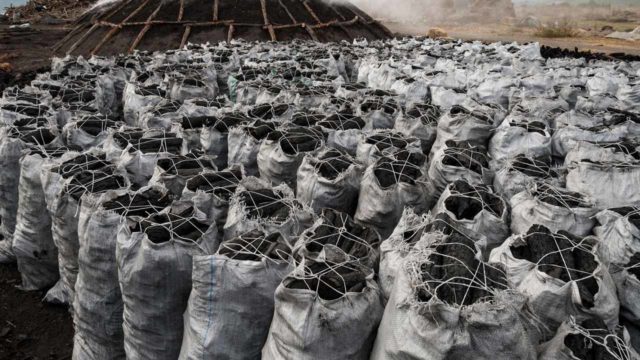 Concerned residents of Jos, the Plateau State capital have decried the increase in the price of charcoal in the state.

Some of the residents, who spoke with the News Agency of Nigeria (NAN) on Thursday in Jos, lamented that the price of the commodity had gone through the roof.

Godwin, who described charcoal as one of the safest and cheapest means of cooking, added that the increase in its price had made life more difficult for poor Nigerians.

“For instance, when you buy N100 worth of charcoal, it lasts you a longer time than other means of cooking.

“But with the hike in the price of cooking gas, a lot of people that were not using charcoal had now resorted to using it.

“The poor masses who can’t afford gas or kerosene usually have a soft landing with charcoal, but today, the price has also increased and it is a serious problem for them,” she said.

Another resident, Hajara Osomobu, a food seller, said the surge in the price of charcoal had affected the operation of most food vendors in the state.

Osomobu, who says she uses both gas and charcoal to prepare food in the canteen, decried that the daily increase in the price of the two commodities.

She said the situation had posed a serious setback to her business, hence forcing her to also increase the price of her food.

Another food vendor, Mrs Bridget Stephen, said that apart from the rise in the price of charcoal, the quality and quantity of the commodity had also gone down.

“It is not just the increase in the price of charcoal but the quality and quantity has also reduced.

“So, instead of increasing our rates because of that, we decided to reduce the quantity of the food per plate so that we can make a profit,” she said.

Mrs Alice Sunday, a charcoal seller, attributed the hike in the price of the commodity to its high demand, and scarcity occasioned by government policy against deforestation as well as insecurity

“It is no longer secret that the daily increase in the price of cooking gas has affected other aspects of life.

“As we speak, cooking gas is sold for N700 per kilogram and this simply means that an average Nigerian can hardly afford that.

“So, a lot of them will now prefer to use charcoal which is cheaper, but the high demand and shortage in supply because of government policy and insecurity has brought about a hike in its price as well,” she explained

On his part, Mr Paul Dajan said the situation had forced most Nigerians, particularly those in the urban and semi-urban areas to return to the use of firewood and other means of cooking.

Dajan however, called on the government to address the continuous rise in the price of cooking gas, adding that the ripple effect was biting harder on the poor masses.

2023: Only God Will Decide Next Delta Governor —Olu Of Warri

Three To Die By Hanging In Ekiti For Robbery, Murder