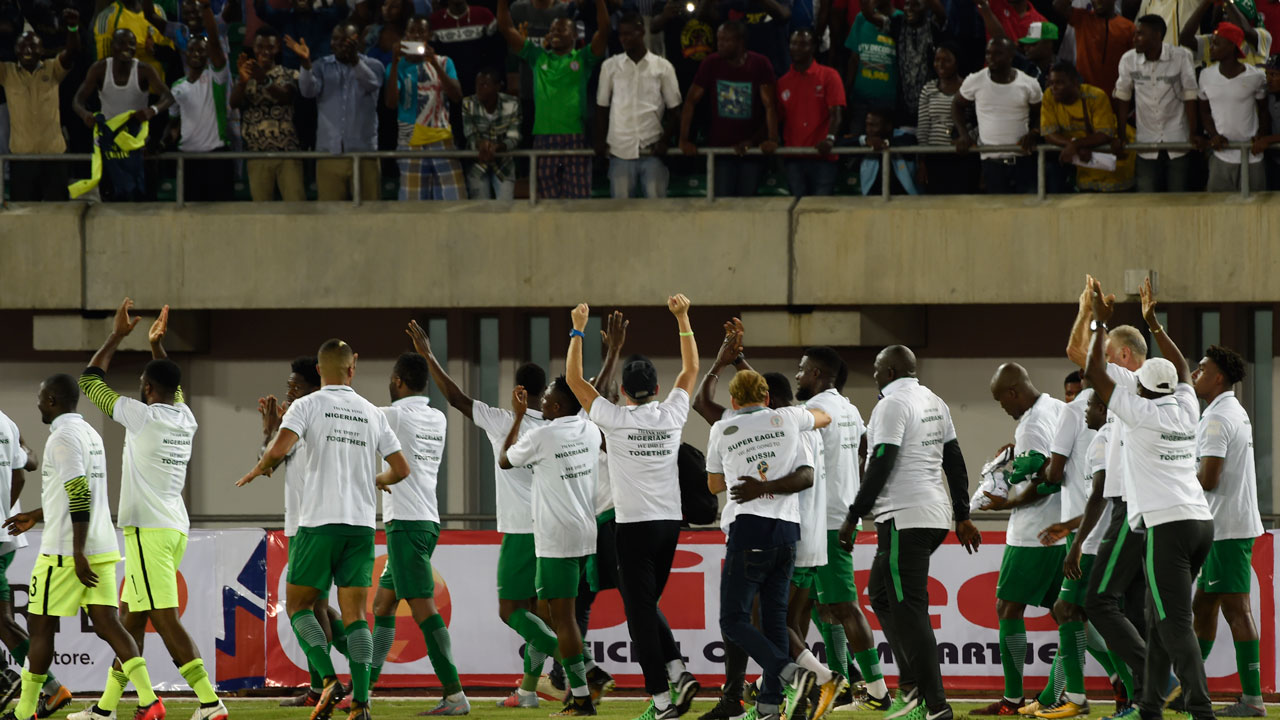 Nigeria players and officials acknowledge the public as they celebrate after the FIFA World Cup 2018 qualifying football match between Nigeria and Zambia in Uyo, Akwa Ibom State, on October 7, 2017. PIUS UTOMI EKPEI / AFP

All the players that featured for Super Eagles on their way to qualifying for the 2018 World Cup will share from the N4.5 billion largesse due Nigeria for being among the 32 teams to vie for honours in Russia.

FIFA will pay the Nigeria Football Federation (NFF) $12.5 million (about N4.5 billion), which is $10 million (N3.6 billion) for qualifying for the 2018 World Cup tournament and $2.5 million to prepare for the competition in Russia.

Such bonuses are usually paid by FIFA to federations of countries that play in any of their tournaments as qualification bonus and to enhance the country’s adequate preparation for the actual tournament.

According to Breaking Times, so far, 37 players participated in Nigeria’s march to the 2018 World Cup and each of these players will receive a share of the qualification bonus.

Should the Super Eagles make it to the knock out stages of the tournament, they will be eligible to receive more money from FIFA.

Money issues hampered Nigeria’s participation at the Brazil 2014 edition of the competition leading to players refusing to train on the eve of their second round game against France. Nigeria promptly lost the game.

Super Eagles’ technical adviser, Gernot Rohr recently pleaded with Nigerians to support the team by ensuring that monetary issues do not derail the campaign in Russia.

“If we want to do something at the World Cup, we have to prepare well.

“We want everybody who wants to be part of the team to show the same solidarity we currently have in the team. “More importantly, we don’t want the issue of money to be a problem,” he said.