Home Politics Presidency: I Resigned My Govt Appointment To Support Atiku In 2019 –... 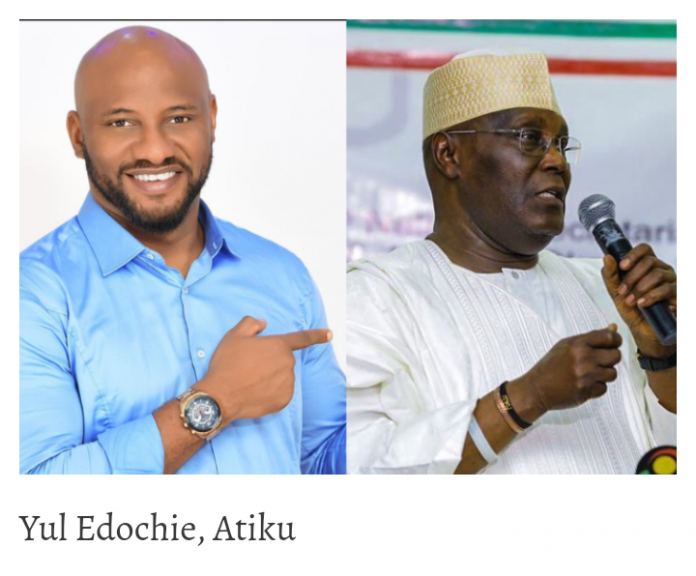 Atiku had run for Nigerian Presidency during the 2019 elections under the Peoples Democratic Party.

In his latest post, Edochie stated that he supported Atiku because he wanted a positive turn around for Nigeria.

Edochie wrote, “In 2019, I supported Atiku for President. I did it with my full chest, proudly.

“I even resigned from my Government appointment then so I could give Atiku my full support without any hindrance.

“I did it because I want a positive turn around in our country. I ‘atikulated’ social media. I ‘atikulated’ the whole of Anambra State. I ‘atikulated’ all Nigerian youths who believed in me to stand with Atiku.Unfortunately, it turned out the way it did.”
Despite Edochie’s support for Atiku, Major General Muhammadu Buhari (retd.) of the All Progressives Congress emerged as the winner of the election.

In the forthcoming 2023 election, Edochie had stated that he wished to run for Presidency and in his post, asked Atiku for support.

Edochie said, “This time around, it’s the turn of the South East to produce the next President. And I have declared my interest to run for President of Nigeria, 2023.

“I hope Atiku will support me the way I supported him. God bless our great country Nigeria.”

Fresh Rumpus In PDP Over Zoning Of Presidential Ticket