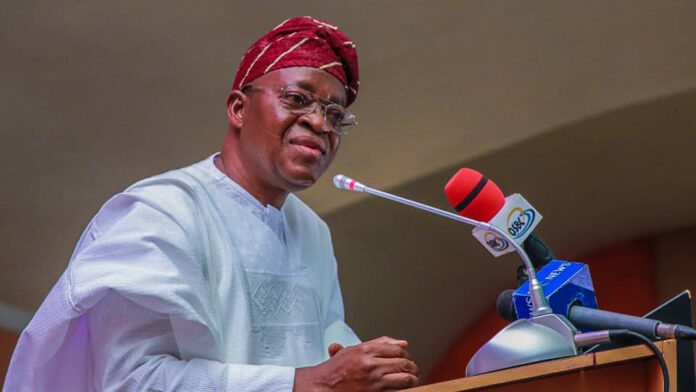 Osun State Governor, Adegboyega Oyetola has charged political appointees and party officials in the state to reach out to other members of the All Progressives Congress that were yet to benefit from appointments, in a bid to keep the ruling party united.

Oyetola spoke on Sunday at a meeting held with party officials and political appointees at Government House, Osogbo.

He said when he assumed power, the political realities of the time made governing the state looked difficult.

“But God has always led our path. Today, we are building roads, paying salaries and pension as and when due. Every senatorial district is asking for more roads without remembering where we started from.

“To the glory of God, we are placing the state on the path of prosperity. Some states cannot pay salaries as we are doing, and our infrastructure drive is not suffering.
“I plead with those of you in offices in various capacities to reach out to those yet to benefit from appointments, with a view to keep the party united. Your welfare will always be my priority,” Oyetola said.