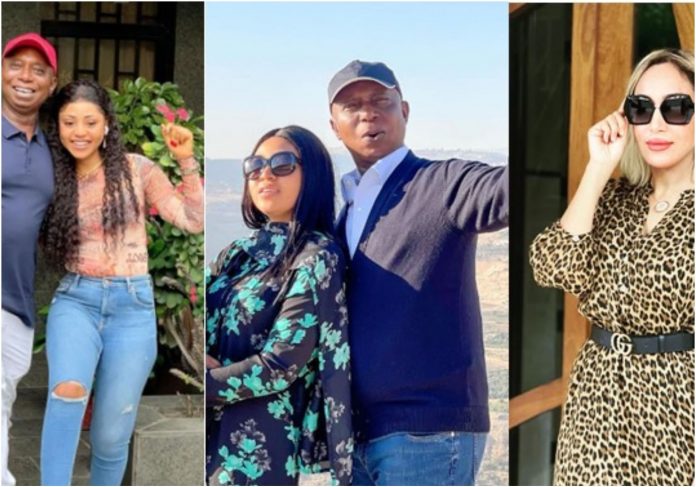 Laila Charani, the Moroccan wife of Nigerian billionaire lawyer and politician, Ned Nwoko has announced publicly that she has separated from her husband.

Laila indicated that she is no longer part of the Nwoko’s family because she has divorced him and warned those who will make negative comments about her as the person will be blocked if he or she does so.

“Hello Guys, I just want to say that no one has the right to talk about my marriage.  Please stop talking about people’s lives and I have divorced him already and nothing between me and him. Anybody following me because of him can unfollow please. Thanks. I’ll block any negative comment”, she revealed.

This new development has left a lot of Nigerians in shock as many loved the way Ned Nwoko was running his polygamous family even though a lot of people did not like the idea of marrying multiple wives.

However, fans have reacted to the announcement and some are of the view that the divorce between Laila and Ned is a result of the strong Kayanmata force Regina Daniels has engineered by Jaruma.

Here are a few reactions to the announced split.

@jxnnxdn wrote; “If not for d handiwork of JARUMA d KAYAN MATA seller worldwide , who else ”

officialbobbyfrederick wrote; “Obviously!!! I haven’t seen a successful polygamous home before, I don’t know about u Sha but me I haven’t …Ned is for everyone very soon Regina go understand too”

@nenegeorge wrote; “Better for her. He wasn’t even giving her attention anyways. Wishing her the best!”

@bigkura wrote; “Dem no go separate ke! When kayanmata jam kayanmata one go press for one ”