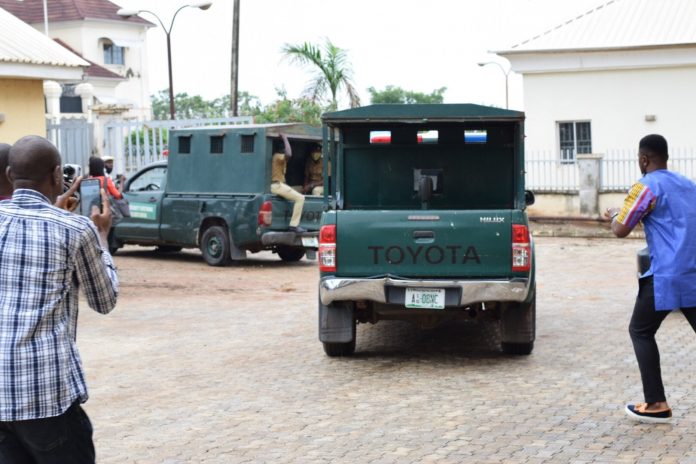 The Nigerian Correctional Service (NCoS) says a gunman was shot during an attempt to hijack an inmate at Tafawa Balewa Square (TBS) in Lagos.

According to NAN, Olarotimi Oladokun, NCoS spokesperson, confirmed the attack during an interview on Wednesday.

Oladokun said the attack was staged by persons suspected to be associates of an inmate.

He said one of the attackers was shot while he attempted to seize the rifle of a security operative.

He said Adewale Adebisi, NCoS controller, had immediately instructed the deployment of a task force to the court premises to prevent the escape of inmates.

The NCoS spokesperson confirmed that all the inmates were successfully returned to the custodial centre.

“This quick response and vigilance of the NCoS court escorts thwarted their attempt,” he said.