Doris Ogala has claimed that, indeed, Jane Mena called her to beg Tonto Dikeh to save her marriage by refuting claims her sex tape is with Tonto’s ex, Prince Kpokpogri.

Earlier today, it was revealed that Jane sued Tonto for the sex tape allegation she made about her.

Subsequently, Tonto hit back at Jane’s lawsuit. The actress stated that Jane called her friend, begging, and asking her to plead on her behalf. 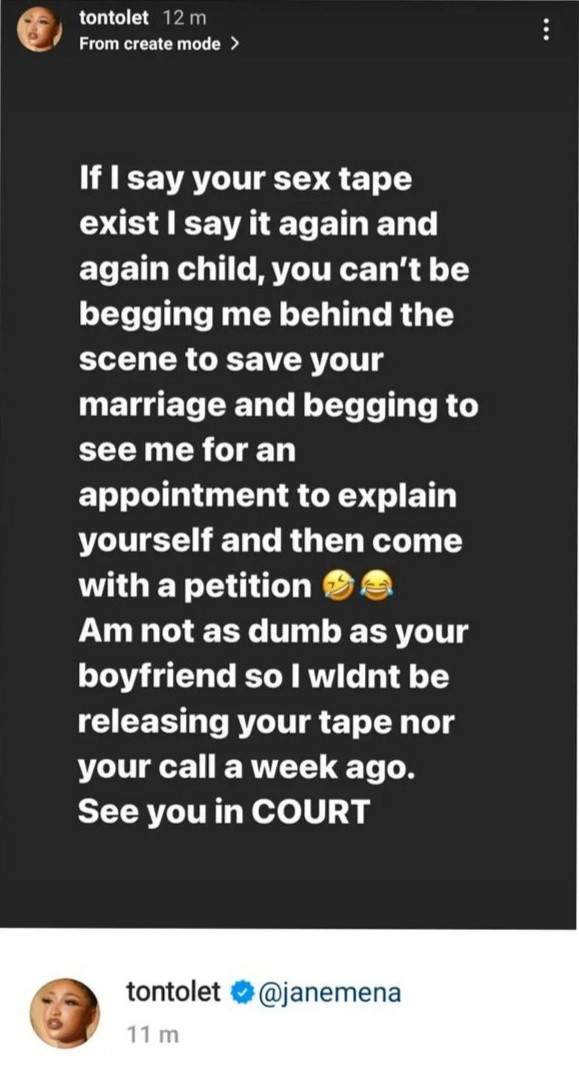 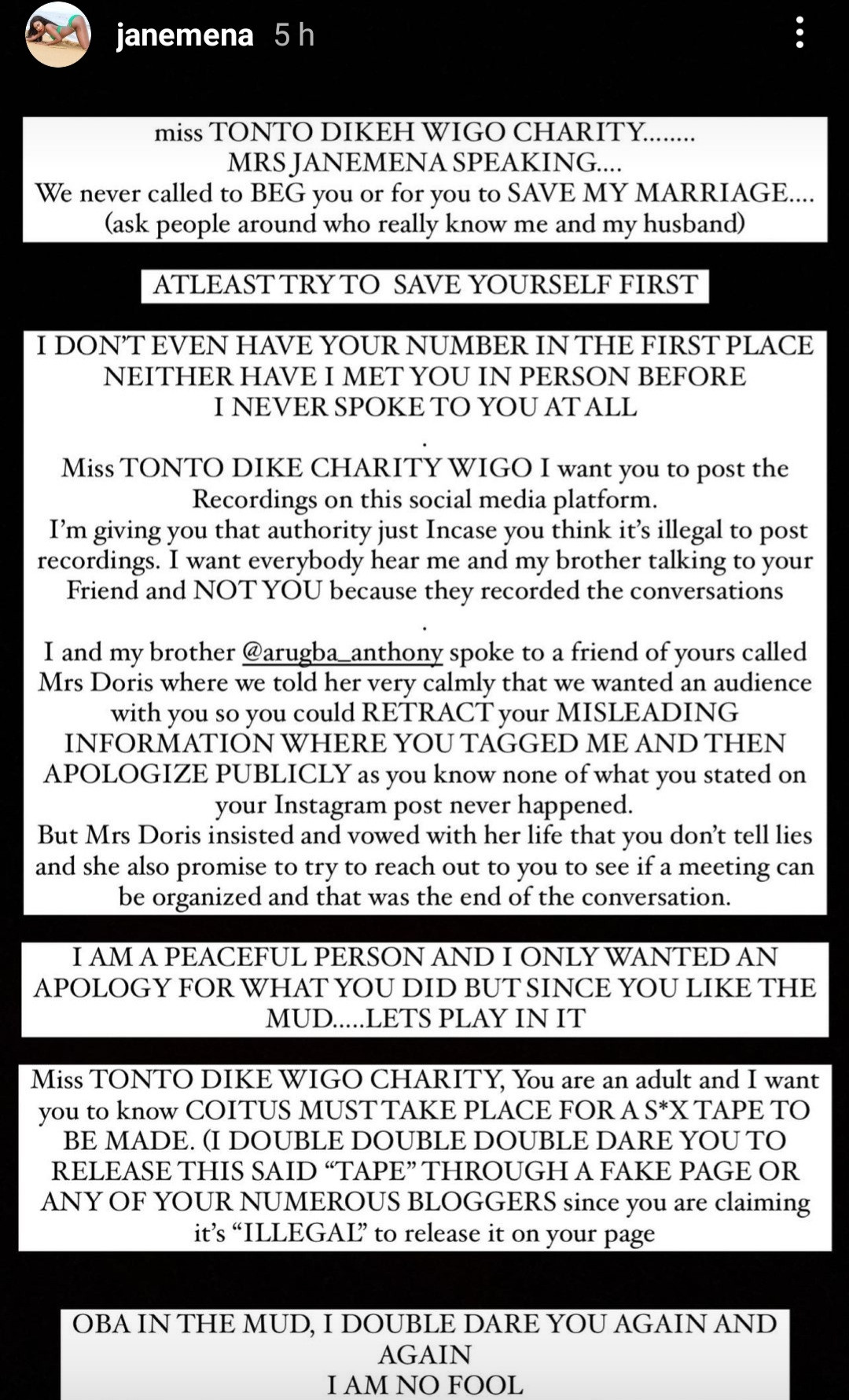 She said Jane called her pleading with her to speak to Tonto.

She accused Jane of saying one thing only to come on social media to say a different thing.

She added that Jane is speaking from both sides of her mouth.

She told Jane that there’s no need daring Tonto and that no amount of denial will change what they discussed when they spoke.

Tonto responded to Doris’ post, telling her that they will release everything to the right authorities when it’s time. 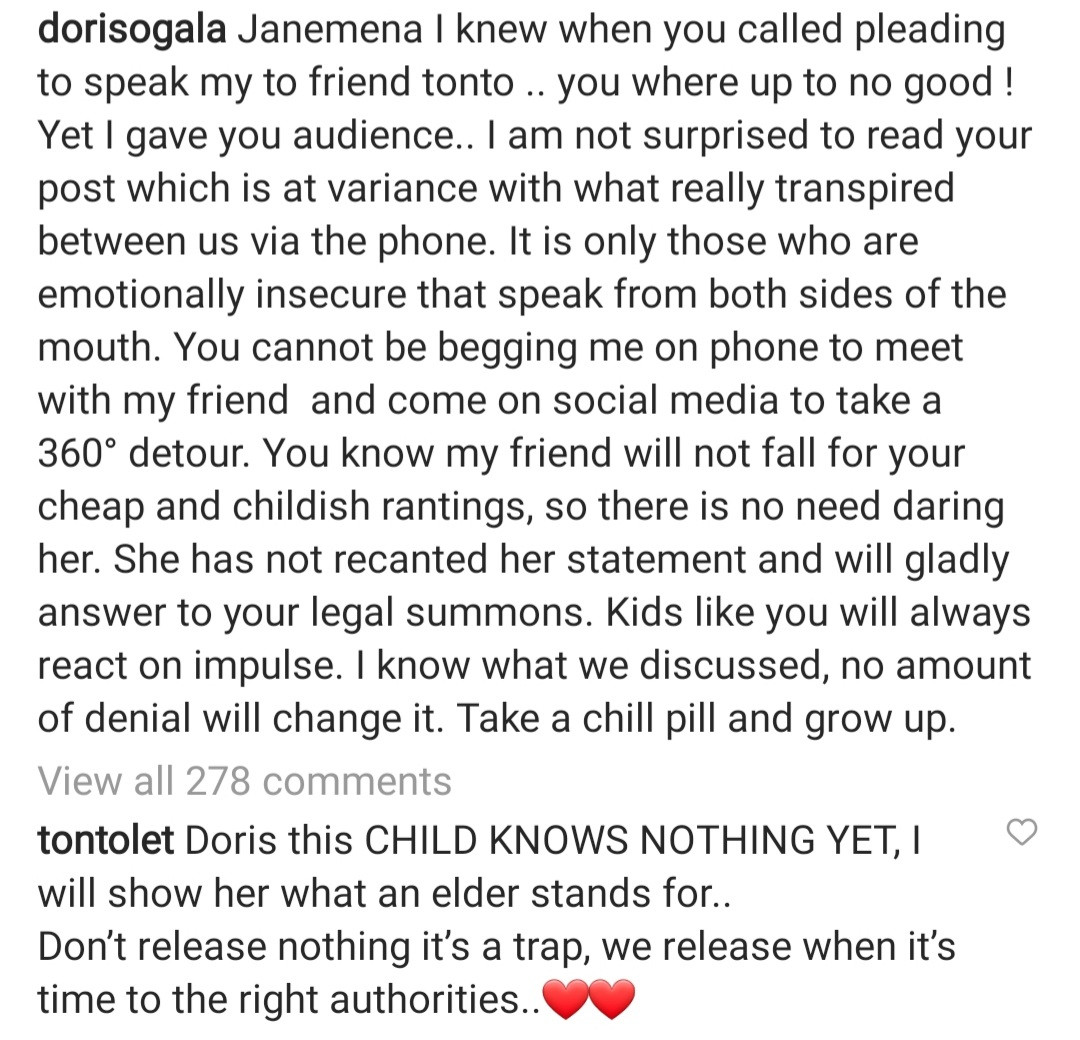 Jane Mena and her brother do not deny that they called Doris Ogala. However, they said they didn’t call to beg Tonto to save her marriage as the actress claims, rather, they called to ask Tonto to recount the “false” claims she made about Jane.

I Never Fake My Love For Anything. That’s Why I Take Betrayal Personal – Tonto Dikeh Reacts