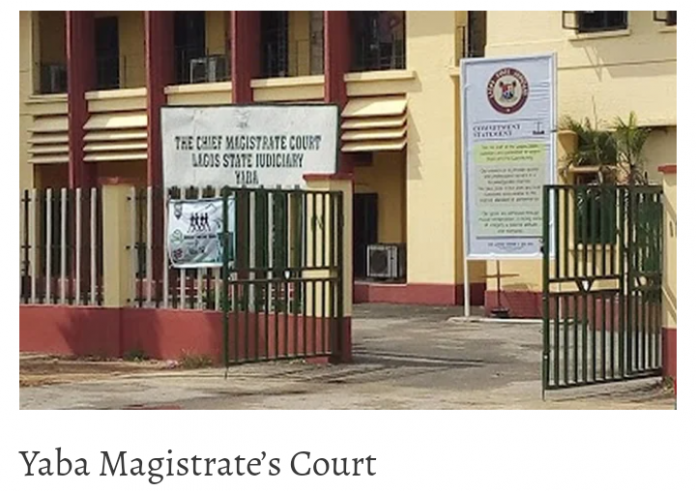 No fewer than 108 suspects were on Monday arraigned before the Yaba Chief Magistrate’s Court for allegedly impersonating officials of the Nigerian Navy.

PUNCH Metro had reported that the suspects were arrested when men of the Lagos State Police Command raided their training camp in the Ogudu-Sanfield area of the state.

The state Commissioner of Police, Hakeem Odumosu, while parading the suspects who were said to be operating under the name of the Nigerian Merchant Navy, aka Coastal Defence, vowed to prosecute them.

He noted that the commander of the training camp, Mr Sunday Dakare, was granted bail in the sum of N5m with three sureties in like sum.

Ajisebutu said, “The suspects were charged with conspiracy, conduct likely to cause a breach of the public peace, obtaining money under false pretences, impersonation and fraudulently acquiring naval military accoutrement contrary to and punishable under sections 411, 168(b), 314, 79(i)(a)(b) of the Criminal Law of Lagos State of Nigeria 2015.

“One hundred and seven of the suspects, who were applicants, were granted N100, 000, and two sureties bail condition each, while their commander, Mr Sunday Dakare, had a stringent bail condition of N5,000,000, three sureties who are level 12 officers with landed properties within Lagos. The sureties must deposit their passports with the court.
Eighty-six male suspects were remanded in Ikoyi prison, while the 22 female suspects were remanded in SCID, while the case was adjourned till January 18, 2022 for mention.”