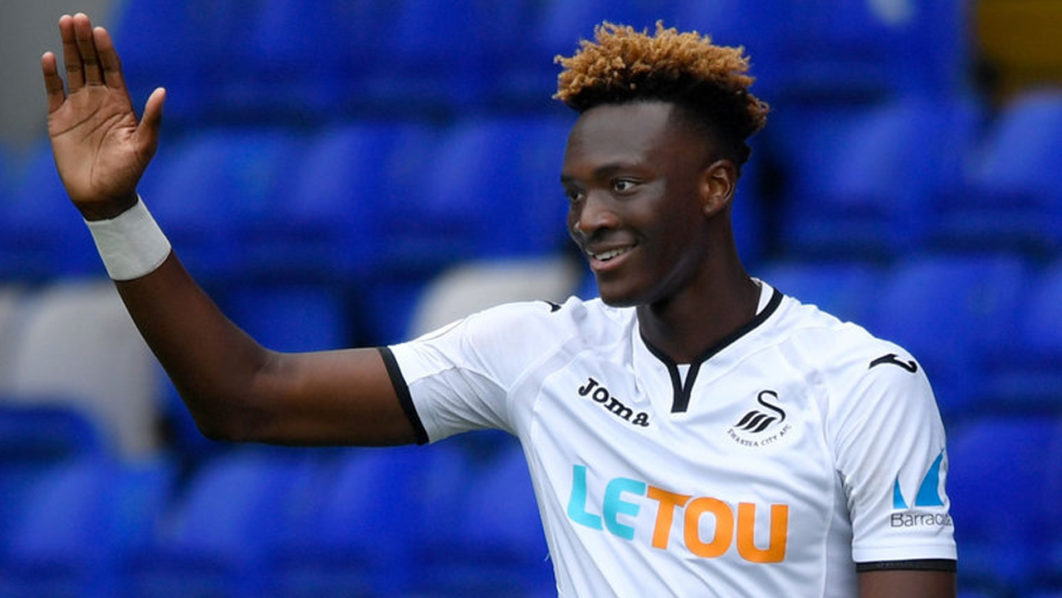 Nigeria have moved on since Swansea City striker Tammy Abraham opted to play for England even though they are shopping for strikers since qualifying for next year’s World Cup in Russia.

President of the Nigeria Football Federation (NFF) Amaju Pinnick spoke of a “positive” meeting in London with the young striker, whose father is Nigerian, and his agent to change his international allegiance to Nigeria after he has represented England at age-grade levels.

However, just hours after that announcement, Abraham himself put out a statement saying he will consider a future with England instead.

Super Eagles coach Gernot Rohr has now said he is not bothered the England U21 striker will not consider a future with Nigeria.

Abraham has scored four goals in the Premier League this season for Swansea on his loan deal from champions Chelsea.

“Rohr is not losing sleep over Tammy Abraham’s decision to play for England instead of Nigeria,” said Eagles spokesman Toyin Ibitoye.

“Things might change in the future, but the man is not worried over Tammy’s decision and won’t be losing sleep over him.

“The coach is focused on looking for players who are ready to play for Nigeria out of their own volition.

“He said he is looking for players who are ready to give him 200 percent when they play for the national team.”

Last month Chelsea’s Ola Aina, switched allegiance to Nigeria after he has played for England in age-grade levels.

He made his official debut against Zambia earlier this month. And in recent times, Victor Moses and William Troost-Ekong also changed their international allegiances.