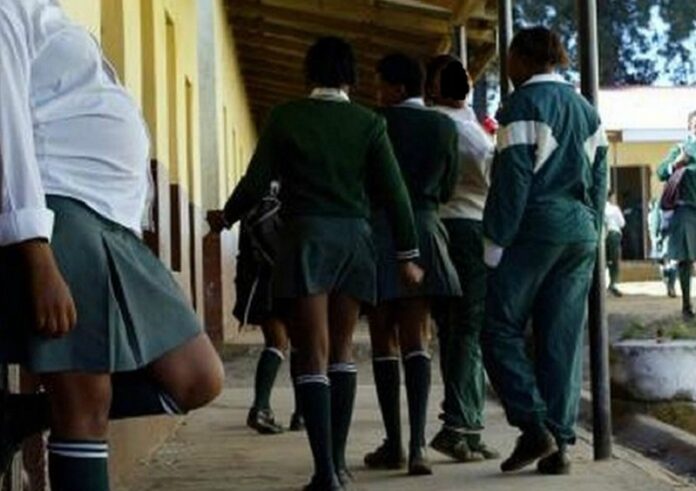 The father of a 16-year-old Senior Secondary School 3 student, Stanley Ejekwu, has accused a school teacher, identified as Caleb, of impregnating his daughter and absconding with her.

Ekekwu alleged that her daughter’s teacher in the Diobu axis of Port Harcourt may have absconded with the girl as a result of the pregnancy and appealed to the public to prevail on the matter and help disclose their whereabouts.

Speaking with newsmen in Port Harcourt, Ejekwu disclosed that he saw a WhatsApp chat of a man with his teenage daughter where the man was asking the girl when they were going to have sex, as they have been dating for about six months.

Ejekwu explained that he had put a call across to the man and warned him to steer clear of the girl, not knowing he was her teacher.

The father of the teenage girl said the girl left the house since December 2021, after it was discovered that she was pregnant and found out that the teacher was responsible for her pregnancy, the matter was reported to the Mile 3 police station.

“Why is it that my daughter cannot contact any person in my house but the teacher? He forwarded my daughter’s number to me. I gave every belief that he is holding my 16-year-old daughter.

“The other pupils in the school told me that the food my daughter takes to school, that they eat it together every day in school.

“So I went to the Mile 3 police station because I discovered that my daughter was pregnant and she ran away from the house, I saw a love message this man sent her and I called to warn him against what he was doing.

“Later I found out she was pregnant. I asked her who impregnated her, she then ran away from the house

“I called the school proprietor to report that my daughter was missing since last month and that the only person I am suspecting is a teacher in their school. Later, the owner of the school called me and said they had been communicating.

“That is why I went to the police station to ask them to help me find my daughter,” he stated.

Caleb, on the other hand, in an audio message obtained by our correspondent, denied any knowledge of the student’s whereabouts.

“I don’t know anybody’s whereabouts, I had about this matter when Mr. Ekekwu came to the school to report that his daughter was pregnant and missing. But I don’t anything about it,” he stated.

When contacted, the state acting Police Public Relations Officer, Grace Iringe-Koko, said she will find out from the Mile 3 police station and get back to our correspondent.

She had yet to give feedback at the time of filing this report.