A teenager has proposed to his much older girlfriend who is old enough to be his great-grandmother.

Giuseppe D’Anna, 19, has taken the internet by storm after posting a video to TikTok showing his proposal to his girlfriend, who is 76.

He shared the video on Tuesday, May 24, and other TikTok users criticised the age gap between the pair.

The video, which has been viewed more than 138,500 times, is captioned ”La nostra promessa”. In English, this translates to ”our promise”. 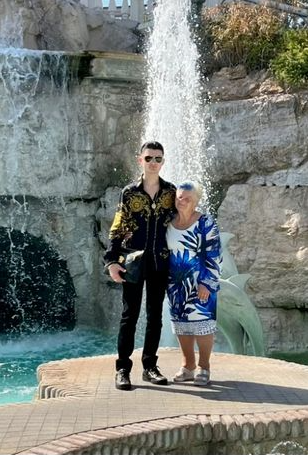 In the video, the young man is seen kneeling on his right knee in front of his girlfriend. He is pictured holding more than a dozen huge balloons in the shape of a heart and passionately kissing his elderly girlfriend. 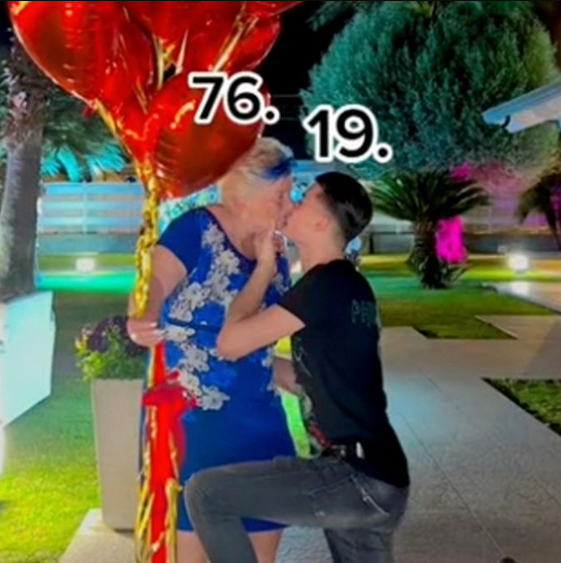 In spite of the trolls’ reactions, he wrote: ”And this is only the beginning of a long series.” 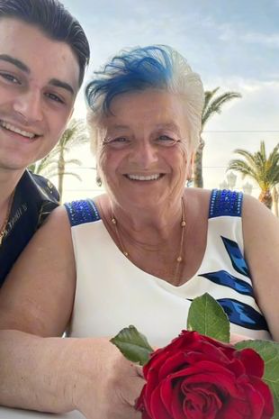 The post left many people speculating about why Giuseppe may be with the older woman.

Some suggested she’s rich and he’s in it for the money.