Home News The COZA Pastor And His Cross

It seems a bit calm now. With the last of the protesters receding from the street to join their colleagues on the social media, and echoes of their rambunctious outing reverberating across the land, it is now fit and proper to examine dispassionately the rape allegation against Commonwealth of Zion Assembly (COZA) Senior Pastor Abiodun Fatoyinbo.

Perhaps it would have been ignored, like many of such grave allegations hurled around all the time, but this was not just another mudslinging from a nonentity. It was coming from a somewhat credible source – Bisola, wife of songster Timi Dakolo. The story is well known; no need to recount here some of its raw, salacious details, this being a family newspaper, so as not to offend the sensibility of our dear readers.

A young girl attends church faithfully. She gets noticed by the pastor who is also close to her family. One cold morning when nature is still trying to rouse everybody from sleep, the pastor shows up at the door, pushes the young girl, who is in her night wear, onto a chair, shuts her mouth and rapes her. She is all tears after the bloody action. The “man of God” rushes outside to his car to fetch a bottle of the soft drink Krest (Bitter Lemon) and offers the krestfallen –sorry; an error there – crestfallen girl the drink. She gulps it down her dry throat.

“You should be happy that I did this to you,” Mrs Dakolo quotes “the man of God” as saying. A few days after, he did it again – on the bonnet of his car. Twice in one week. Fast forward many years after and hundreds of kilometers away from Ilorin, the scene of the action, to Abuja. Mrs Dakolo and her husband are strong members of COZA.

Then, Mrs Dakolo, suddenly realises that there is a void in her heart. She has been fighting a long- time battle in her troubled mind – the psychological and traumatic effect of being raped some 17 years ago, allegedly by the very man who has been her spiritual guide. She decides to tell her story.

Enter the activists. Anger. Curses. Abuses. Rage. An anti-Fatoyinbo coalition sprouts in Lagos and burgeons in Abuja, demanding that the pastor steps aside.

Fatoyinbo quits, even as he denies it all. He is threatening to launch a legal battle to reaffirm his badly shaken integrity. His wife is standing solidly by him, insisting that even as an unbeliever her man would not rape a woman. Truly, Fatoyinbo is good looking; tall like a basketball star, a cherubic face and a fine sartorial taste – in a world in which good looks is everything and character counts for little.

It all seems like some Hollywood stuff, full of action and drama, romance, spiced with moving scenes of love, sex, betrayal of trust by a spiritual guardian, a shepherd who failed the test of fidelity in matters of concupiscence, his escapades becoming the stuff of campus cultism legend.

But, wait a minute; just a note of caution – these are mere allegations, which require a cast-iron evidence to prove. There have been stories of what his critics swear is Fatoyinbo’s horrid past, including, they insist, his sexual peccadilloes. Again, some of the details are, considering their vulgarity, not fit to be published here.

Should a pastor, who is deemed to have been successful in his calling – I have no skill to judge if he was, in fact and indeed, called – be mobbed because of his sordid past, which he may have renounced? Consider II Cor. 5:17: “If any man be in Christ, he is a new creature: old things are passed away; behold all things are become new.”

In other words, is Fatoyinbo being judged by his past or present libidinous peregrinations? If he refuses to confess, what next? Will the Dakolos sue? Rape is often tough to prove. Many abandon their cases after being cross examined by lawyers who ask all manner of embarrassing questions. A weak accuser often breaks down under cross-examination by lawyers.

“What is your proof? Was there a witness? Were you protesting all through? Were you screaming or moaning or murmuring or crying or swearing?  How did you feel during the act and after? Tearful? Can I put it to you that those were tears of joy? Did you report to the police? Where is the medical report?

How many boyfriends do you have? Do you agree that my client is a handsome man with whom any woman would not mind lying in bed? I put it to you that he got your consent to do it; you are merely a gold digger who is envious of his being a ladies’ man.” Easy to handle? Not at all.

Those who see the Fatoyinbo scandal as a metaphor for what they think are church leaders’ calamitous conducts are damn wrong. We have a large army of good Christian leaders; the bad eggs are few. We also have them in other faiths. No need to gloat. This is part of our human foibles.

When rape is proved, the convict hardly recovers; the victim feels good that justice has been done. Perhaps “Iron” Mike Tyson, the ex-boxing champion, would not have lost it all if he had not been jailed for raping beauty queen Desiree Washington. Former IMF chief Dominique Strauss-Kahn got into trouble for allegedly having a coerced sexual relationship with an employee. He got off the hook with a payoff. His wife dismissed it all as “a one- night stand, which is now behind us”.

A varsity teacher got his glittering academic career shattered after demanding sex to pass a student.  Richard Iyiola Akindele, a professor at the Obafemi Awolowo University (OAU), is serving a six-year jail term. He joins a long list of men who found trouble on the hot laps of women, even if they did not rape them. Bill Clinton and Monica Lewinsky.  Samson and Delilah. David and Uriah’s wife. Fidelis Oyakhilome, the anti-drug czar, and Jennifer Madike. Sani Abacha and the yet unknown Indian women. Paul Wolfowitz, the ex-World Bank chief and an employee. And many others.

Poor Mrs Dakolo. Considering the world we live in nowadays, she may well find a huge redeeming window in all this. She may soon hit the lecture circuit, telling her story, encouraging abused women to speak out and, of course, making money, even as she solidifies her marital felicity. Talk of some fortune in a misfortune. Didn’t the bard say “sweet are the uses of adversity”?

A group of young lawyers have found an opportunity for their trade in Mrs Dakolo’s story. A friend sent me yesterday a copy of a legal agreement they have drafted for men who will demand that women should sign before having any intimate relationship (apology to Mr Clinton, aforementioned) with them.  The title is “Agreement Before Action”. “I, Mrs/Miss…, of the following address (hereinafter referred to as the …) …certify that I am above 18, that I am not being forced to do this; that I am not under the influence of alcohol or any narcotic; that I am neither asleep nor drunk; that I will never make a case against Mr…now or in the future… Signed on this…day of …(month) …(year) at …(a.m/p.m).” Every randy man is encouraged to always have a copy in his pocket.

Will this promote peace? 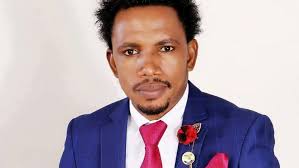 THE police have invited Senator Elisha Abbo of whom neither the biblical Elisha nor the good people of Adamawa North will be proud, considering his assault of a nursing mother in an Abuja adult toys shop. The distinguished senator says the video in which he is shown slapping the woman repeatedly and ordering her arrest was doctored.

That was before he, apparently realising that the game was up, apologised late yesterday.

The Senate ordered an investigation. Needless. This is a simple police matter. Let the senator make a statement and, if a “prima facie” case is established, he should be charged to court.

We have always found a way to cope with the pandemonium that sometimes occurs on the floor of the Senate and what some people believe is our lawmakers’ predilection for wild libidinous attitudes (underage marriage, obscene language and all that); now we have to stop them from fighting in an adult toy’s shop–a euphemism for the home of sex toys.

Abbo claims that the woman he assaulted said he was drunk. Was slapping her and behaving as if on drug the right way to show that he had not hit the bottle too hard?

How about the policeman who aided and abetted this action?

Some people have argued that Abbo is immature, adding that he has betrayed “Not-too-young-to-run” campaigners. They say he is abusing the privilege thrust on him by fate, that unseen hand in human affairs.

He is in Abuja visiting adult toy shops while his mates are selling live chickens and mobile phone recharge cards on the streets of Yola.

No doubt, this Elisha is no prophet. Neither was he called. He has regretted his action. If the assaulted woman would not press charges, he should be let off the hook.