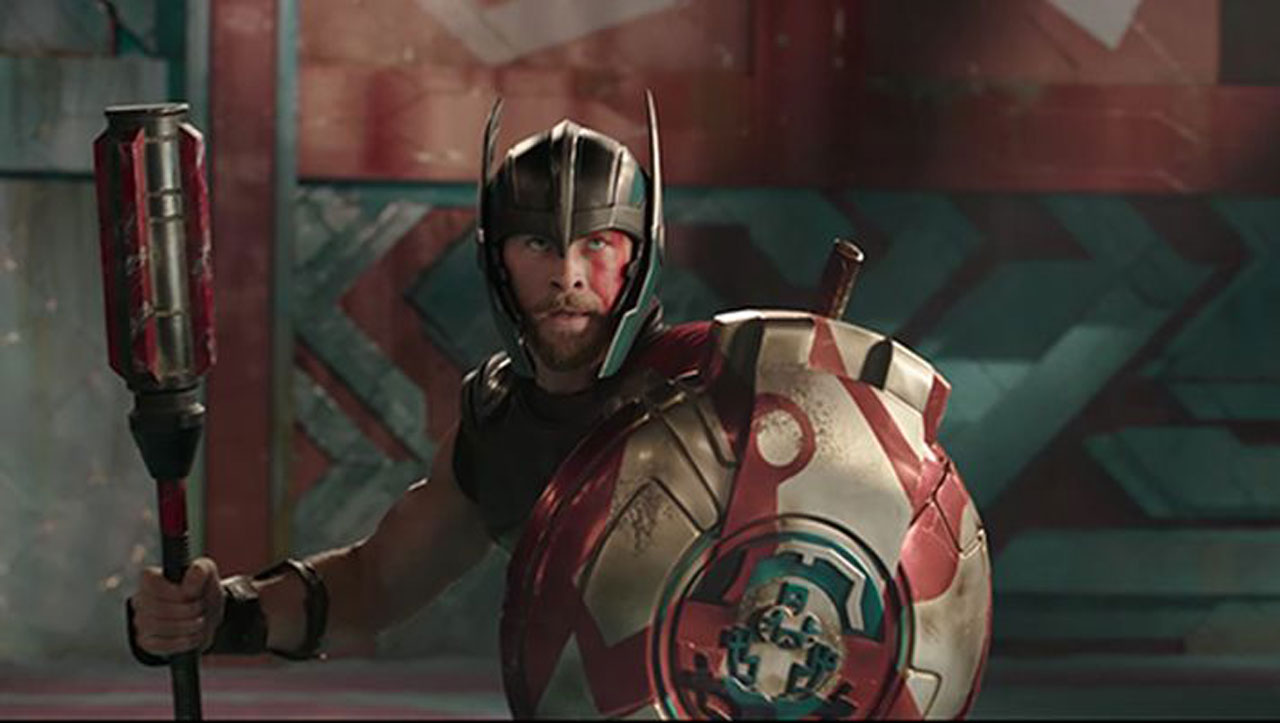 It may not get the same affection lavished on Iron Man or Captain America, but the Thor franchise looks set to complete a record year for Marvel on its opening weekend.

Bolstered by glowing early reviews, Thor: Ragnarok — the third instalment of the God of Thunder’s intergalactic exploits — is projected to take $90 to $100 million from Friday through Sunday.

If it hits the higher end of that estimate, the Disney-owned studio will celebrate its first hat-trick of $100 million-plus domestic openings in one calendar year — following the success of Guardians of the Galaxy: Vol. 2 and Spider-Man: Homecoming.

Indie director Taika Waititi’s quirky sense of humour is being credited with piquing interest in the franchise, four years after the listless Thor: The Dark World performed well at the box office but failed to wow critics.

“Thor Ragnarok is one of the funniest Marvel Studio movies thus far, definitely the best Thor film,” Peter Sciretta, owner of the SlashFilm entertainment website, tweeted after a preview screening.

The 17th movie in the Marvel Cinematic Universe (MCU) — a series of superhero films that have taken a combined $12.6 billion worldwide since 2008 — opens with Thor imprisoned on the other side of the universe without his mighty hammer.

The Prince of Asgard finds himself in a race against time to get back to his homeworld and stop Ragnarok — the end of Asgardian civilization — at the hands of an all-powerful new threat, the ruthless Hela.

‘New direction’
Chris Hemsworth (actor in Rush and In the Heart of the Sea) plays the titular hero for a third time, joined by fellow returnee Tom Hiddleston (The Night Manager, Kong: Skull Island) as Thor’s duplicitous adopted brother Loki.

But Marvel Studios chief Kevin Feige was looking for a director who could redefine the tone of the franchise for the threequel, to fully exploit Hemsworth’s arguably underused comic talents.

More known for independent, low-budget storytelling in the acclaimed comedies What We Do in the Shadows (2014) and Hunt for the Wilderpeople (2016), Waititi felt he’d made his mark in that world, and wanted to stretch himself.

The result is a breakneck space adventure with powerful, character-driven emotional interludes but more self-aware punchlines than almost any other entry in cinema’s rich canon of superhero movies.

Waititi told a news conference in Beverly Hills he assumed Marvel had “lost their minds” when they approached him and concluded that “they’re just hiring anyone now.”

‘Dream come true’
“It’s a huge, huge film. And what can be distracting on set is if you look over your shoulder, and you see 300 people standing there,” he said.

“I just had to keep reminding myself what’s more important is what’s inside the rectangle and, usually, it’s two or three people trying to remember their lines.”

The movie, which hits US theatres on November 3, features scene-stealing turns from MCU debutants Goldblum, who said his involvement was “a dream come true,” and Blanchett, playing Marvel’s first lead female villain.

“Apart from working with these guys, obviously, the chance to finally, in my deep middle age, get fit and to wear that much lycra, was really exciting for me,” she joked.

Thor also gets to kindle a cute comedy bromance with his bad-tempered ally The Hulk (Mark Ruffalo), last seen rocketing into space aboard the auto-piloted Quinjet in Avengers: Age of Ultron.

When Hemsworth suited up once again to play Thor, he was excited by the more brash, adventurous direction the Asgardian prince was being pushed in, he said.

The Norse hero has been largely deprived of his iconic hammer and shorn of his flowing flaxen locks, but Hemsworth said shedding familiar characteristics helped him make a fresh start.

“And I wanted it to be unfamiliar, and so everything from the hammer to the costume, the hair… forced me to move differently, and so that was a great thing,” he said.