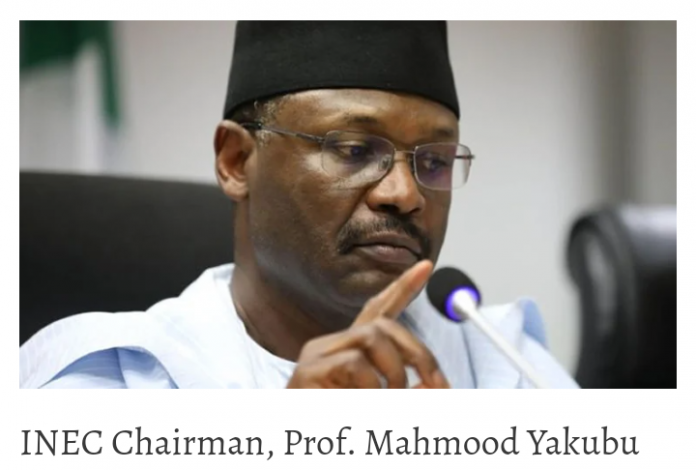 Continued delay in the assent to the Electoral Act (2010) amendment bill may affect the adoption of the new amendments for the 2023 general elections, the Independent National Electoral Commission has said.

The commission said though it operates based on existing legal regime, it was important to have the law that would guide the elections in place at least 12 to 18 months before the exercise.

Already, the Chairman of INEC, Prof Mahmood Yakubu, has announced February 23, 2023 as the date for the presidential election, which is about one year from now.

The amendment, prompted by the compelling need to engender transparency, improve the electoral process and boost the credibility of elections, had generated nationwide debate, especially the need for electronic transmission of results and the contentious direct primary made mandatory for political parties.

The President, Major General Muhammadu Buhari (retd.), revealed in his letter to the National Assembly that the direct primary clause, inserted by the lawmakers, was the sole reason he vetoed the bill, noting that parties should have options on the mode of direct primary to adopt. “You can’t dictate to people and say you are practicing democracy,” he added.

INEC National Commissioner and Chairman, Information and Voter Education Committee, Mr Festus Okoye, in an interview with Saturday PUNCH on Thursday, however, said, “The commission operates on the basis of the existing legal regime. The commission released the timetable and schedule of activities for the Ekiti and Osun states governorship elections based on the extant and existing constitutional and electoral legal framework.

“The commission does not operate on the basis of speculation and deductions. Yes, the commission is aware of the pendency of a bill to amend the existing legal regime. That bill is still inchoate and does not become law until it is signed by the President and or the National Assembly determines otherwise.

Hopefully, issues around the amended law will soon be resolved. It is important to have the legal regime in place at least 12 to 18 months before a major election. It is also important to resolve the issues based on the differential timelines in the existing electoral act and the one that is projected in the bill.”

After the President vetoed the bill, many lawmakers expressed anger over his decision.

In the upper chamber, angry senators threatened to override his veto. Some of them had begun collecting signatures to this effect, but the move was later jettisoned following persuasion from their colleagues and the party.

The two chambers agreed to revisit the bill after their Christmas and New Year recess.

Meanwhile, there are expectations that the new bill would be signed into law in the next few weeks, given that the President has expressed readiness to sign the bill if the contentious direct primary clause was removed, while on the other hand, the leadership of the National Assembly has also promised to revisit the bill once they resume on January 18.

The President made this commitment during his interview with Channels Television on January 5, 2022.

The Speaker of the House of Representatives, Mr Femi Gbajabiamila, had also promised that the National Assembly would consider removing the clause but that if the majority of the lawmakers did not agree for it to be removed, the process prescribed by the constitution would be adopted, which is a veiled reference to the National Assembly voting to override the President’s veto.

Speaking in Lagos while inaugurating some projects in his Surulere constituency on December 30, Gbajabiamila said, “If you follow the history of the amendment of the direct and indirect primary bill, I initiated that amendment bill for a good reason and it was for people to participate in elections. These are the people you see around when you campaign every four years.

“For me, it does not make sense that these people do not have a voice in who represents them. It is part of being used and I didn’t like that. Most of us are reformers and one of the ways to reform the system is to make it more accountable and to make the people have a voice in who represents them as opposed to a few people sitting in the four corners of a wall and writing results.

“There is a process; when we come back from recess, as I said, the House will look at those amendments. We will sit as the National Assembly, look at the reasons and at that point, consider removing that clause and pass the bill so that we do not throw the baby out with the bath water.

“But then, it is not my decision to make. It is the decision of the National Assembly; if they determine that the reasons are not good enough, then, there is a process prescribed by the constitution.”

Similarly, the Senate President in his New Year message on January 1 said, “We believe that sustainable democratic governance requires a transparent and credible electoral process. Following the decision of President Buhari to withhold assent to the bill, we shall make further consultations on the issues on our resumption of plenary in January.

We shall find a way forward on this critical legislation in the new year. We are determined to deliver an Electoral Act that stands the test of time in safeguarding democracy and the electoral process in Nigeria.”

In 2018, the amendments to the Electoral Act to improve the electoral process did not succeed because the President rejected the bill four times.

The fourth time the President rejected the bill was in December 2018. He said the general elections were too close and that signing the bill into law could cause confusion and disruption of the polls. He, however, gave a proviso that unless the lawmakers would specify that the amendments would take effect after the 2019 polls, an option the lawmakers rejected.

Notably, with the amendments not signed into law, the INEC chairman lamented that the primaries conducted by the political parties ahead of the 2019 elections were some of the most “acrimonious” primaries in the country’s recent history.

To avoid putting INEC under avoidable pressure or giving room for the amendments to fail, a coalition of civil society organisations on Monday called on the National Assembly to make the Electoral Bill a priority when they resume on January 18. They asked the lawmakers to deal with the issue within 48 hours.

The CSOs, in a communiqué signed by the Executive Director, Adopt A Goal Initiative, Ariyo-Dare Atoye; Convener, Raising New Voices Initiative, Jude Feranmi; Convener, Human Rights Advocate, Rachel Anyanwu and Godbless Obuture, Convener, Ready To Lead Africa, said whether the lawmakers would override the President’s veto or accede to the wishes of the President, the bill must be a priority.

The communiqué partly read, “Under no circumstance should the January 18 resumption date set by the leadership of both chambers for members of the Senate and House of Reps be postponed. Any further delay will put in jeopardy our efforts to ensure the passage of this bill.

Cross-referencing errors which may cause issues in the interpretation of the law and the execution of the law by agencies should be corrected before passage or transmission to the President.

“These errors have been identified by civil society organisations and have been shared with the leadership of the National Assembly. They pose another obstacle to the passage of this bill. We must not forget that errors like these were one of the reasons that President Buhari gave in the eighth National Assembly for refusing assent to the bill.”

Meanwhile, INEC has expressed hope that funds due to the commission will be released on time so as to aid its preparations for the elections.

The commission had on December 20, 2021 presented a budget of N305bn to the National Assembly, saying this was independent of the N40bn yearly budget of the commission, which includes expenditure for off-season elections. Yakubu noted that N100bn had been released to the commission, remaining N205bn.

When asked for an update on the commission’s level of preparation, Okoye said, “The commission has defended its 2023 budget before the Appropriations Committee of the National Assembly.

Yakubu had said the N140bn was broken into two. “We take it that N40bn is our regular budget as an agency of government and N100bn is the first tranche of the 2022 budget. We have gone ahead to make provisions accordingly,” he added.

In a related development, the commission has said it will procure no fewer than 200,000 Bimodal Voter Accreditation System, which the commission says would more or less replace the card readers in future elections.

The commission had said the BVAS, first deployed during the November 6, 2021 Anambra State governorship election, would be used for voter registration, accreditation and uploading polling unit results to the result-viewing portal.

Okoye had said, “BVAS allows us to use one machine for the purposes of voter registration, accreditation – fingerprint and facial authentication – and uploading of polling unit results to our result-viewing portal. So, it’s a three-in-one solution. We are confident that the BVAS will perform well and it will be the dominant means of accreditation going forward.”

But in the recent interview, Okoye said, “The BVAS is part of our docket for the 2023 general elections. The commission will procure at least 200,000 BVAS to serve the 176, 846 Polling units in Nigeria plus redundancies.

“The commission will continue to upload polling unit results to its result viewing portal. However, the new bill removed impediments and obstacles to the electronic collation of results and the commission will continue to urge all the parties concerned to put the national interest first in their approach to the resolution of the current impasse relating to the amendment to the electoral legal framework.”

Part of the activities Yakubu said would be sorted before the 2023 elections include the replacement of ballot boxes, voting cubicles, printing of permanent voter cards and procurement of critical election technology needed for the elections.

Speaking on the much awaited 2023 election timetable that INEC promised to release after the Anambra governorship election, Okoye said the commission was working on the timetable and schedule of activities for the general election.

He said the commission was preparing for the February 12 Federal Capital Territory Area Council elections, eight pending federal and state constituency bye-elections and the governorship elections in Ekiti and Osun states.

He, however, promised that the chairman of the commission would address the nation as soon as the commission concludes work on the timetable and schedule of activities.

Aspirants free to declare for 2023 – INEC

Following insinuations by some persons that aspirants declaring their interest to vie for the presidency in 2023 were violating the law, INEC says it will not interfere with the constitutional provision that guarantees the right to freedom of expression, including the freedom to hold opinions and receive and impart ideas and information without interference.

It, however, cautioned political parties not to engage in any public campaign, saying parties and candidates must play by the rules or they would be made to face the law.

Okoye added, “The constitution is the fundamental law of the land and the present commission will not in any way interfere with and abridge the right of any Nigerian citizen to freedom of expression.

“Political parties and their candidates must therefore campaign in public in accordance with rules and regulations as may be determined by the commission.”

2023 Presidency: Not An Easy Road For South-East

2023: Our Choices Have Consequences — Seyi Makinde