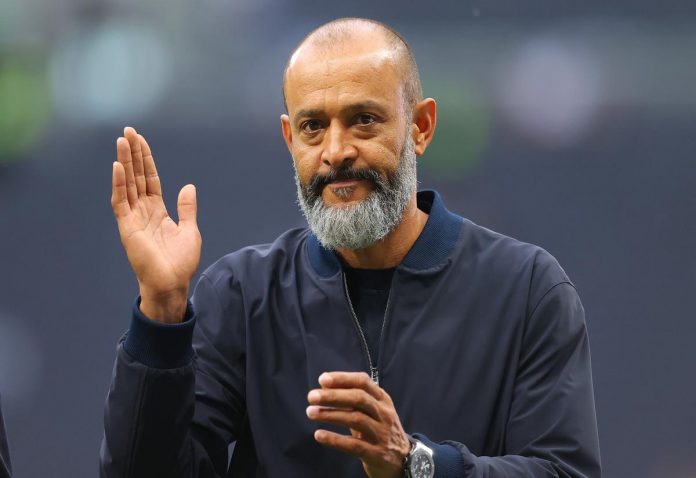 The news comes after a terrible run of results for Spurs since the start of the 2021-22 campaign, including a 3-0 defeat at the hands of Manchester United, in which they failed to record a shot on target and Nuno was booed by the club fans.

In total, Spurs won eight of Nuno’s 17 matches as manager.

A Spurs statement said: “The club can today announce that Nuno Espirito Santo and his coaching staff Ian Cathro, Rui Barbosa and Antonio Dias have been relieved of their duties.

“A further coaching update will follow in due course.”

Spurs managing director of football Fabio Paratici added: “I know how much Nuno and his coaching staff wanted to succeed and I regret that we have had to take this decision.

“Nuno is a true gentleman and will always be welcome here. We should like to thank him and his coaching staff and wish them well for the future.”

Nuno was appointed Spurs manager in June but was not the club’s first choice to succeed Jose Mourinho following his sacking in April.

Tottenham are eighth in the Premier League, 10 points off leaders Chelsea, after the 3-0 home defeat to Manchester United on Saturday.

Antonio Conte, Gennaro Gattuso, Paulo Fonseca, Brendan Rodgers, Julian Nagelsmann, and Erik ten Hag were all linked with the vacancy before Nuno was given the job.