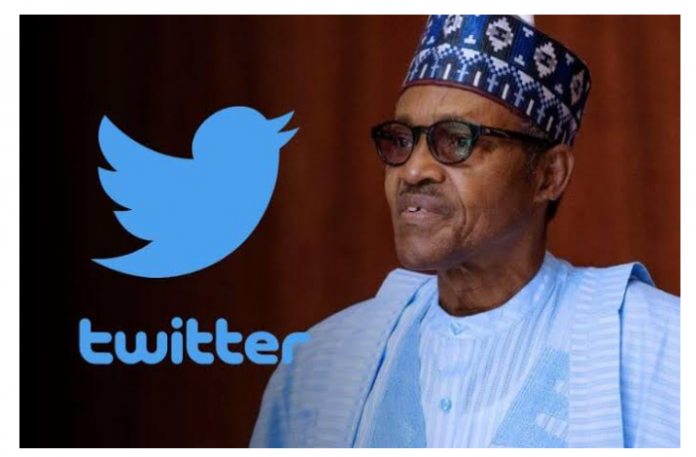 The Federal Government has shelved plans to force international social network services and digital platforms to register and open offices in Nigeria, Saturday PUNCH has learnt.

The government’s move to ensure that all over-the-top media services register with the National Broadcasting Corporation has also hit a brick wall as the NBC has failed to roll out the modalities for the registration six months after it published an advertorial asking all online platforms to do so.

The Nigerian government had in June last year suspended Twitter barely days after the platform deleted a tweet by the President, Major General Muhammadu Buhari (retd.).

The Federal Government subsequently stated that Twitter and all other over-the-top media services must register and pay tax in Nigeria and register with the NBC.

The Minister of Information and Culture, Alhaji Lai Mohammed, had said, “What we are saying is that all platforms must register in Nigeria. You must be a corporate entity before you can do business in Nigeria.

Subsequently in June, the NBC asked all social media platforms and online broadcasting service providers operating in Nigeria to apply for a broadcast licence.

The commission said in an advertorial that the NBC establishment code empowers the commission to ask the companies to be licensed.

But Saturday PUNCH learnt that the NBC had no framework for licensing social media platforms.

The Chief Executive Officer at IPI Group Limited, Adamu Garba, who is also the co-founder of social media platform, Crowwe, said several attempts made by his firm to register with the NBC proved abortive.

Garba said after six months of attempting to register his platform with the NBC, officials at the commission finally admitted to him that there was no framework for licensing social media platforms in Nigeria.

He said, “Frankly, there is a problem because there is no framework to register social media based on what I saw. It is a challenge because we went to all the departments in the NBC. None of them was doing anything at all. Eventually, they confessed that this is the situation at hand and that they don’t have that kind of framework where we can register as social media operators.”

A top official at the NBC told our correspondent that the Twitter suspension was a knee-jerk reaction and the government didn’t know how to go about the lifting of the suspension, hence it had to introduce some policies.

The official, who spoke on condition of anonymity, said, “The NBC has no power or infrastructure in place to license or regulate social media except the Act establishing the commission is amended.

The truth is that all the policies rolled out at the time were targeted at Twitter. Now that Twitter has agreed to set up an office in Nigeria, the government is no longer talking about others.”

The spokesman for the NBC, Ekanem Antia, did not respond to calls on Friday.

Meanwhile, Saturday PUNCH also learnt that other foreign social media and digital platforms were no longer under compulsion to open offices in Nigeria.

Instead, the government decided in the Finance Act 2021 to mandate all digital platforms to levy a 7.5 per cent Value Added Tax on all advertisers and remit it to the Federal Government.

The Minister of Finance, Budget and National Planning, Zainab Ahmed, revealed on NTA’s Good Morning Nigeria recently that platforms like Twitter, Amazon and Facebook did not need to open an office in Nigeria.

Ahmed said, “Even the international companies that are operating and providing digital services in Nigeria; all the Amazon, the Facebook and the Twitter of this world, operate and have a very large customer base in Nigeria but we don’t get any revenue from them.

“So, the Finance Act 2021 that was just signed has made some additional changes. In the 2020 Finance Act, we made provisions to tax the digital economy but we found we could not implement that provision so we had to reinforce that provision in the current Finance Act that will enable us to have those companies provide VAT for services they provide to Nigeria so that the customers they are serving pay this consumption tax and then they remit to us.

We are not asking that they have to register in Nigeria. We are just saying for Nigerian customers, charge the Nigerian VAT rate of 7.5 per cent and remit the funds to the government.”

The Federal Government on Thursday lifted the seven-month ban on Twitter, stating that the social media company is expected to open an office in Nigeria and pay tax before the end of March.

Meanwhile the Minority Caucus in the House of Representatives has criticised the Federal Government for saying it had lifted the ban on Twitter in Nigeria, saying it had always considered suspension of the micro-blogging site as illegal.

The caucus, in a statement issued by the Minority Leader of the House, Ndudi Elumelu, recalled how it declared the ban as illegal and asked Nigerians to continue to use Twitter.

The statement was titled ‘Twitter Ban Lift: FG Has No Right to Regulate Freedom of Opinion – Minority Reps.’

The statement read in part, “The Minority Caucus in the House of Representatives describes the ‘declaration’ by the All Progressives Congress-led Federal Government of having lifted its unconstitutional ban on use of Twitter in Nigeria as further demonstration of its appetite to suppress constitutionally guaranteed rights of citizens in Nigeria.”

Meanwhile, the All Progressives Congress has urged its supporters to return to the platform and continue to spread what it called the achievements of the President and the party.

It also charged Nigerians to create homegrown social media applications that could rival the micro-blogging platform.

He said, “The APC salutes President Buhari and the patriotic citizens of our nation for standing firm against the interference of Twitter Inc. in Nigeria’s internal and national security affairs.

“We also applaud Twitter for allowing good reason and common interest prevail by agreeing to open their office in Nigeria. This is a win-win for all parties and will create jobs and gainful opportunities for Nigerians in the global digital space.

“We encourage our supporters to return to the platform and continue to spread the achievements of President Buhari and our great party.”

I Hope God Listens To Our Prayers On Insecurity –Buhari

What I Do Before Agreeing To Kiss In Movies —Queeneth Agbor

We Have Done Our Best – Buhari Tells Nigerians

I Have Two Sons From Different Mothers – Singer Portable Reveals