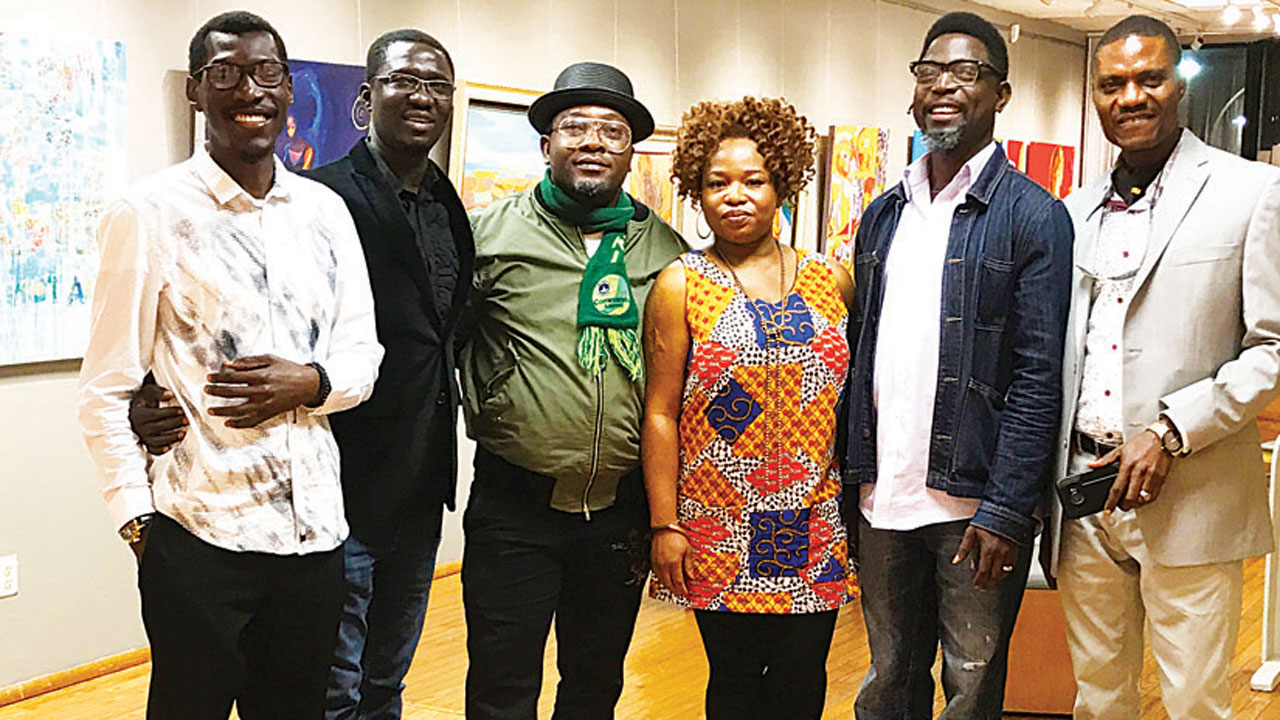 Not Nasty, but Feisty’ is a theme inspired by recent happenings in politics in America that brought about a new interpretation to the word ‘nasty.’ The new era in American politics, the details of which the world is aware of but too much to go into right now; so, no point going there.

What is the Nigerian point of view? Well, when America is on the stage, the whole world watches. In Nigeria, the interest in the last transition was one never seen before. On the streets, people engaged in heated debates, and tempers rose to unparalleled levels, to the point that people called relatives and friends in America to convince them to vote for one candidate and not the other. That was unprecedented and a major change in how the world responded to American politics. Other countries responded in other ways – we won’t go there either.

I love the passion I saw in Africa, especially in Nigeria, during this time, but I wish passion like this could make a change in Africa. I wish that when citizens protest, the leaders listen. I wish that people could voice their opinion and not end up in jail the next day. I wish that speaking out wouldn’t cause military troops to be deployed to invade homes. I wish that when people stood for their rights they were not tortured, stripped and made to drink mud water. I wish that when girls went missing, the government was passionate about protecting life and saving the girls in no time. I wish that when citizens voted in new leaders, the leaders would realise they were put in power to serve the people and not to make their lives more miserable. I wish that when a student graduated in Nigeria he could be confident that in the next six months he would get a job, even if for minimum wage. I wish that the situation in Nigeria was hopeful enough to not cause able-bodied resourceful youths to risk dying in the deserts and oceans trying to reach Europe for a better life. I just wish passion like this could change Africa for the better. We must keep trying and we must not give up. I will not lose hope.

The ‘Not Nasty But Feisty: The Nigerian Side of the Story’ exhibition is about the strength of a people that refuse to give up. It’s about hope and resilience. The artists in this show are some of the most resilient of people I know, all with stories of amazing journeys that got them to this point. They are all also highly creative souls. The exhibiting artists include Happiness Egobundu Akaniro, Ola Balogun, Rodney Asikhia, Ajibade Awoyemi, Louis Colins Ejeh, and Abiodun Eniyandunni.

Most of the artists traveled from their various bases to New Jersey to participate in the exhibition. The works in the show are stylistically different from one artist to the other. The styles range from the traditional African mark-making art to contemporary African art. Present are the conceptual, the traditional, the impressionistic and also realism, all giving a taste of the rich variety of Nigerian contemporary art trends. Each work is infused with the artists’ personality, experience and background, among other notable influences.

Akaniro was born in Lagos, Nigeria. She had her undergraduate studies in Fine Arts at the University of Benin, Benin City and later relocated to New Jersey, where she now lives and earned a Master of Fine Arts degree from William Paterson University. Akaniro is a passionate artist, who exhibits her works both in New Jersey and New York. Apart from her art career, she is an art event promoter and published author. Her books include an instructional painting guide for non-artists Sip & Paint with Happiness: Do-It-Yourself Paint Party at Home published by amazon. Labundu Events, organiser of this exhibition, is Akaniro’s brainchild at www.labundu.com.

Balogun is a professional artist with over 40 successful exhibitions under his belt. He is a graduate of Auchi Polytechnic, Edo State. He started producing paintings professionally in 1998 and engages several issues that range from political satires to social commentary, among which is a notable piece auctioned at Bonhams in 2015 and Arthouse Contemporary auctions. In 2009, he won David H. Dale prize for mixed media in painting. He’s ably represented by Hourglass Gallery in Nigeria.

Asikhia was born in the oil rich region of Delta State. He holds a Bachelor’s degree in Electrical/Electronic engineering from Ambrose Ali University, Ekpoma, Edo State. Asikhia is a self-taught artist, who believes that art has the power to communicate, express and heal the human soul. He likes to collect art and is very passionate about bringing people together through art. He has organised numerous art exhibitions while living in Nigeria.

Ejeh was born in Delta State. His parents discovered his drawing skills at a tender age of six and he was encouraged in that direction. Ejeh graduated from University of Benin, Benin City in 1992 with a Bachelor’s degree in Fine/Applied Arts, specializing in Painting. He loves impressionism, and is a contemporary painter. His works range from figurative to abstract themes. He is a founding member of University of Benin Trained Artist (UBTA). Ejeh and his family reside in Latham, New York, with their son Adrian.

Eniyandunni is a current Master of Fine Arts candidate at Howard University, Washington, DC, with a focus in studio painting. His earlier training includes studies in arts/painting at Yaba College of Technology, Lagos. He also acquired a Bachelor in Fine Arts degree from North Carolina Central University, Durham, NC. He is also a multi-media artist. Eniyandunni has participated in several group exhibitions in United States, Portugal, and Nigeria.

Awoniyi was born in Lagos and graduated from Yaba College of Technology. His works have nuances of his life, which he represents with rich colours and subtly modulated contrast of dark and light shades. Ajibade has featured prominently in many group exhibitions both internationally and locally. He has actively practiced art since 2001 and has executed many notable commissions both in private and public collections around the world, including works in Nigeria, Dublin, South Africa, United Kingdom and United States of America. He is a member of Society of Nigerian Artists (SNA). Awoniyi is happily married and resides in the state of Virginia, U.S.

* Akaniro is the curator of ‘Not Nasty But Feisty: The Nigerian Side of the Story’ art exhibition held in New Jersey, U.S.

Chinese Authorities Seize Over 7,200 Human Penises On A Cargo Ship From Nigeria