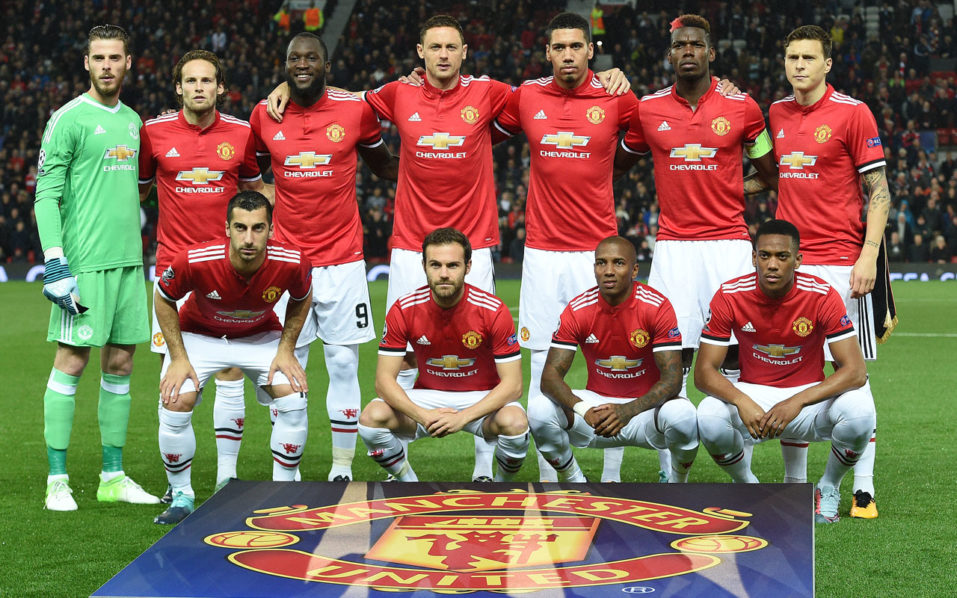 Jose Mourinho’s Manchester United will be looking to maintain their robust start to their Champions League campaign when they head to Benfica on Wednesday while Antonio Conte’s Chelsea entertain Roma.

Barcelona and Lionel Messi meanwhile play their first home match at the Camp Nou since the Catalonia independence referendum that plunged Spain into chaos, when Olympiakos visit.

Here AFP Sport takes a look at what is at stake in each group:

Manchester United can take a giant stride towards a first appearance in the knockout stages since the 2013/14 season with a win at pointless Benfica — a repeat of the 1968 final. The Portuguese champions suffered a humiliating 5-0 defeat at Basel last time out — their heaviest in the competition — following an opening home loss to CSKA Moscow. United played out a dire 0-0 draw at bitter rivals Liverpool on Saturday, falling two points behind Manchester City in the Premier League after failing to score for the first time this term. Sweden defender Victor Lindelof returns to his former club following his close-season move to United, while Andre Almeida is serving a two-match ban for Benfica.

The two sides face off in Russia with the chance to steal a march in the battle to stay within sight of pace-setters Manchester United. CSKA have won all four prior meetings with Swiss opponents, including home-and-away victories over Young Boys in this year’s play-off round, but finished bottom in each of their past four group campaigns. Basel’s club-record demolition of Benfica halted a nine-match winless run in Europe, but they are only third in Switzerland as they hunt a ninth straight domestic crown. CSKA goalkeeper Igor Akinfeev hasn’t kept a clean sheet in the Champions League proper since 2006 — an astonishing run of 45 games.

Jupp Heynckes embarked on his fourth spell as Bayern Munich coach with a 5-0 rout of Freiburg on Saturday after replacing the sacked Carlo Ancelotti. The 72-year-old led Bayern to the treble in 2013 before retiring and was brought in to steady the ship after Bayern were thumped 3-0 by Paris Saint-Germain in their last European outing. Celtic recorded a first group stage win away from home in 17 attempts with an impressive 3-0 victory at Anderlecht last month. Bayern have never lost against Scottish opposition in Munich, defeating Celtic 2-1 in during the 2003/04 competition in their only previous meeting in Germany.

Paris Saint-Germain’s electrifying strikeforce of Neymar, Edinson Cavani and Kylian Mbappe has propelled the French heavyweights to commanding back-to-back wins in the section. Anderlecht could be in for another long evening as they search for their first goal and point — PSG thrashed the Belgians 5-0 in 2013/14 when Zlatan Ibrahimovic scored four times in Brussels. Cavani and Marco Verratti could return for Unai Emery’s team after missing the hard-fought 2-1 win at Dijon over the weekend that sent them six points clear in France. Anderlecht have turned things around after a poor start to their title defence but have won just once in their last eight Champions League home games.

Runners-up twice in the past four seasons, Atletico Madrid are looking to bounce back from a last-gasp defeat by Chelsea when they head to newcomers Qarabag. Diego Simeone’s team are unbeaten in La Liga but were foiled by a late equaliser from Luis Suarez in Saturday’s 1-1 draw with Barcelona. They have just a single point in Europe so far and will target the double-header with Qarabag as an opportunity to revive their campaign. The Azerbaijani club lost 2-1 at home to Roma in their last game, a considerable improvement on a 6-0 drubbing by Chelsea on matchday one.

Antonio Conte’s Chelsea can cement their status at the top of the pool with a third straight win, although Roma would replace the Blues at the summit if they can pull off an upset at Stamford Bridge. Chelsea suffered a shock 2-1 loss at bottom side Crystal Palace on Saturday — their second on the trot — to drop nine points behind Premier League leaders City. Roma succumbed to a Lorenzo Insigne strike in a 1-0 reverse at home to Serie A high-flyers Napoli and have only won on one of 15 prior visits to England. Spain striker Alvaro Morata could return from injury for Chelsea, but influential midfielder N’Golo Kante remains sidelined.

Politics has played a bigger role in Catalonia than football since the region held a referendum that infuriated the Spanish state.

On the pitch, Ernesto Valverde is reunited with the club he guided to three Greek titles in two different stints from 2008-09 and 2010-12 as Barcelona hunt a third consecutive group win. Barca’s perfect start to the La Liga season was ended by Saturday’s 1-1 draw at Atletico, but the Catalan giants remain four points clear in Spain — fuelled in large part by Lionel Messi’s 11 goals. They are also unbeaten in 22 home Champions League matches dating back to 2013, while Olympiakos have made a worryingly sluggish start in Greece on the back of a seventh championship in a row. They were beaten by Sporting Lisbon and Juventus in their first two games.

The six-time successive Italian champions suffered a first home defeat in over two years after going down 2-1 to Lazio at the weekend to fall five points behind Napoli in Serie A. These two upcoming clashes will be key to both sides’ hopes of clinging onto Barcelona’s coat-tails, although Sporting have a dreadful record in Italy, drawing three and losing 10 of their 13 previous matches. Sporting warmed up for their trip to Turin with a goalless stalemate against Portuguese leaders Porto to stay two points adrift. A narrow 1-0 loss to Barcelona before the international break is Sporting’s lone defeat in 14 outings this season.