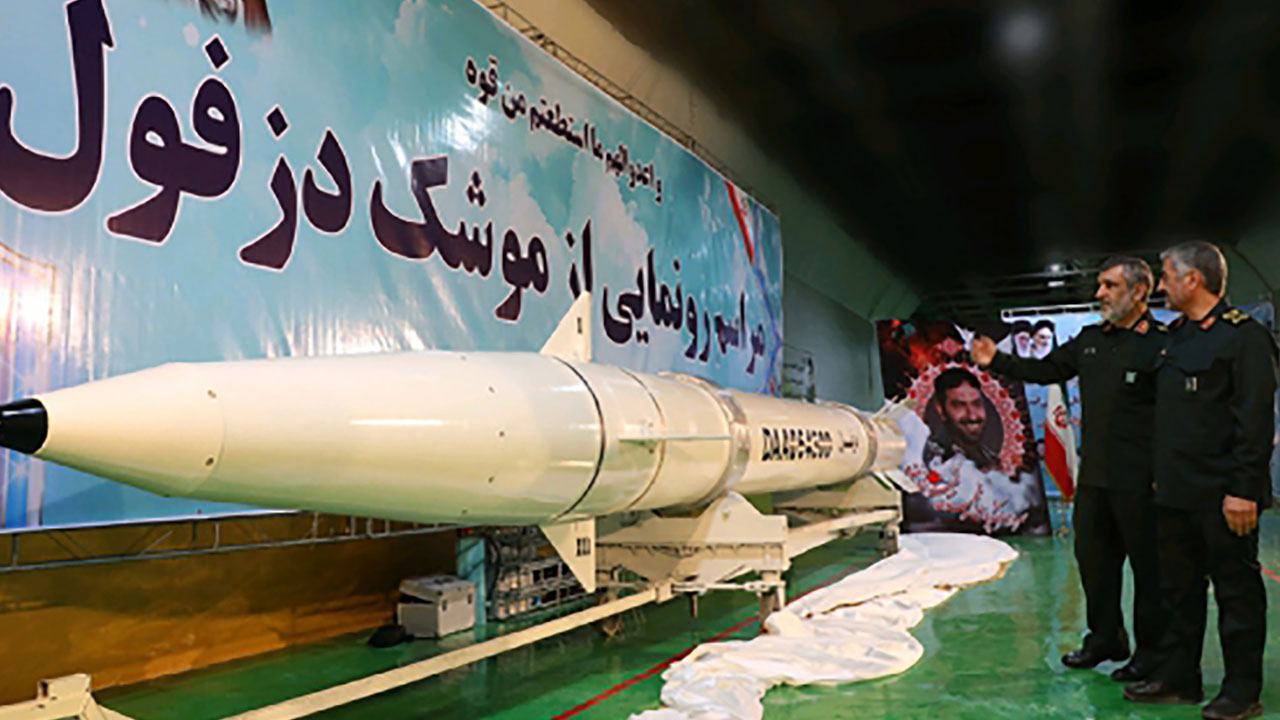 This handout photo provided by Iran’s Revolutionary Guard Corps (IRGC) official website via SEPAH News on February 7, 2019 shows IRGC commander-in-chief Mohammad Ali Jafari (R) viewing the new “Dezful” missile, during its inauguration ceremony at an undisclosed location. – Iran’s Revolutionary Guards unveiled a new ballistic missile with a range of 1,000 kilometres on February 7, according to the guards’ official news agency Sepahnews. Called Dezful, the missile is an upgrade to the older Zolfaghar ballistic missile with a 700-kilometre range, but inferior in range to the Hoveizeh cruise missile which Iran claimed to have successfully tested on February 2 with a range of 1,350 kilometres. (Photo by – / various sources / AFP) /

The United States on Thursday vowed to remain “relentless” in pressuring Iran to deter its missile program after the Islamic Republic unveiled a new ballistic weapon days after testing a cruise missile.

The move was the latest show of military might by the country as it celebrates the 40th anniversary of the Islamic Revolution at a time of heightened tensions with the United States.

“We must bring back tougher international restrictions to deter Iran’s missile program,” he added.

“The United States will continue to be relentless in building support around the world to confront the Iranian regime’s reckless ballistic missile activity, and we will continue to impose sufficient pressure on the regime so that it changes its malign behaviour – including by fully implementing all of our sanctions.”

Tehran reined in most of its nuclear program under a landmark 2015 deal with major powers but has kept up development of its ballistic missile technology.

President Donald Trump pulled the US out of the nuclear accord in May and reimposed sanctions on Iran, citing the program among its reasons.

Iran and the other signatories have stuck by the 2015 agreement, although some European governments have demanded an addition to address Tehran’s ballistic missile program and its intervention in regional conflicts.

Meanwhile, UN Security Council Resolution 2231 adopted just after the nuclear deal calls on Iran “not to undertake any activity related to ballistic missiles designed to be capable of delivering nuclear weapons”.

Tehran insists that its missile development program is “purely defensive” and compliant with the resolution.