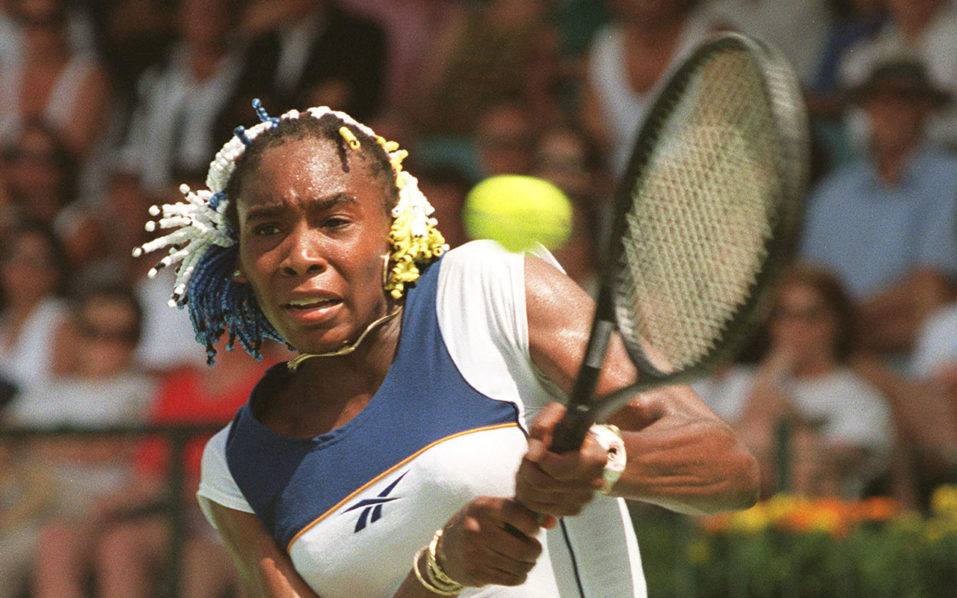 (FILES) A file photo taken in Sydney on January 14, 1998, shows 17-year-old Venus Williams of the US hitting a return to Martina Hingis of Switzerland in their match at the Sydney International. Venus Williams will headline the Sydney International in January to kick off her 2018 season, returning to the tournament after a 20-year absence. / AFP PHOTO / DAVID HANCOCK

Evergreen Venus Williams will headline the Sydney International in January to kick off her 2018 season, returning to the tournament after a 20-year absence.

The American veteran, 37, shows no signs of slowing down and enjoyed one of her best seasons this year, making the final of Wimbledon and the Australian Open and the semis at the US Open.

“This was one of the earliest tournaments I ever played and has always held a special place in my heart,” Williams said of Sydney in a statement issued through the organisers.

“The last time I played in the Sydney International I was 18 years old, so a lot has changed in this time.”

Williams’ stellar year saw her return to the world top five for the first time since 2011, the year she was diagnosed with strength-sapping Sjogren’s Syndrome.

She said she was still driven to succeed.

“I have been playing some really great tennis this year and I feel I’m in a strong position, both physically and mentally, in the lead up to Sydney,” she said.

“The Australian summer is always a favourite of mine, I really love the atmosphere the crowds bring and I’m confident in my preparation over the next few months to put on a good show for the Australian fans.”