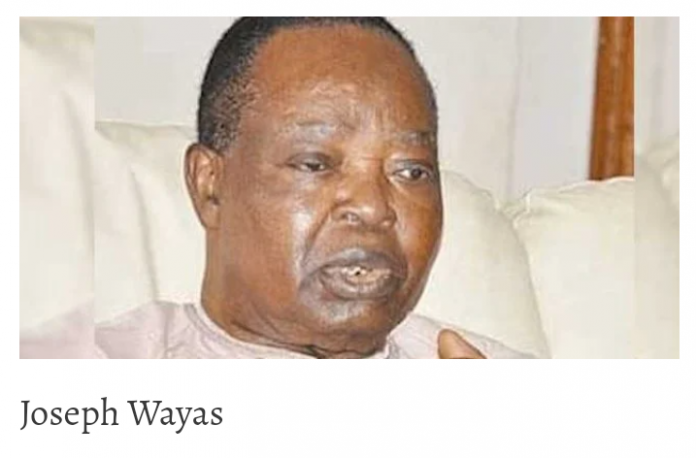 The Minister of Labour and Employment, Senator Chris Ngige has described the death of the Second Republic Senate President, Dr Joseph Wayas, as a great national loss.

In a tribute from his Media Office in Abuja, on Thursday, the minister said, “Dr Wayas was one of the young titans who moulded the building blocks for the presidential democracy which Nigeria adopted in 1979.

“In that Second Republic where he was elected the President of the Senate between 1979-1983, he led a vigorous, vibrant and issued-based assembly, which gingered stability and attenuated to a great length the teething challenges posed by the then nascent presidential system of government.

“My interaction with him dates back to 1977 as a young medical doctor and a unionist. He was also a young business man and a budding politician who would later make an effervescent presence at the Justice Udo Udoma led Constituent Assembly in 1978.

“However, I started working closely with Dr Wayas when I served as an NYSC Medical Officer in the National Assembly Clinic, Victoria Island, Lagos in 1980 and thereafter as Medical Officer; later becoming the Physician to the Senate President between 1982 and 1983.

“Watching Dr Wayas conduct the affairs of the Senate, his deft control of the vibrant cross party debates in the chambers, had a sharp impression on my youthful mind, thus, my decision later in life to vie for the Senate.
An ambition I realised when I won a hotly contested senatorial election in 2011 to represent Anambra Central in the Seventh Senate as the only opposition Senator from the old Eastern Nigeria.”