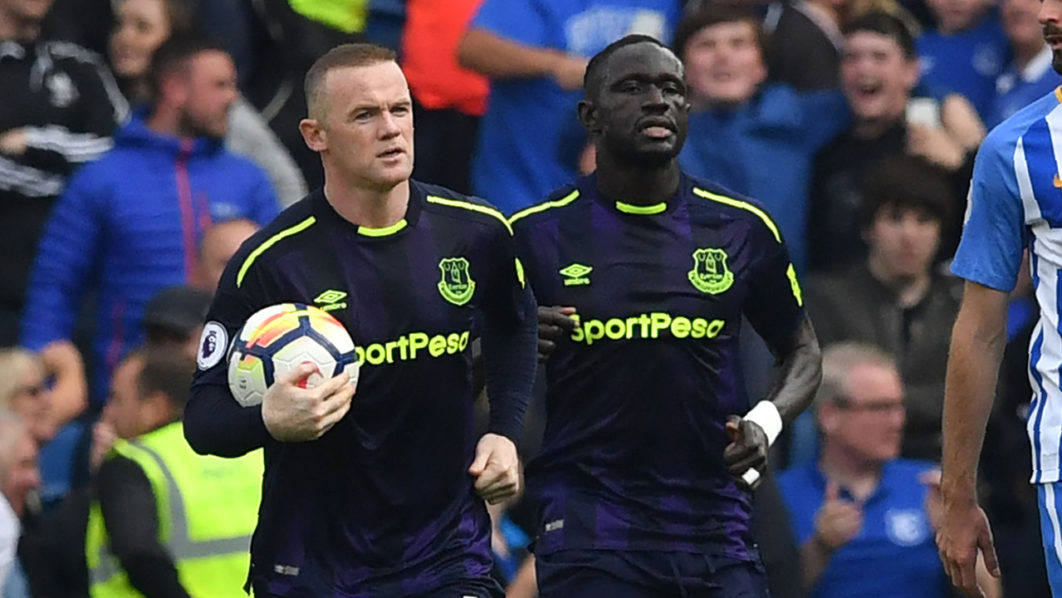 Wayne Rooney came to Ronald Koeman’s rescue as the Everton striker’s last-gasp penalty salvaged a 1-1 draw at Brighton and Hove Albion on Sunday.

Everton boss Koeman was on the brink of another damaging defeat after Anthony Knockaert put Brighton ahead eight minutes from full-time at the Amex Stadium.

But Brighton captain Bruno was penalised for fouling Dominic Calvert-Lewin in stoppage-time and Rooney stepped up to score the crucial equaliser.

“We are in a difficult situation but it’s one thing to come out of this and show fight like we did today,” Koeman said.

“At least we got one point, a point well deserved. We were mostly the better team.

“My whole football life is pressure, if I don’t get pressure from outside I put pressure on myself.”

While Koeman will be relieved to avoid a fifth defeat in Everton’s last six Premier League games, the Toffees once again looked poor for long periods and remain without an away win since January.

The under-fire Dutchman tried to solve Everton’s goalscoring problems by restoring Rooney to the attack, but until the penalty the former England captain hardly had a sniff of goal.

With the fixture being televised live in India — but strangely not in England — the Asian audience had little to enjoy from a scrappy encounter until the final 10 minutes.

Having soaked up Everton’s early pressure, Brighton became more adventurous and only a brave goal-line clearance from Michael Keane denied Lewis Dunk from six yards out.

In the second half, Everton right-back Mason Holgate darted into the penalty area and his fierce cross-shot was palmed away by Mathew Ryan.

Koeman’s frustration turned to despair when Jose Izquierdo’s drive rebounded into the path of Knockaert, who smashed it past Jordan Pickford to give the hosts the lead in the 82nd minute.

But Bruno’s clumsy elbow into the neck of Calvert-Lewin in the penalty area earned Everton a reprieve as Rooney stepped up to roll in the spot-kick.

Everton almost snatched a winner at the death but Ryan pulled off a fine double save to deny Kevin Mirallas.