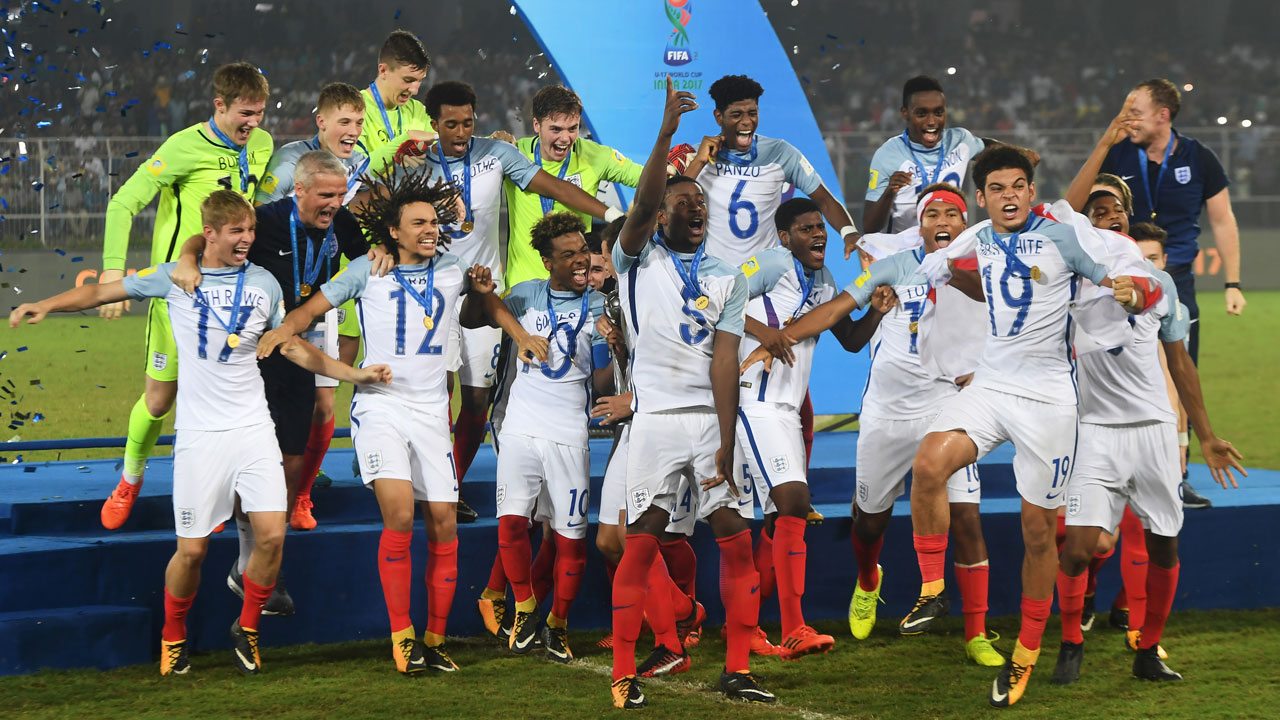 Victory added to England’s growing list of youth honours -– they have won the Under-20 World Cup and European Under-19 championship this year –- and was revenge for losing the Under-17 European Championship final to Spain in May.

By contrast, the senior England men’s side have not lifted a major international trophy since they won the World Cup in 1966.

For decades the technical development of young players in England has been compared unfavourably with that of their counterparts in rival European nations such as Spain, France, Germany and the Netherlands.

But veteran French manager Wenger, in charge of the Gunners since 1996, was delighted by England’s recent youth results and even talked of “we” following Saturday’s latest success.

“I’m so happy because I’ve been here for 20 years and for 20 years we didn’t do so well with the youth,” Wenger said after Arsenal won his 800th game as a Premier League manager with a 2-1 victory at home to Swansea on Saturday.

“It shows that since they restructured the (youth) academies and dedicated a lot of work to that, you have the results.”

Saturday’s success came at the end of a bruising week for the Football Association, with chairman Greg Clarke admitting English football’s governing body had “lost the trust of the public” for its botched handling of racism allegations involving the former manager of the women’s national team.

Victory in India was a welcome piece of good news for the under-pressure Clarke and his beleaguered colleagues.

“For once we can all have the opportunity to congratulate the FA,” Wenger said. “It doesn’t happen often!,” he jokingly added.