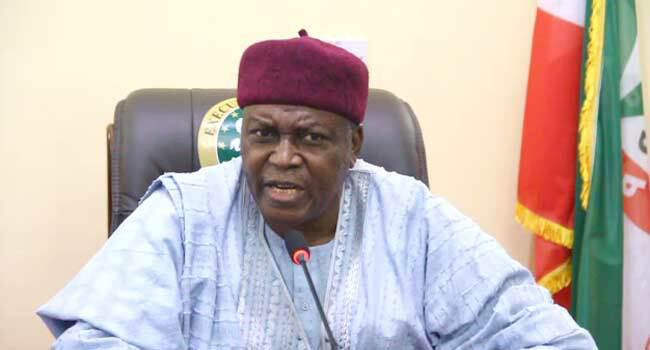 The Governor of Taraba State, Darius Ishaku, has aired his frustration following an attack on one of the state’s border communities by people suspected to be Cameroonian separatists.

Manga, a community in Takum Local Government Area of Taraba State, was attacked on Monday by suspected members of Ambazonia rebels, a Cameroonian separatist group, officials said. Over 10 people were killed including a traditional ruler, while many more are still missing, officials have said.

Mr Ishaku, on Thursday, during an interview on “Politics Today,” a Channel Television programme, said he could not have stopped or prevented the attack because he has no control over security agencies.

He said he and other state governors are helpless on the issue of security.

The governor said his administration would have done better than President Muhammadu Buhari-led federal government if he had control over the police and other security agencies in his state.

“We all rely on the federal government when it comes to the military and the police. There is nothing a state governor can do, we rely on them. What else can I do? I have complained. I wish I knew this thing would happen yesterday.

On the insecurity affecting Nigerian communities that share border with Cameroon, Mr Ishaku said he wrote to the Defence Headquarters two years ago to move a naval base to Manga but nothing has been done.

He said the Nigerian borders in Taraba were porous and poorly manned which allows easy access into the state by foreigners.

The governor said the security vote allocated to him monthly is hardly enough to secure the state, not to talk of building a demarcation wall across his state’s border communities.

Also speaking on the incident, the Chairman of Senate Committee on Army, Ali Ndume, said he does not believe the attack is an external aggression on Nigeria. He said he believes it is one of such “communal or tribal clashes” among border towns.

He said border communities in his constituency in Borno have witnessed such attacks in the past.