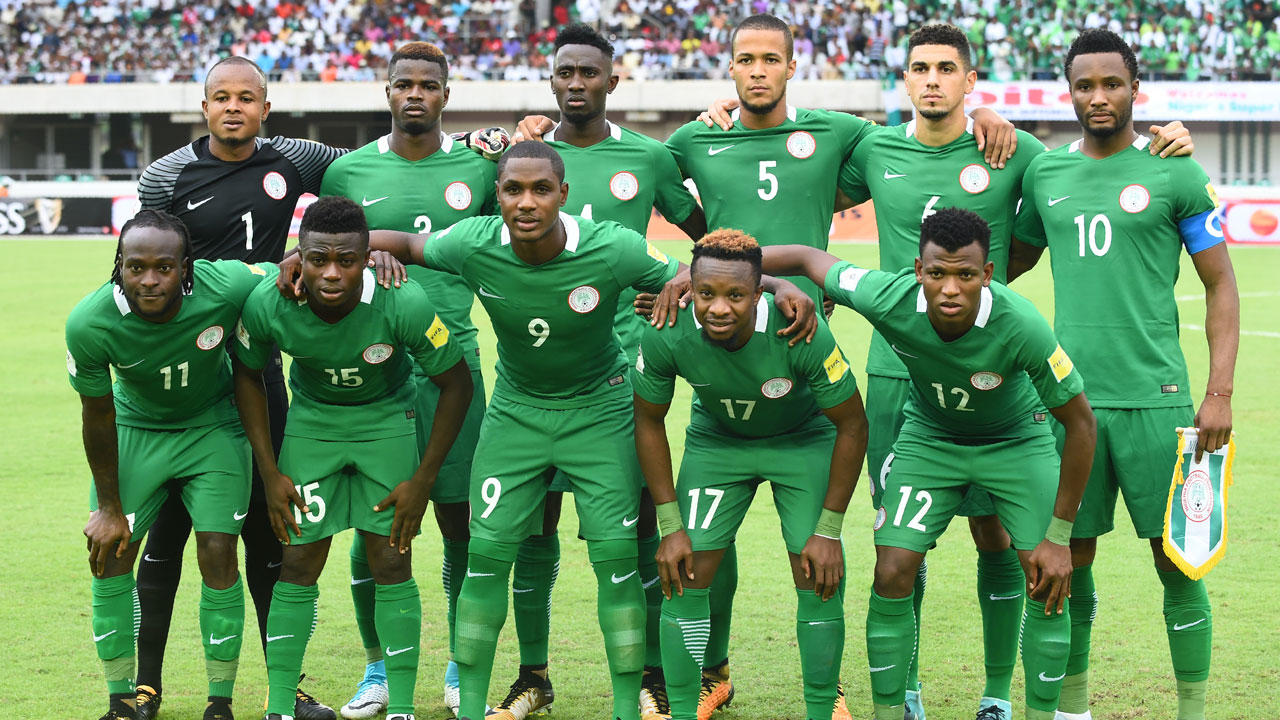 When the Super Eagles class of 1997 qualified for France ’98 World Cup, they did so with a match to spare; and 20 years later history is about to repeat itself.

But for the Super Eagles to qualify the way their illustrious predecessors did in 1997, under the tutelage of Phillipe Troussier, the famed “White Witch Doctor’’; the team must scale the Chipolopolo obstacle.

With three points separating the two archrivals, with the Super Eagles topping Group B with 10 points and closely followed by the Chipolopolo with 7 points; the Zambians believe that they can close the gap.

The back-to-back victory recorded by the Chipolopolo over hapless Desert Foxes of Algeria, and the 1-1 draw with the Indomitable Lions of Cameroon at Yaoundé; the Zambians are now hopeful of qualifying for the World Cup.

Even though the Super Eagles have all, but qualified for the 2018 World Cup, they must affirm their qualification by beating the Chipolopolo in Uyo; before the final qualifying match against the Desert Foxes.

This is where the tactical acumen of Coach Gernot Rohr must be brought to bear on the Super Eagles as they engage their very worthy opponents; who are hell-bent on knocking the Eagles off their perch.

The likely defensive quartet of Shehu Abdullahi, Leon Balogun, Troost Ekong and Elderson Echiejile must play as a cohesive unit, and maintain their shape against the expected onslaught from the Zambians.

As for the midfield, depending on the combination, Mikel Obi is expected to roam box-to-box, Wilfred Ndidi and Ogenyi Onazi or whoever, must provide a near impregnable cover for the defence line.

Victor Moses and Odion Jude-Ighalo and others in the attack must be razor sharp in front of goal, and make hay when goal scoring opportunities come their way.

The Super Eagles must be focused, must be professional in their approach, must be their “brother’s keeper’’; so to speak; by closing ranks when the team is under attack from the rampaging Zambians.

The team must guard against conceding a goal before scoring their own, because where the Zambians should score before the Super Eagles; we stand the chance of conceding more goals from counter attacks.

Even if the Zambians should score against us, let it be after we might have scored a couple of goals that would likely swing the match our way; even a 1-0 scoreline and the vital three points would be enough to take us to Russia.

The fans must not relent in their support for the Super Eagles, even if the team is not living up to their expectations, their ultimate aim is to cheer the team non-stop until victory is achieved against the Chipolopolo.

Even a draw against the Chipolopolo; much less a defeat can reduce our chances of qualifying for the World Cup to the barest minimum; hence the need to go for an outright win against the Zambians.

By beating the Chipolopolo, the Super Eagles will automatically qualify for the FIFA 2018 World Cup in Russia with a match to spare, thereby making the final qualifying match against the Desert Foxes a mere formality.