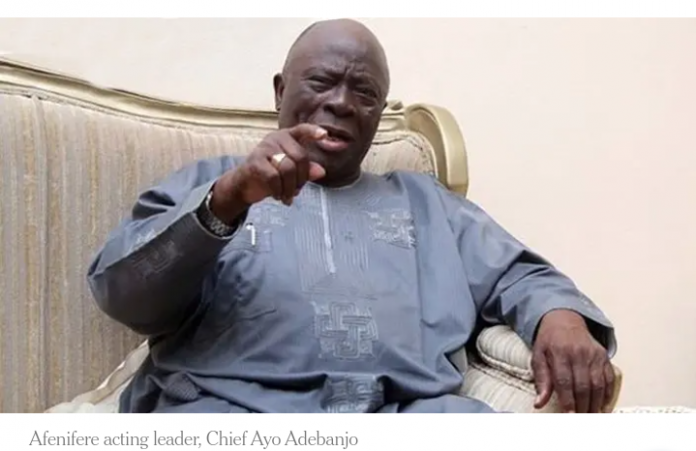 The leader of pan-Yoruba socio-political organisation Afenifere, Chief Ayo Adebanjo, has said the former governor of Lagos Aiswaju Bola Tinubu has the right to contest for the 2023 presidential election.

Daily Trust reports that Tinubu had met President Muhammadu Buhari on Monday to inform him of his intention to run for the presidency ahead of the 2023 elections.

However, Adebanjo in a chat with newsmen yesterday noted that though Tinubu has the right to contest for the presidency, but that the group will not queue behind any candidate until the restructuring of the country.

He insisted that the present constitution must be changed before he could talk about issues of endorsement of candidates for the 2023 elections.

He said, “Your man has every right to contest the election; he is not disabled, so what is the big deal about that?

Fresh Rumpus In PDP Over Zoning Of Presidential Ticket