A woman has taken to Twitter to mourn her mother and father, both shot dead when attackers stormed St. Francis Xavier Catholic Church in Owo, Ondo state.

Dr and Mrs Ajanaku were two of over 50 victims killed in the attack.

Their daughter, Lai Ajanaku, took to Twitter to mourn them.

Twitter users have also left moving tributes as they testified to the wonderful characters that Dr and Mrs Ajanaku were. 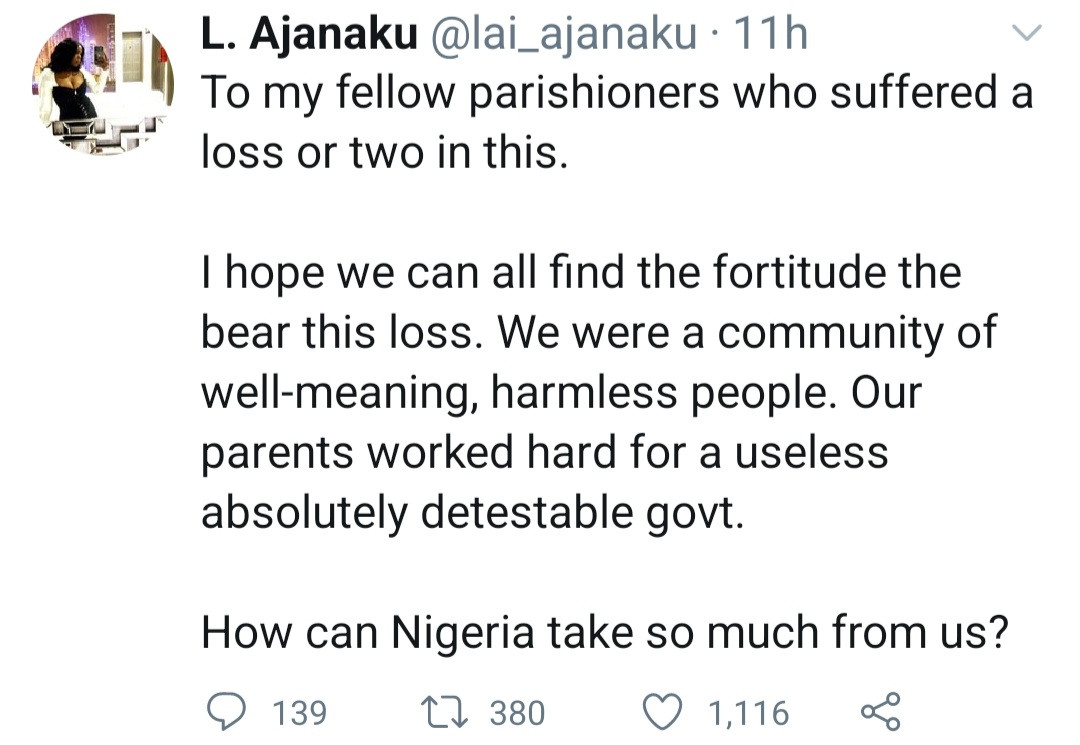 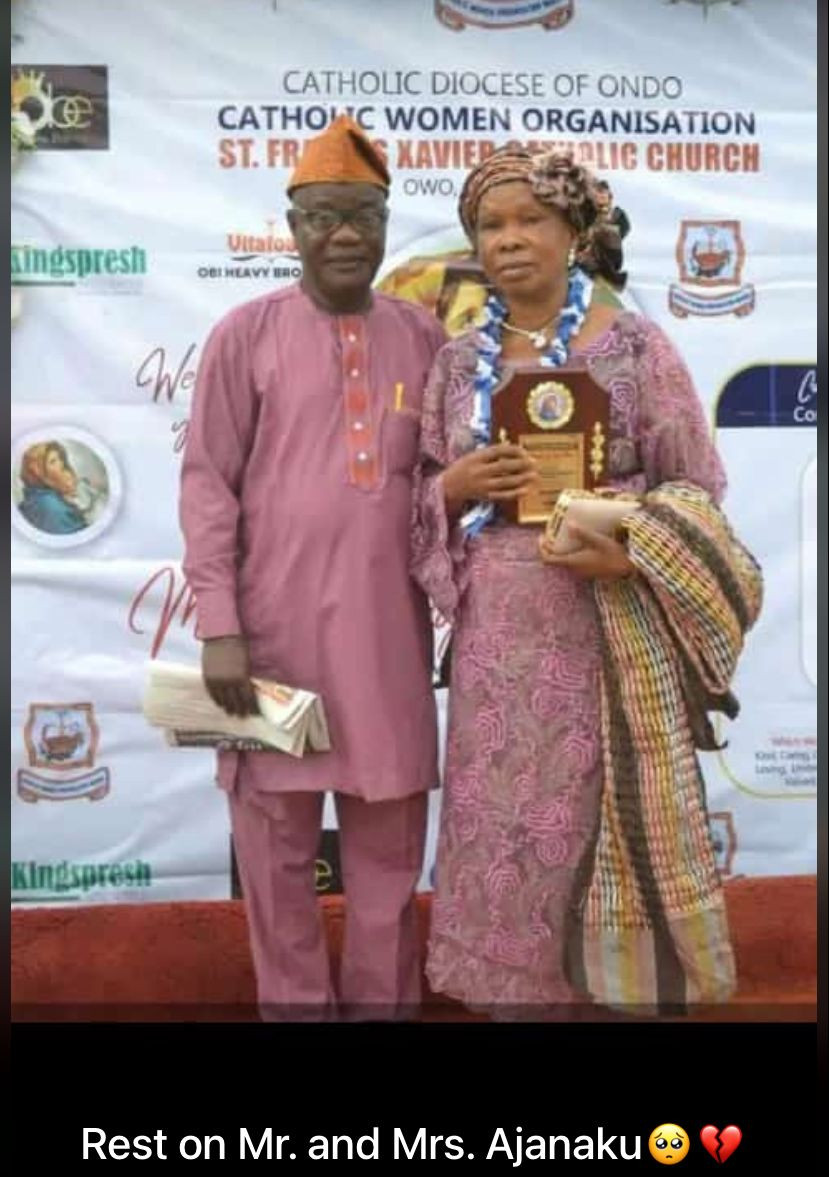 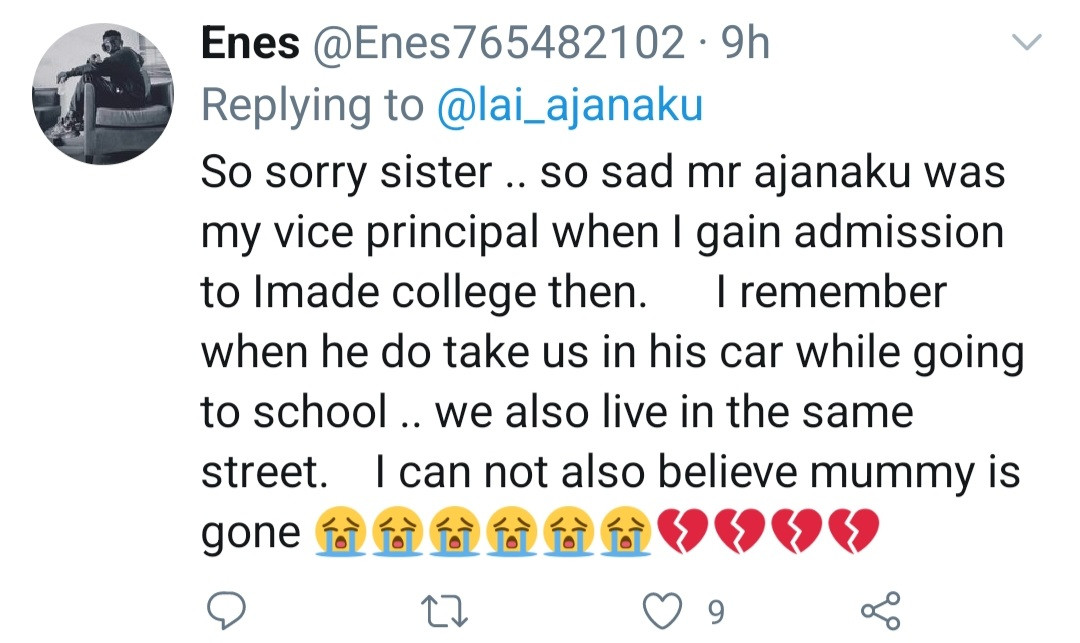 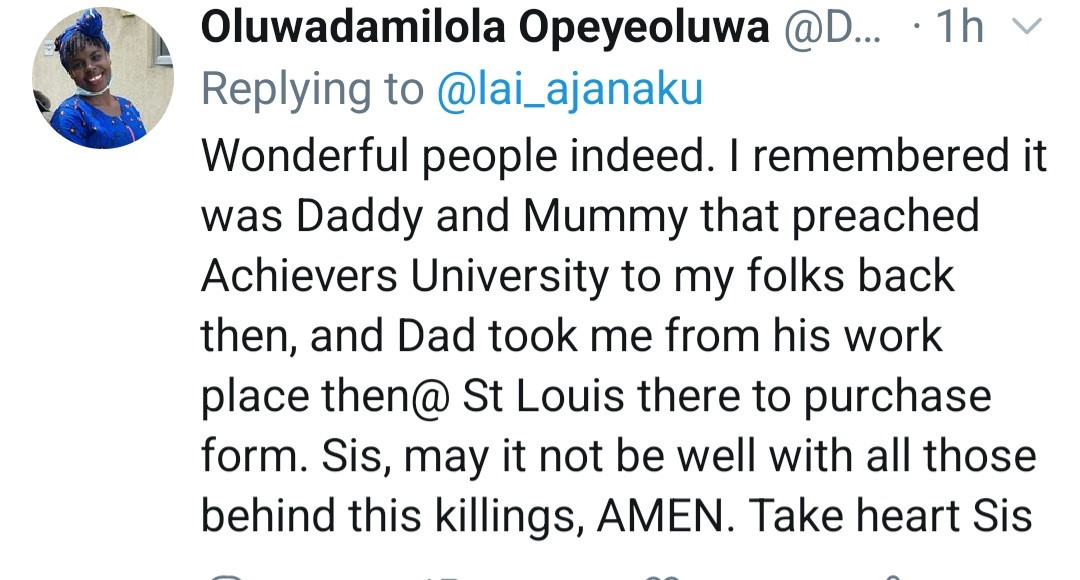 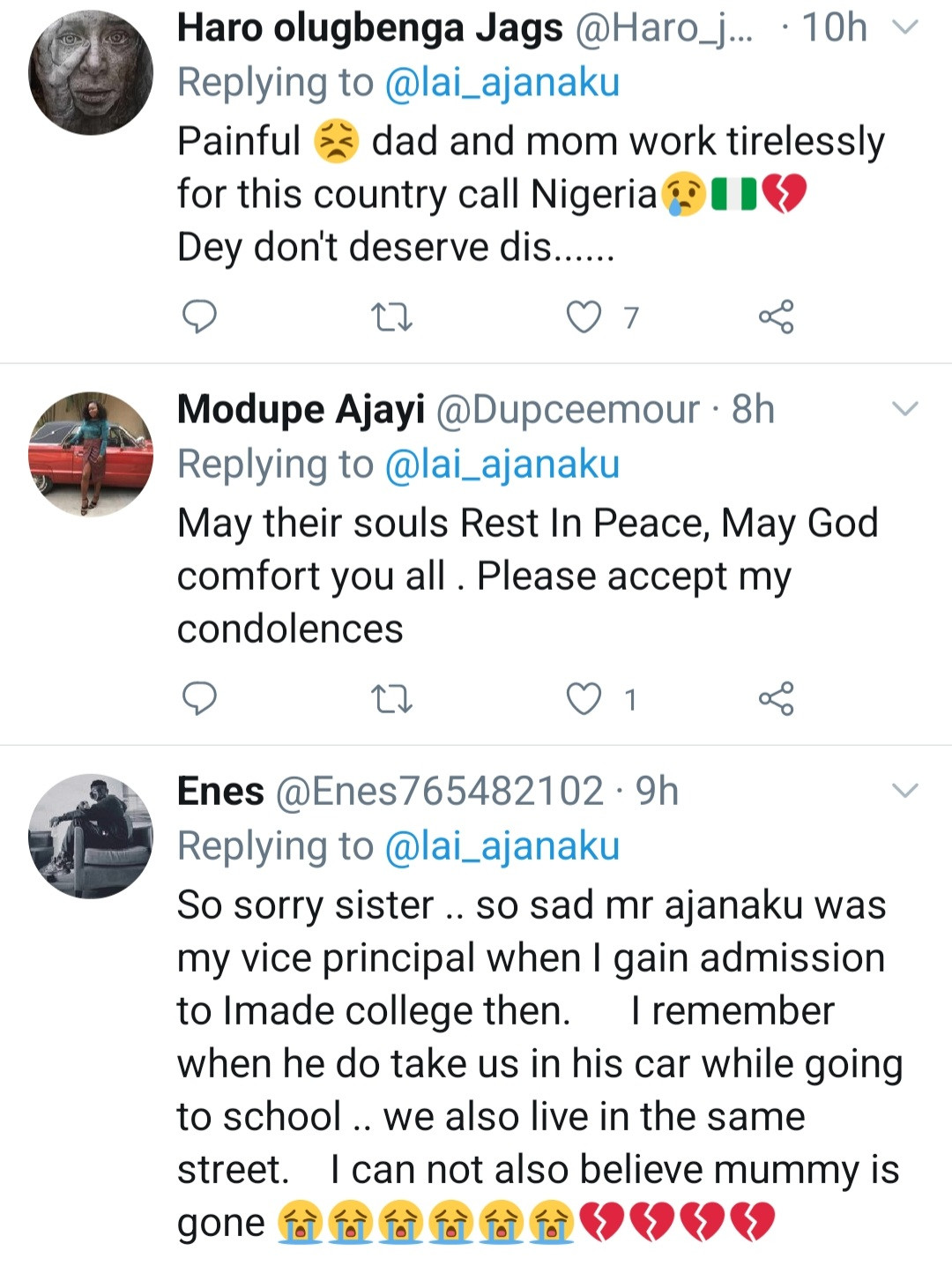 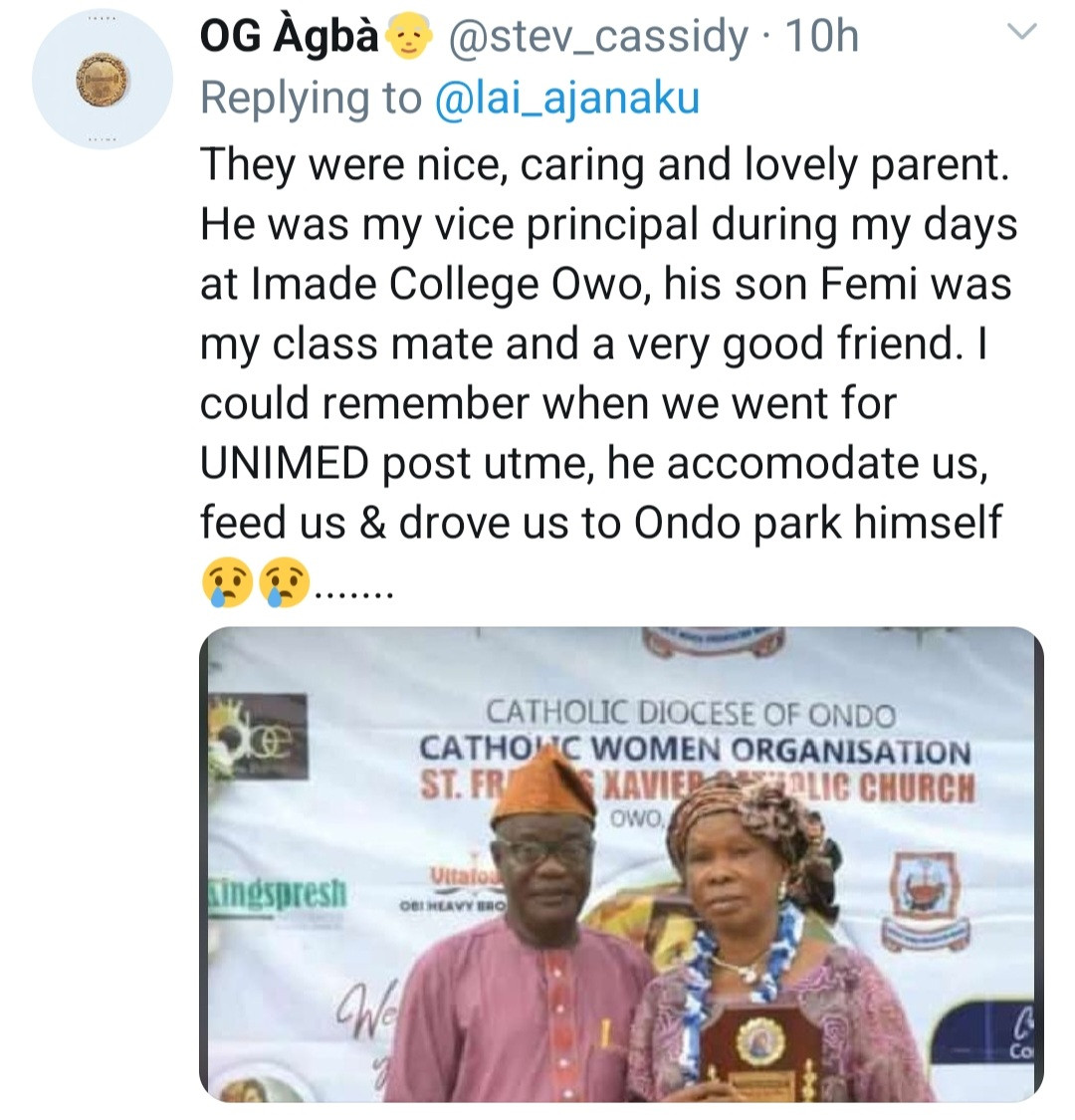