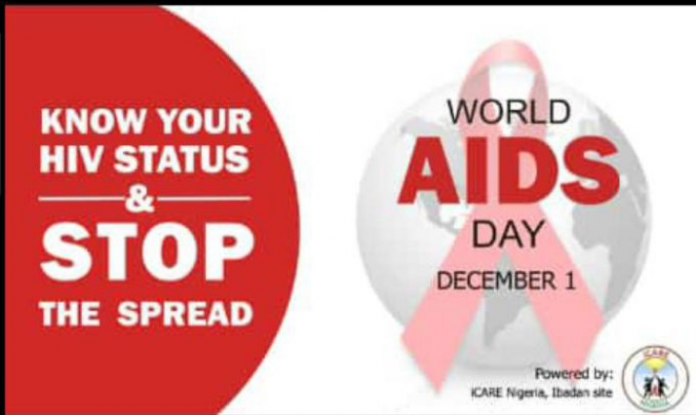 The United States mission on Wednesday revealed that over 10 million Nigerians have received HIV testing in 2021 due to its AIDS relief programme.

This was contained in a statement by the mission in commemoration of World AIDS Day, which is celebrated annually on the 1st of December.

In the statement, the U.S Mission Nigeria recognized and honoured those who have lost their lives to HIV/AIDS and the resiliency of those who fight for epidemic control in the country.

It further highlighted the ongoing efforts of the U.S President’s Emergency Plan for AIDS Relief to assist countries in achieving sustained epidemic control of HIV.

According to the statement, PEPFAR has invested more than $6 billion in the national HIV/AIDS response in Nigeria.
Its effort in 2021 included HIV testing and counselling for over 10m Nigerians and improvement of life and support for 1.6 million people living with HIV.

“PEPFAR-supported public health, clinical, and laboratory platforms have helped Nigeria to keep Ebola virus disease, H1N1, and other deadly diseases from raging out of control – and are significantly aiding the Nigeria COVID19 response, while advancing the Nigeria HIV/AIDS response,” the statement read.

Nigeria, Others Unlikely To End AIDS By 2030 –WHO