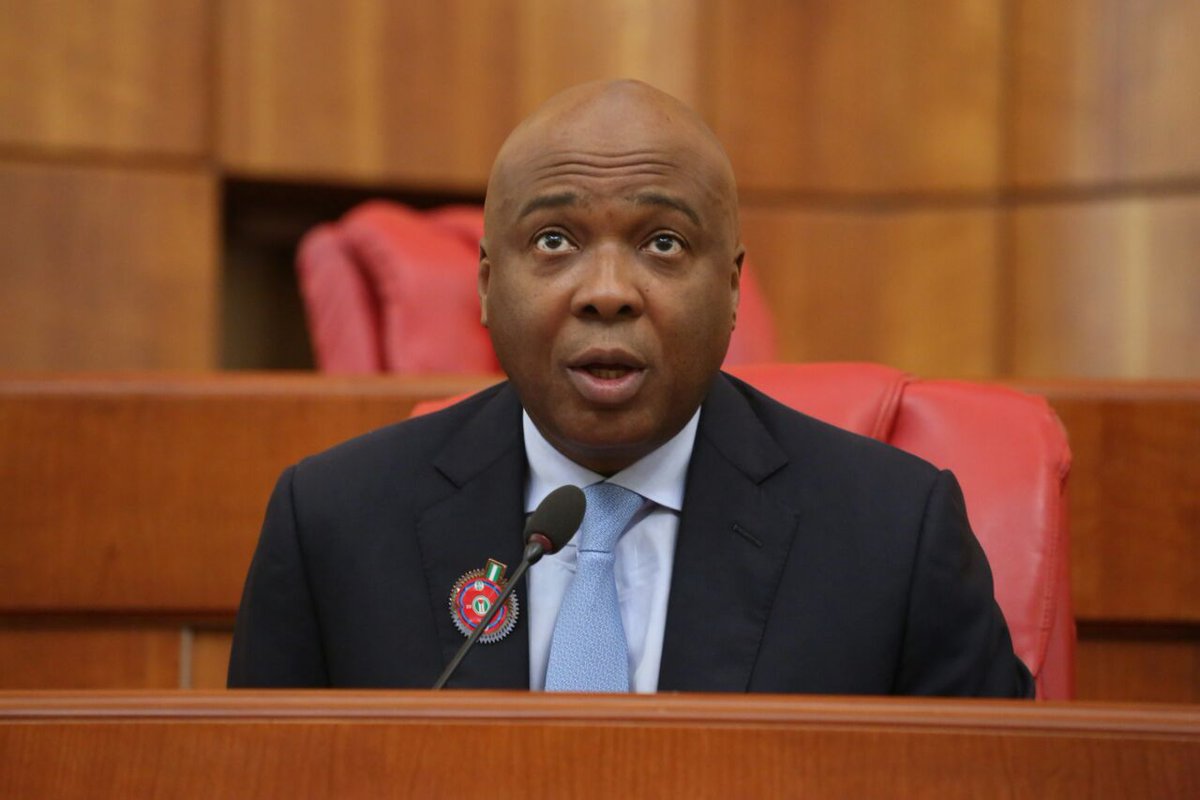 Kayode Thomas is a very well known Nigerian journalist, irrepressible, courageous and hard working. Through the years I have followed his career from a distance. His candour is remarkable, frank to a fault and down to earth.  He is not one whose views can be easily discarded or disregarded.  He sticks to his viewpoint like a leach irritating the hell out of whoever is on the receiving side of his argument.

A few days ago, he stirred the hornet’s nest. He authored a public letter to the President of the Senate of the National Assembly, Senator Bukola Saraki. That letter is creating waves of reaction all over.

Specifically, in his letter, he demanded that the Senate president dismisses a request purportedly made by the Minister of Sports to the Senate for urgent appropriation of funds to enable the ministry, or the NFF (I am not sure who the funds were meant to go to) start early preparation of the Super Eagles for the 2018 World Cup.

I cannot confirm that such a request was made but considering the state of the country and the present government’s focus on eradicating corruption within the country’s body polity, no one should be surprised that alarm bells are ringing with another World Cup around the corner. The four-yearly event has been a cesspool of corrupt practices since Nigeria started going to the global fiesta in 1994.

Every Nigerian knows that it is a jamboree for everyone except the actual participants and those that attend outside government sponsorship. Even the players, seeing that they are being used as cannon fodder for this ugly practice that is so obvious to every living Nigerian, have been forced to join in the unprecedented sharing of ‘free’ money from government that could have been better used to develop Nigerian football to the greatest heights.

I cannot reproduce Kayode Thomas’s letter here for obvious reasons. He used some pretty harsh words. His most scathing is that the request for any funds from government is a scam!He then went on to say that the profligacy of the past must be stopped, and that the change mantra of the present government for which he worked hard to put in place must also take effect in Nigerian sports.

The question now is this: Is the request truly a scam? What really are the facts? Why is the issue of funding not simple and clear enough for all to understand? The NFF is supposed to be a non-governmental, private organization, according to the statutes of FIFA. But here in Nigeria, there is a concerted effort to install the NFF as an agency of government by law. The bill is before the national assembly moving slowly and dangerously to fruition one day soon.

FIFA tries to support and help the federations to sustain independence by funding the entirety of their participation in FIFA’s most important and lucrative event that rakes in unprecedented income for the global organization. FIFA provides basic funds and logistic support for every participating country that can take care of their preparation, participation and even much more beyond the championship.  Mark the word ‘basic’.

The federations also know that the World Cup gives them an opportunity to do business, big business, with companies falling over each other to pay for association with their national teams. Every federation is at liberty to do any extras on their own steam. They can choose to go to the moon for training. They can bring along to the event their entire population. They can do as they wish.

So, why should government come into the matter at all? That is the question begging for an answer. The reality is that here in Nigeria government has always provided all the funds even since 1994!The NFF draws up a budget through the sports ministry. The funds are often appropriated to them after a little threat by players and pressure from the gullible public for funds to prepare the Eagles.  The federation adds these to the funds from FIFA and other sources, and, thereafter embarks on a mind-boggling spending spree.

Often, there is a whole army of people – politicians, officials of the ministry, wives, girlfriends, family members, supporters, business associates and so on, that attend the World Cup as a holiday of a life time, all expenses paid for and no accounts ever rendered to government because the NFF is ‘non-governmental’. Can you believe it?

I read one of the several reactions to Kayode’s claims. It came from a gentleman whose views on Nigerian sports cannot be disregarded. He knows the story of Nigerian football and sports as a whole inside out! Chief Jibade Fashina-Thomas, Uncle Jabby is one of the last members of the visionaries that drove Nigerian sport in its most glorious days in the 1970s under the leadership of late Isaac Akioye. He was a brilliant and most respected journalist before he became the first spokesman of the then National Sports Commission.

This is a lightly edited excerpt from his published response. ‘Oh, Kayode, what a patriotic Thomas thou art! You have brazenly hit the nail hard on the head not caring whose ox is gored. Your letter to the Senate President is a clarion call and a crusade against barefaced corruption.

You see, requesting for funds to prepare teams for international competitions like the World Cup football championship is an old game in the Sports Ministry. The government is blackmailed into coughing out millions of US dollars for euphemistically preparing the national team, whose members are mostly in active professional competitions in foreign countries.

Meanwhile, FIFA adheres to its policy and sends funds to all participating countries to prepare their teams. The NFA, or whatever it is now called, has never accounted for such bailouts. The Sports Ministry is aware of the FIFA subventions but goes ahead to use the football championship to rake in its own loot from an unsuspecting (?) government. And nobody has questioned the Sports Ministry how the taxpayers’ money was “spended” (apologies, Solomon Dalung).

If you think the two NASS committees on Sports do not know what is going on, then you are making a ‘mugu’ of yourself. They lie in waiting with their forks and knives sharpened for their own slices of the cake before the whole loot is ‘spended’. It is an orchestrated racket, an age-long scam.Finally, our paths may not have crossed, Kayode, but I know enough about you through reputation. A million letters will not stop the NASS from approving Dalung’s request, regardless of the faulty procedure, but hundreds of sports loving Nigerians can….by picketing the National Assembly.

So, it is time you don your tracksuits and get ready for that march. We must not allow Dalung’s move to go unchallenged’.So, this is the reality. No country can claim not to have enough basic funds from FIFA to attend the World Cup.

The players know this too, and despite collecting all approved bonuses from government, rightfully demand a separate share of the grant from FIFA. So since 1994 they have been collecting about 50 percent of the total sum granted from FIFA and shared amongst themselves.