Media reveals that the song is an upbeat, hiphop- styled take from the original song with Ross lending some bars to the DJ Coublon produced-mix. 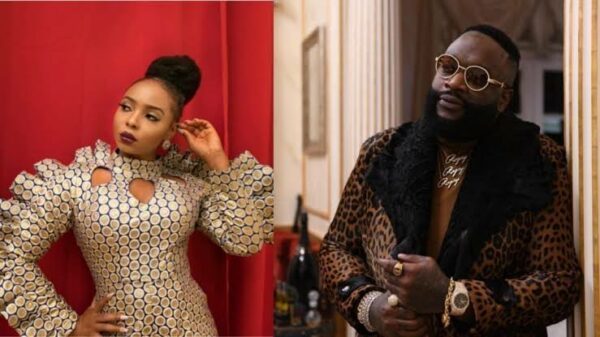 The colourful video features Yemi Alade and some vibrant dancers in eccentric Ankara pieces swaying to the music. Some cuts show the two singers cozied up as they vocalise the song.

Yemi Alade had earlier shared a video of herself on Instagram @yemialade, teaching Ross how to dance shaku-shaku which the American superstar seemed to get a hang on.

The new video has since generated buzz on social media with her fans stating differing views.

While some think the collaboration is a hit others said they expected more.

Yemi Alade has always made her mark on the international space. She has performed around the world and shared stages and songs with Mary J. Blige, Shina Peters, Wizkid, Becca, and others.

She recently sold out a show in Mayotte with thousands of fans in attendance. Mayotte is an archipelago between Madagascar and Mozambique.