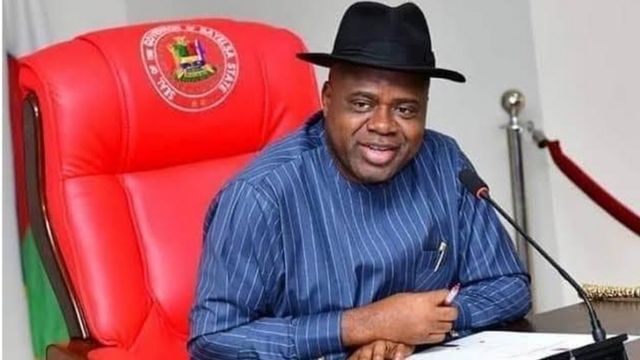 Bayelsa State Governor, Douye Diri, has directed his appointees nursing political ambition ahead of the 2023 general elections to resign in order not to be distracted.

Diri gave the directive during the State Executive Council meeting at the Government House, Yenagoa, on Wednesday, explaining that such an ambition was legitimate but it should not be at the expense of effective service delivery of his administration.

This was contained in a statement titled, ‘Gov Diri asks appointees eyeing elective offices to resign’, issued by the Chief Press Secretary to the Governor, Daniel Alabrah.

The governor said that although 2022 is a political year, governance will not be sacrificed on the altar of politics.

He noted that the administration still had time to deliver on its promises before the next governorship election in late 2023.

According to him, cabinet members eyeing other elective offices in the polls in February or March next year must not combine politics with governance, stressing that the development of the state should supersede politics.

Diri, however, commended members of the Exco for their commitment to service of the state in the past year and expressed the confidence that working together they can do more for the people.

He said there will be a periodic evaluation of activities of the various ministries this year to ensure that set targets were met while urging the cabinet members to redouble their efforts.

Diri said, “We have a few weeks to be two years in office. So, what is important now is what we have to show to the people of the state and Nigeria in our two years in office and beyond it. What else can we still do as we still have time to still do more? The feedback from the people about our performance so far has been very encouraging.”

“However, let me warn that any member of the state executive council that has one political ambition or the other to honourably resign. Any member of the cabinet that has such an ambition should please send your resignation letter to Secretary to the State Government.”