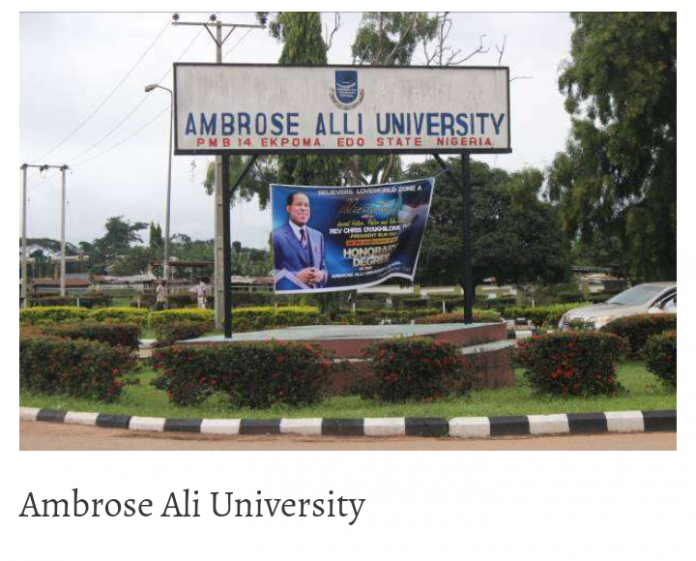 The authorities of Ambrose Alli University, Ekpoma, Edo State has sacked four lecturers of the institution over alleged misconduct.

The university, it was gathered, acted upon the recommendation of a Special Intervention Team who considered a report of the Senior Staff Disciplinary Committee.

It was further gathered that the team at an emergency meeting held on Wednesday, December 1, 2021, recommended that the lecturers be sacked.

The institution’s Public Relations Officer, Edward Aihevba, who confirmed the sack of the lecturers, said “Yes, the four lecturers were dismissed for gross misconduct.”
The names of the lectures were not given.