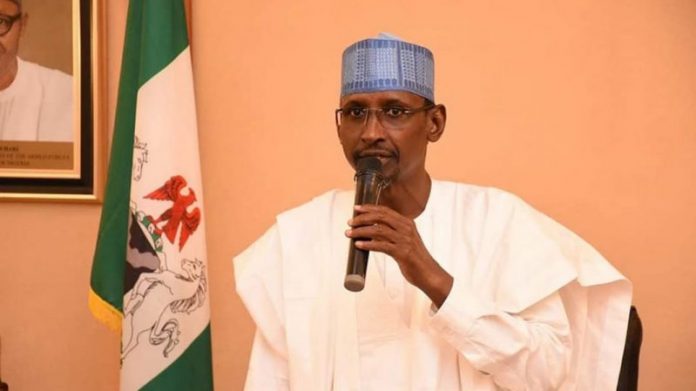 FCT MINISTER SAYS ALL BUILDINGS MUST FIT INTO THE ABUJA MASTERPLAN.

1.     The FCT Minister, Malam Muhammad Musa Bello has once again cautioned against the building of structures within the FCT, without   proper approvals from relevant agencies of the Federal Capital Territory Administration saying that all buildings must fit into the overall structure of the Abuja Masterplan.

2.     The Minister said this when he received members of the Governing Council of the University of Abuja, led by its Chairman and Pro-chancellor, Prof Ahmed Modibbo Muhammed, on a courtesy visit to the FCTA.

3.     According to the Minister, the FCT was a creation of law and as a result, no building should be erected within the Territory without the supervision and approval of officials of the FCTA.

4.     He emphasized the importance of this saying that public buildings the world over are subject to supervision and advised the university authorities to always follow these guidelines in the course of developing the university infrastructure.

5.     In the words of the Minister, “usually, when land is allocated, no matter how vast, its development has to fit into the overall masterplan and everything has to be placed in the right location”

6.     He also said that the university should have its own comprehensive Masterplan that fits into the Abuja masterplan, whereby the University authorities will work seamlessly with the FCT Administration in the development of the University.

7.     Speaking on the recent kidnap of some staff of the University by armed men, the Minister commended the University authorities especially the Vice Chancellor, Prof Abdul Rasheed Na’Allah for the roles they played solving the crime.

8.     He said that the Kidnap attempt was a well-planned attack targeted at the city of Abuja and it was the intention of the criminals to get maximum amount of publicity owning to the strategic nature of the city and raise doubts as to the security situation within the nation’s capital.

9.     As a result of cracking that case the Minister added, several other planned attacks were prevented from being executed.

10.     While acknowledging the continuous support and cooperation of the University’s Teaching Hospital, especially in the fight against the COVID 19 pandemic in the FCT, the Minister stressed that the FCTA will continue to support the University, more so, as staff of the FCTA have continued to take advantage of its proximity to advance themselves academically and professionally.

11.     He also assured the University delegation that issues raised such as encroachments on university land and other concerns will be adequately addressed saying that the University more than any other public sector institution has played a very significant role in the development of the Territory.

12.     The Minister said “For instance Gwagwalada which is the biggest satellite town in the FCT would not have been what it is today without the presence of the University”

13.     Earlier, the Chairman of the Governing Council of the University, Prof. Ahmed Modibbo Muhammed, had commended the Minister for his work in the administration of the nation’s capital, while also thanking him for the continued support the University has enjoyed from the FCTA over the years.