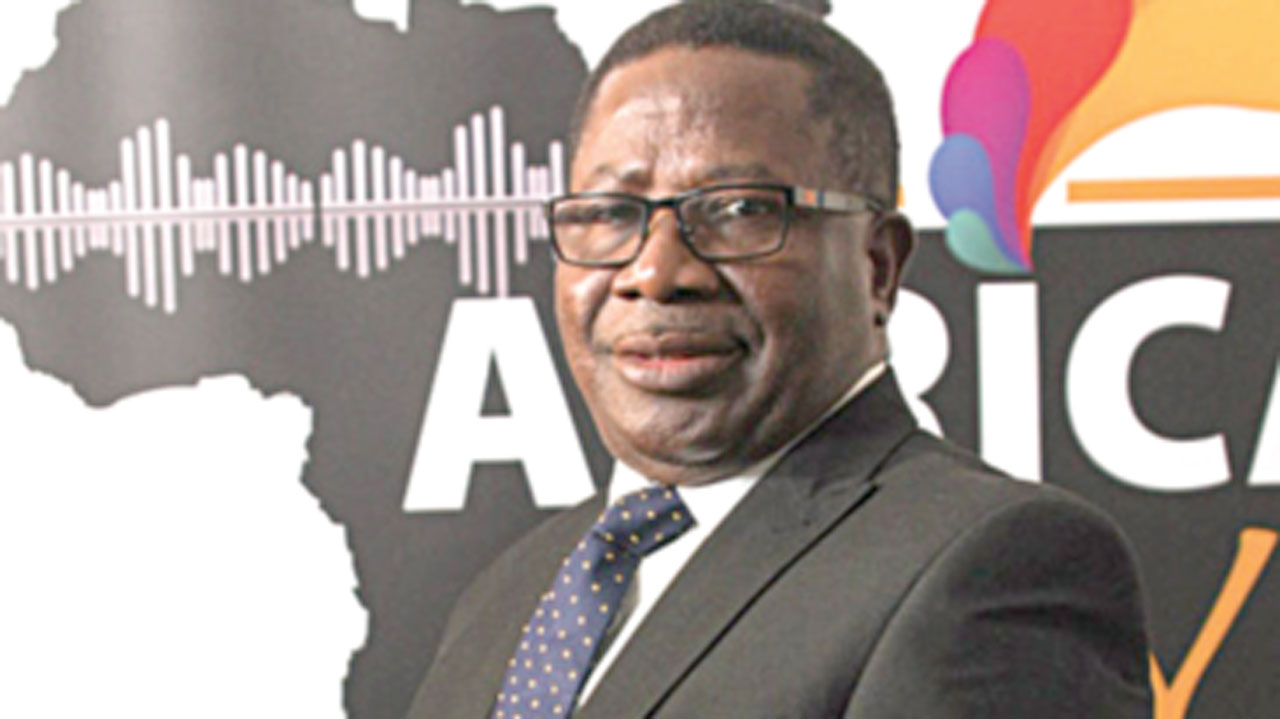 The 21st edition of the yearly African Films Awards (AFA), formerly known as the AfroHollywood Awards, will hold on Saturday, November 4, at the historic Stratford Town Hall, East London. AFA founder and publisher of the African Voice Newspaper, PRINCE MIKE ABIOLA, spoke to TUNDE OYEDOYIN, at his Brixton office, on how the journey that started with the publication of Nigerian Videos Magazine in 1994, metamorphosed into a pioneering awards, which have transformed the fortunes of many Nollywood A-list actors, actresses and artistes. One of his many memories includes the night London came to a standstill in 1999 and the Metropolitan Police gave him just 10 minutes to clear the road or they’ll shut down the show. But guess what? The Show keeps going on and on.

How did you come about the idea of the awards?
IIT started with the publication of Nigerian Video Magazine. During one of my travels back to Nigeria, I had a chance meeting with a movie producer, called Alade, who approached me for technical assistance that will enable him boost the quality of what he was doing and to also expose him to the U.K (United Kingdom) market. After that, we realised that there’s a big potential in the video industry and that people were interested in what was going on at home and they also want to read about the private lives of the actors and actresses. Hence, we commenced the publication of the magazine. The first edition of the 40-page glossy magazine went to bed in September 1994, and as a follow up, we felt we should institutionalise the industry and that was what gave birth to Afro Hollywood Awards, now the African film Awards.

What made you start it?
I think it was my passion in culture from a very early age. One contributing factor being that l grew up in Lagos near where the late iconic Hubert Ogunde, used to live. I then attended the nearby Methodist Primary School; so, I was influenced by his troupe. The passionate journey started there. When l later had the chance meeting with Alade, l then realised that we as individuals can do a lot to improve the content of the film that our talented actors and actresses produced. l decided that at that stage in 1996, that we will not just be producing the monthly Nigerian Videos Magazine to give updated about happenings in the Nigerian –then – home videos industry, we’ll also celebrate excellence in the industry.

Why the name Afro Hollywood?
At that time, we were looking at what the African Americans were doing in Hollywood, so we felt that to generate interest we needed to coin a name that is similar to what they were doing. But over the years, we realised that we needed to change it to African Film Awards.

Do you remember the moment you conceived the idea? What exactly were you doing or where were you? Watching a home video or something similar?
I cannot put my hand on the exact date or time, but over the years my love for the arts had always been there and a love for interest in publishing. So, coupled with the fact that l now trained as an aviator and was doing a lot of traveling. Anytime l was flying back to the UK from Nigeria, people used to ask me if l brought home videos from home. At that point, l realised that there was a huge interest in the industry even though it may be crude, technically backward and needed improvement. But It was obvious that there was a huge following and interest in it. The videos also served as nostalgia for those who had been in the UK for 10 to 15 years. It was then, l realised also that the interest l have in the industry should give birth to a publication and then l saw that it was well received and was getting reviewed in publications like The Guardian and the Punch. Besides, other newspapers too were dedicating one or two pages to reviewing our magazine, which was in fact a 40-page glossy publication dedicated to the Nigerian home videos.

I remember people were asking me if there was a film industry at home and if it could sustain a 40-page publication. But because we saw the potentials, we saw the talents that abound in the industry, I just kept on publishing. Two years later, I realised that we needed to bring them here to celebrate and offer them the opportunity to be exposed to a culture that is different from theirs and to also give them the opportunity to improve the technical content of their work.

So each time we bring in the cinematographers, producers and the likes, we take them to places like BBC studios for them to see how they’re doing their multi- media productions and stuff like that. In fact, a lot of them do come back to improve themselves in film schools around the UK.

Do you remember who the first recipients were and where the awards was held?
I will never forget that because it’s part of the memories l keep and do cherish. The first edition was in 1996, at a hotel in Hampstead, North London. We placed advertisements that we were going to bring in A-list Nigerian actors and actresses. What we had then were video shops where people could borrow Nigerian videos and return them. In fact, it was not yet identified as Nollywood at that time.

The top names then were Liz Benson, Segun Arinze, Richard Mofe-Damijo, Kanayo. O Kanayo, Sola Sofudo, and Golda John. We also brought in producers as well. These were people who had never been celebrated before in the industry. Of course there was scepticism, but we delivered. That maiden edition was a grand success and what we then did the following year was to build on that success.

Which editions do you regard as the most memorable ones and can never forget?
I can never forget 1999, this was the year we celebrated Zebrudayah, KWAM 1 (King Wasiu Ayinde I), Moji Bantefa and others. We also celebrated producers and those behind the scenes too.

But it wasn’t just the success; it was the fact that it sold out for the very first time. The whole road of Docklands, East London, was blocked. The hotel manager came and said we’ve got to shut this thing down. Both the police and the fire brigade also came and asked who is the celebrant? The police came to me and said, ‘we’re giving you 10 minutes and if that road is not cleared, we’re going to shut down this event.’ It was amazing and a grand success. The hotel had a capacity for 1,000, but not only was it filled, the lobby was packed and we had about 500 people outside as well. People came out en-masse to celebrate our Nollywood stars.

Another was in 2007; we had record breaking one at the Hilton Metropole, Edgware road, North London. It was packed, as we had the likes of Jim Iyke, Segun Arinze, Kunle Afolayan. Osofia was there and we also had the then Director General of Nigerian Tourism Board, Otunba Segun Runsewe, who also received an award. We had Senator Tokunbo Afikuyomi, Dele Momodu and other senior journalists from Nigeria, including the current Lagos State Commissioner for Information, Steve Ayorinde, then a reporter with The Guardian Newspaper.

They all went back home and did fantastic reviews. We also had performers like Wierd MC and she went home and did the breweries show. It was a fantastic celebration. We had JJC and the 419 Band. It was actually the year the event was established as the number one brand in entertainment and events in the British African community.

Do you know if receiving the awards has helped any of the recipients to the next level in their careers?
So many have attested to the fact that as soon as they received the awards and went back to Nigeria, they tripled their demand. Filmmakers, directors and marketers have realised they’ve been celebrated abroad and that they have fan base outside the country. It became an exposure for many Nigerian actors on the UK international scene and many of them have gone on to become Brand Ambassadors.

In terms of career development for the actors, many were traveling for the first time and quite a few had become life partners with people they were reunited with at the awards. Ironically, some of the recipients do not receive the commensurate salaries to match their stars’ status.

In one particular year, one recipient who was a widow was so inundated with gifts from her fans to the extent that when she couldn’t take all back to Nigeria herself, she had to ship some home. Besides, it was some of the cash gifts that she received that she used to develop the plot of land her late husband had bought before passing away. That’s where the actress and the children moved to.

What has it been like organising the event for 20 years running?
It’s the passion and also being married to an actress, Golda John Abiola. My wife was in productions like Check Mate. Of course, there have been times when l didn’t feel like doing it, she’ll encourage me to carry on. She’s been my rock.

Our ultimate goal is to build a viable movie industry for generations to come and in doing that, you cannot, but make sacrifices. However, I must also acknowledge small businesses, who believe in us. Most of them are personal friends, some are just basic advertisers. They see what we do and they are the ones who have encouraged and strengthened us with their support over the years.

Were there any recognised awards within the community or Nigeria, before you started Afro Hollywood ?
To start with, there was no publication dedicated to the film industry when we started producing Nigerian Videos Magazine in 1994. When we started the awards two years later, they were pioneering awards and it took us running till 2005, when another awards came up. So, it was almost 10 years after we launched out before someone else saw that there is something to be celebrated in the industry.

In Nigeria for instance, there’s now AMAA (African Movie Awards ) and the City People Awards. But these were not there when we started. So, we are not just the pioneers, but also Africa’s most popular and prestigious movie awards for the film industry. Of course, AMAA is using the vehicle of state sponsorship and other awards too are getting the type of backing that we don’t have here in the UK, but all these can only benefit the film industry. These only mean that we have a lot to celebrate.

What is the expectation for this year’s awards?
The awards recognises and celebrates excellence and the fact that some of our past recipients are still practicing is testament to that. The likes of Richard Mofe-Damijo, Zack Orji, Jide Kosoko and Ramsey Nouah are still very active and this goes to show that we discovered some great actors quite very early.

The talents that we discovered and celebrated in those early days are still being celebrated today. Ramsey Nouah was one of those.

Has Omotola Jalade-Ekehinde ever received an award?
Unfortunately, she’s never received. She’s one of the few stars who has never received. Although, she was shortlisted, but that year, she couldn’t travel out because of child bearing.