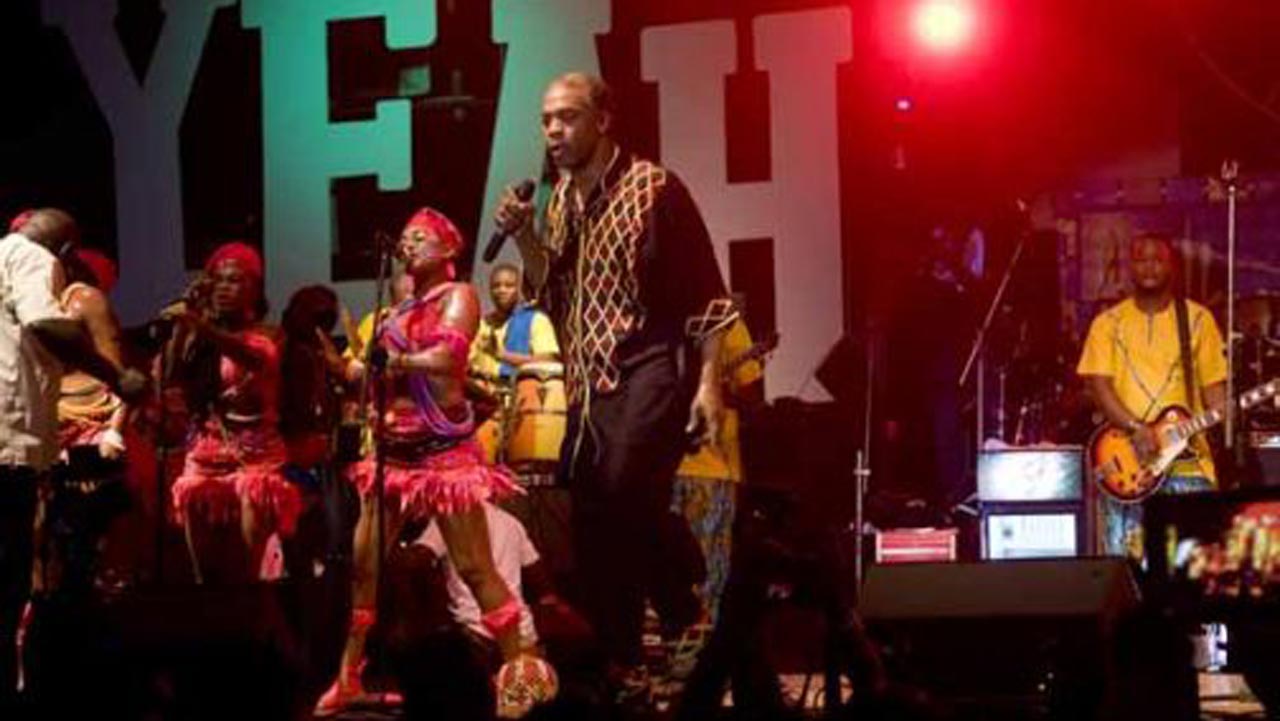 New Afrika Shrine was agog last Sunday with government officials, the art cycle, general public and the fans of Fela Anikulapo Kuti to celebrate the end of the seven-day Felabration to mark the demise of the Afrobeat legend 20 years ago. Several artistes performed at the event, including the legend’s sons, Seun and Femi, who took to the stage to enact electrifying performances in honour of their late father before a mammoth crowd.

Femi, who played just before the governor and his entourage among other dignitaries took their leave, held the crowd spellbound with his saxophone with which he held one note for about five minutes.

Before he performed his song ‘Corruption has Finished,’ Femi informed the audience that whatever song he would sing was not to spite anybody, but to criticise the government to do what the people deserve, saying they should not take it to heart. He went ahead to sing his fathers ‘Water no get enemy.’