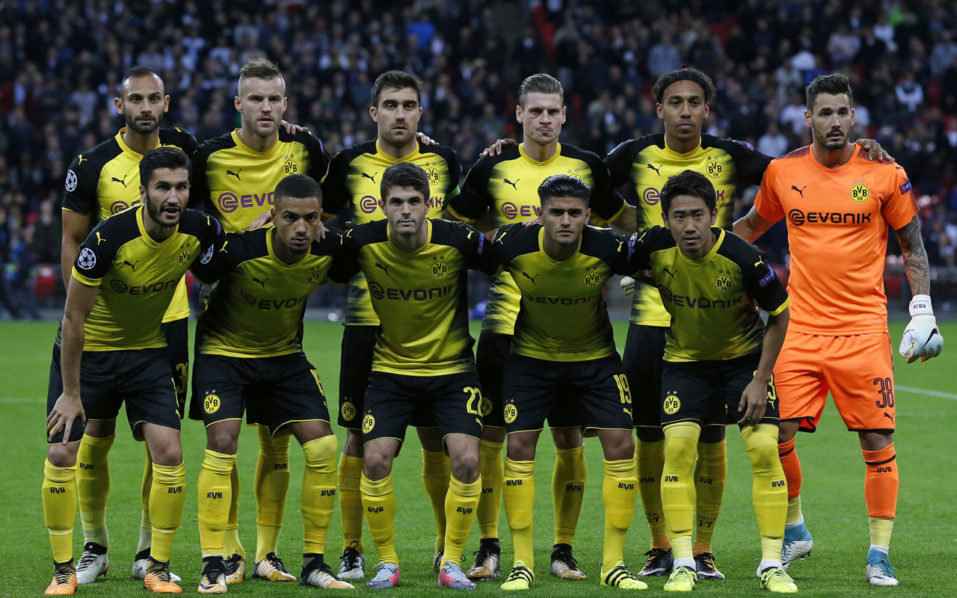 Bosz said Dortmund have now got their work cut out in their next two home games — against APOEL in a fortnight and Spurs on November 21 — before facing holders Real away.

“It’s going to be difficult for us now and the result in Madrid didn’t help,” said Bosz.

“We need to try to win the home game against Nicosia (APOEL) and see how the last two games go.”

Dortmund, the 2013 Champions League finalists, are third in Group H, trailing both Real and Spurs by six points after having to come from behind in their 1-1 draw at Cyprus side APOEL on Tuesday in Nicosia.

Sokratis Papastathopoulos rescued a point after an error by Dortmund’s goalkeeper Roman Burki let Mickael Pote give the hosts a shock second-half lead.

The German side’s plight in Europe was not helped by Spurs taking a point at the Santiago Bernabeu.

Raphael Varane’s own goal for Real was cancelled out by a Cristiano Ronaldo penalty in Tuesday’s 1-1 draw, which leaves Madrid and Spurs on seven points.

Bosz refused to point the finger at Burki for failing to hold the shot that led to Pote’s goal.

“Roman has often helped the team this season. Things like this happen in football and the team won’t blame him,” said the Dutch manager.

“We didn’t play well in the second-half and it was all a bit wild, which shouldn’t happen in the Champions League,” he said.

“With a bit of luck, we’ll win the next game and we have to show a reaction.”

Dortmund remain top of the Bundesliga despite losing 3-2 at home to RB Leipzig last weekend.

Bosz said only hard work will get them back to winning ways against Eintracht Frankfurt on Saturday in the top German league.

“I’m a positive person and in football, you can lose, which is what happened to us last week,” said Bosz.

“It will certainly happen to us again this season, but if we work hard, we will be rewarded.”