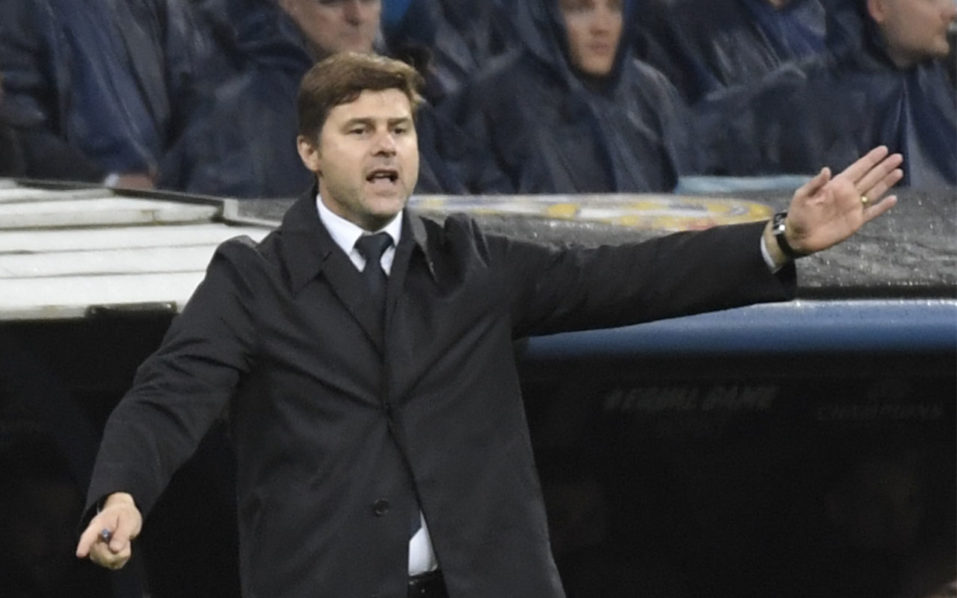 The English side had to rely on two stunning second-half saves from goalkeeper Hugo Lloris to deny Karim Benzema and Cristiano Ronaldo, but were good value for a point that keeps them level with Madrid on seven points at the top of Group H.

“It was a magnificent opportunity to show we can compete and play against a team used to playing at this level,” said Pochettino.

Spurs crashed out at the group stages last year against less exalted opposition, and Pochettino hailed the progression of his young side over the past 12 months.

“We are a team in construction. Last year against Monaco, Bayer Leverkusen and CSKA Moscow we managed just seven points, this year against teams like Real Madrid, Borussia Dortmund and APOEL we already have seven points.

“It has been an important step forward. The team is competing and that is something that has to give us confidence to continue on the way we have chosen to do things.

“The potential the club has for the future is huge.”

“Benzema’s header is one of those where Lloris saves it one in every 10,” said Zidane, who couldn’t hide his disappointment at dropping two points at home.

‘Now comes Wembley’
But Lloris hailed Spurs’ resistence against a side that has won the Champions League in three of the past four seasons.

“It was a great challenge for a young team, to show the face of Tottenham against the best team in the world,” Lloris told BT Sport.

“At this level it’s a great feeling to get a good draw.”

It could even had been better for the visitors had Keylor Navas not produced a stunning save to prevent Harry Kane enhancing his burgeoning reputation on the continent 19 minutes from time.

“A point at the Bernabeu, you’d take that every day of the week. It shows how far we’ve come as a team,” said Kane.

The two sides meet again at Spurs’ adopted home Wembley with top spot in the group on the line.

“It’ll be tough again,” added Kane. “But we’ve shown we can handle it at this level and that’s what it’s all about.”

Real, though, have shown they have the potential to win anywhere in Europe over the past few seasons and midfielder Toni Kroos expects them to be inspired by playing at the home of football.

“Now comes the game at Wembley. We are capable of winning anywhere, Wembley is a special stadium and I am desperate for that game to arrive,” said the German World Cup winner.