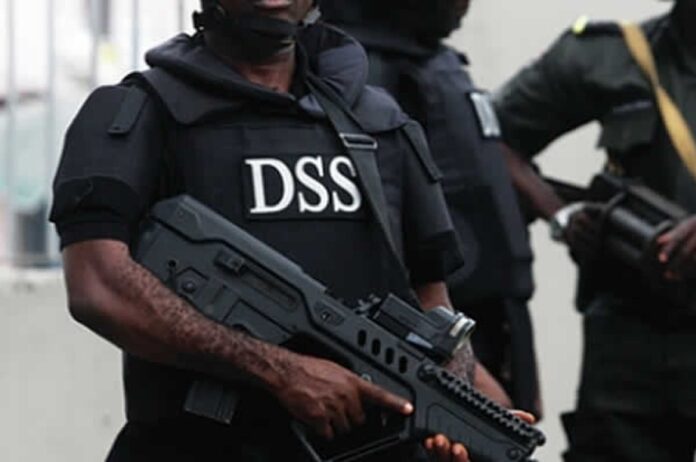 The Department of State Services (DSS) has accused media organisations of promoting the activities of terrorists and secessionists in the country.

This is even as Ekwulobia town in Orumba South local council area of Anambra State was thrown into serious tension yesterday, following the alleged killing of operatives of the Department of State Services (DSS) by unknown gunmen.

Spokesperson of DSS, Nnochirionye Afunanya, in a terse statement yesterday alleged that some media handlers give unnecessary attention and coverage to activities of bandits, terrorists and secessionists.

This is condemnable given that these elements thrive on undeserved publicity which they enjoy from media patronage,” he stated.
Afunanya advised journalists to apply restraint and avoid sensationalising news especially as the Anambra governorship election draws closer.

“Amidst heightened insecurity in the South East and the upcoming Anambra State governorship election, the media is advised to apply restraint and avoid sensationalising news.

“The DSS believes that this dimension of reportage holds negative consequences for public order and peaceful coexistence.

“The Service will, however, continue to collaborate with appropriate stakeholders to ensure not only a hitch-free electoral exercise but that a conducive environment necessary for citizens to pursue their legitimate businesses in and outside the state is provided,” he said.

The DSS operatives were allegedly gunned down at Ekwulobia round about in the afternoon. Neighbouring communities like Isuofia, Nnaka Aguluezechukwu and Oko were placed on high alert after the incident.

Residents had scampered for safety as joint forces comprising the police and military took over the area. Though details of attack were sketchy, a video circulated on social media, which shows the extent of firepower against the security agents.

The bodies of the deceased were hurriedly taken away from the scene as several residents converged to have a glimpse of them.

Declaring Bandits As Terrorists’ll Come At a Price