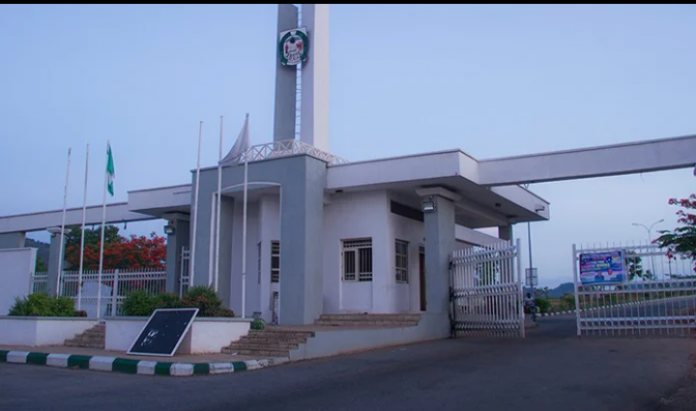 Security agencies have arrested eight suspects in connection with the Tuesday abduction of two professors and some other staff members of the University of Abuja.

The suspected kidnappers were nabbed at their hideout in Shenegwu Forest in the Gwagwalada area of the Federal Capital Territory during a joint operation by the police, the military, Department of State Services and other security agencies on Friday.

The personnel were said to have rescued the victims unhurt and taken them to the hospital for medical check-up.

The FCT police spokesperson, Josephine Adeh, said in a statement on Saturday that the hoodlums exchanged fire with the operatives but were overwhelmed.

The statement titled, ‘Re: University of Abuja abduction: eight in custody, all victims rescued, criminal hideout uncovered’, read, “Following investigations and manhunt for the criminal elements involved in the abduction of staff (members) of the University of Abuja at the University Staff Quarters, Giri, on November 2, 2021, operatives of the Nigeria Police Force in collaboration with the military, the DSS and other security agencies in a joint operation in the early hours of Friday, November 5, successfully identified the hideout of the criminals located at Shenegwu Forest in the Gwagwalada area of the FCT and rescued all abducted victims unhurt.

“The criminal elements, on sighting the security team, engaged them in a fierce gun duel. However, the superior firepower of the security operatives led to the arrest of eight members of the notorious gang while some other members of the gang fled into the forest and nearby communities.”

It quoted the FCT Commissioner of Police, Babaji Sunday, as saying that investigation was being intensified to apprehend the fleeing hoodlums.

The CP enjoined residents, particularly those around the Gwagwalada area of the FCT, to be vigilant and provide the police with useful information that could assist in apprehending the gang members still at large.

Meanwhile, the command has initiated investigation into the kerosene explosion that killed five persons and injured 10 others at the Kubwa village market on Friday.

The police said preliminary investigations revealed that two shops in the market were affected in the fire incident following a kerosene surface tank explosion.

2023: Only God Will Decide Next Delta Governor —Olu Of Warri

Plateau Residents Groan Over Rise In Price Of Charcoal

Three To Die By Hanging In Ekiti For Robbery, Murder