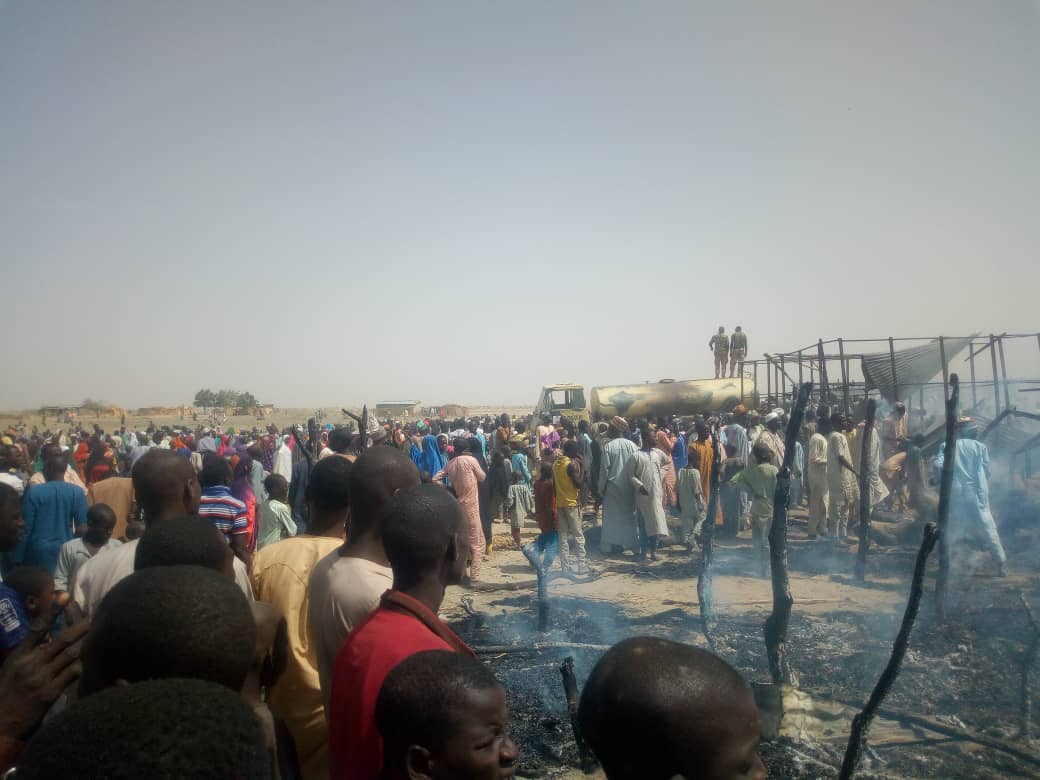 Several other displaced persons in the camp sustained different degrees of burns.

The cause of the fire is yet to be ascertained but a source told The InfoTrust that it may have been started from a kitchen in the west flank of the camp.

Firemen were able to get to the scene about 45 minutes after the fire started.

A source with an international humanitarian agency told The InfoTrust on Thursday that 7,457 IDPs were rendered homeless.

Nigeria Must Continue To Borrow To Survive – Senate President, Lawan