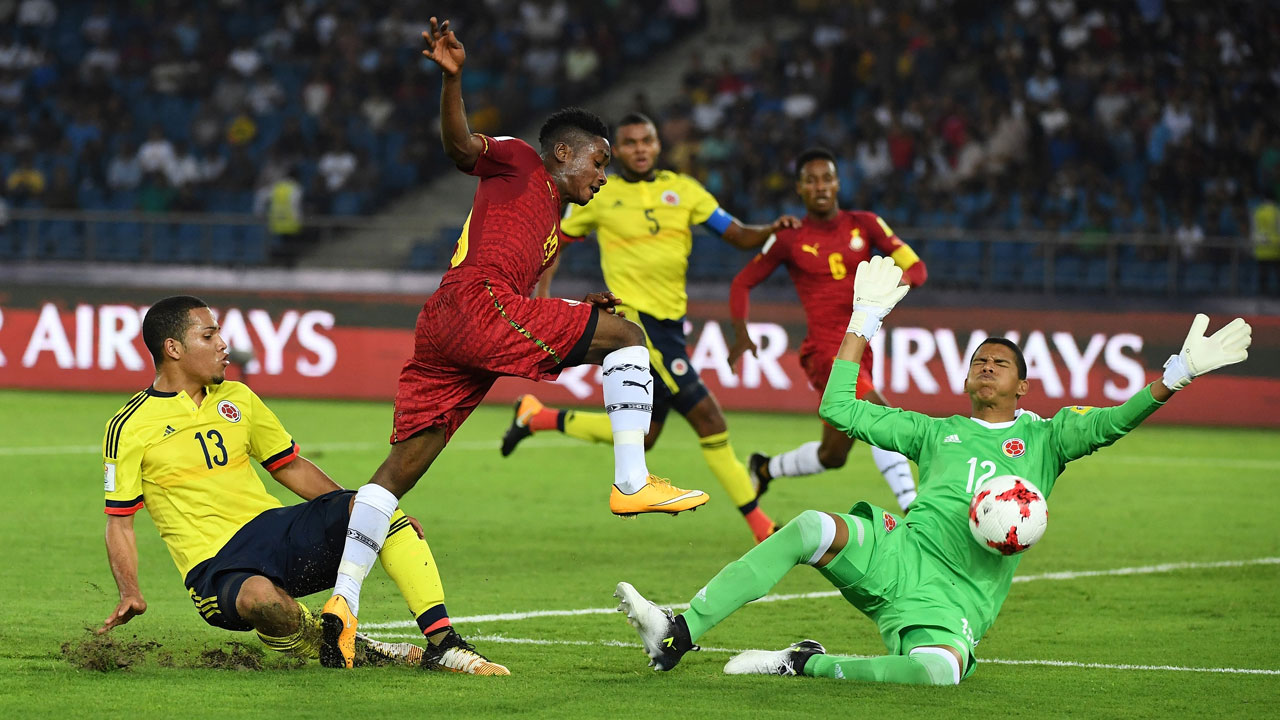 Two-time champions Ghana edged past Colombia 1-0 in their opening match in Group A of the Under-17 World Cup in India.

Sadiq Ibrahim scored the winner six minutes before half-time in the hard-earned victory for the Black Starlets.

He converted from close range after a cross from the left by captain Eric Ayiah, who wasted a chance of his own in the second half.

Ghana’s next match is on Monday against USA when Colombia will take on hosts India.