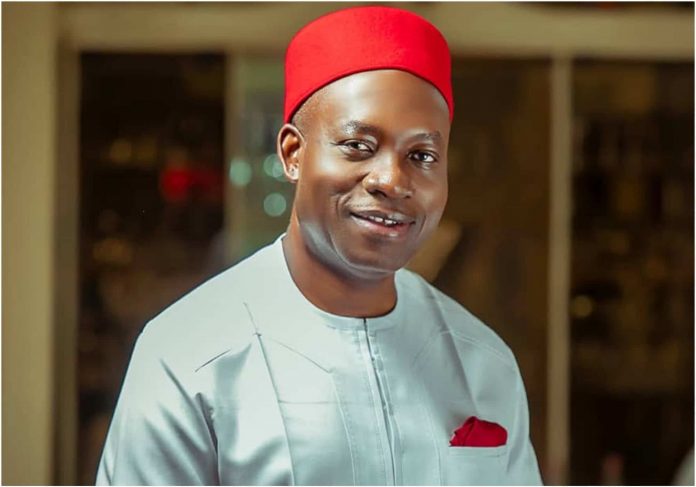 Professor Charles Soludo of the All Progressives Grand Alliance (APGA) has swept to victory in the Anambra governorship elections, winning 19 of the 21 local government areas of the state.

“That Charles Chukwuma Soludo of APGA, having satisfied the requirements of the law is hereby declared the winner and is returned elected,” said the Independent National Electoral Commission’s Chief Returning Officer for the poll, Professor Florence Obi, in announcing the outcome on Tuesday morning.

But the candidate of the All Progressives Congress (APC), Senator Andy Uba, was unable to win any local government in the election.

Soludo, 61, a former Governor of the Central Bank of Nigeria, secured 112,229 votes, twice more than his closes rival – PDP’s Ozigbo to be returned as winner of the election.

Breakdown of votes by the four frontline parties according to LGAs

Soludo’s victory comes on the heels of a toughly contested election that spilled into a supplementary poll over security concerns in one of the 21 local government areas – Ihiala.

As the usual practice, election results were trickling in a day after the election and those from 20 local government areas were collated, except Ihiala.

Party agents, reporters, and observers, among others, had waited until the early hours of the third day (Monday) for a winner to be declared before events took a different turn.

Rather than declaring a winner, Professor Obi announced the suspension of the collation exercise despite announcing the total votes scored by the contenders in the 20 LGAs collated so far.

She went on to announce that a supplementary election should be conducted in the 326 polling units across Ihiala, saying this was in line with the provisions of the Constitution.

Breakdown of votes by all 18 political parties

The former banker was elected as the next Chief Executive of Anambra on his second race to govern the state. He first contested in 2009 on the platform of the PDP.

The build-up to the election was characterised by serious campaigning in an atmosphere filled with security concerns and uncertainty.

Amid these concerns, the Federal Government considered declaring a state of emergency in the state to ensure the poll would proceed as scheduled.

It took the deployment of some 43,000 police officers and hundreds of other security agents, including soldiers for the election to be held.

Soludo’s victory means he will be succeeding Willie Obiano who is in the final months of his second term and that APGA will be retaining power in the state, which it has governed since 2006.

After weeks of uncertainty and mounting tension, the election held peacefully as the electorate went to their respective polling units to vote for the candidates of their choice, defying security threats.

Observers monitoring the election, however, reported incidents of vote-buying and failure of accreditation devices – Bimodal Voter Accreditation System (BVAS), among others.

The device failure was also experienced at the governor-elect’s polling unit in Aguata Local Government where he waited for over five hours before he could vote.

This initially sparked tension at the polling station as just one person out of the 717 registered voters was able to vote, about one and half hours into the election.

Elsewhere, the other frontline candidates voted without any glitch recorded.

In events that led to the election, it was an uneasy quest for Soludo in his journey to succeed Obiano as the next governor of the state.

Following a series of drama accompanied by the crisis within APGA and conflicting judgements resulting from the party’s primary, INEC finally recognised Soludo as APGA candidate and Ibezim Onyekachukwu Gilbert as his running mate on August 19.

More than a month later, APGA officially flagged off its campaign for the election, and Soludo was presented the party’s flag to officially recognise him as its candidate – bringing an end to all disputes relating to the party’s candidacy.

At the event held six weeks before the election, Soludo began his acceptance speech with a song titled ‘Who Can Battle With The Lord?’ after which he thanked the party leaders and members for their support all through the events that led to his emergence as the party’s candidate.

“The next thing that should happen in Anambra will be to consolidate the wonderful works that are ongoing, especially under the 16 years of APGA in Anambra State,” he promised.