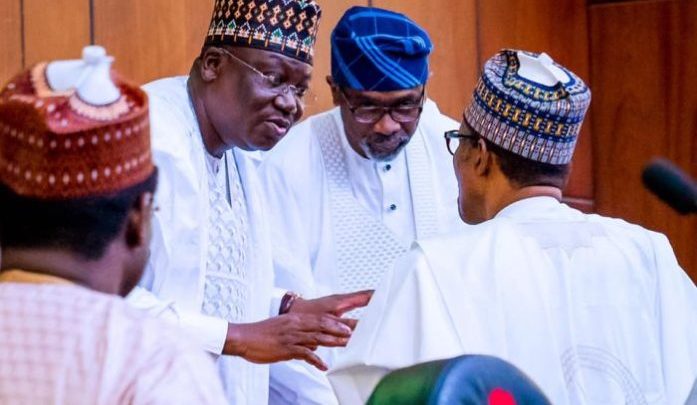 The Senate and the House of Representatives, on Tuesday, passed the harmonised version of the 2010 Electoral Act (amendment) Bill, 2021, after adopting the report of their joint Conference Committee.

The harmonised version of the bill, among others, mandated all political parties to conduct their primaries using the direct method.

The method will afford all party members the opportunity to vote and elect candidates for all elections.

It is different from the indirect primary, where only party leaders and elected officials act as delegates to decide candidates.

The bill also gives legal backing to the Independent National Electoral Commission to transmit election results electronically without the permission of the Nigerian Communications Commission.

The approved clauses were part of the final recommendations of the Conference Committee of both chambers of the National Assembly.

The conference committee considered the differences in 21 clauses and the explanatory memorandum.

The Senate Leader and Chairman of the Conference Committee, Senator Yahaya Abdullahi, presented the report at the Senate plenary on Tuesday.

“The bill is now ready for passage and presidential assent,” Abdullahi stated.

He expressed joy that “citizens’ top priorities” in the Electoral Act amendment, including the use of technology, had been addressed by the Electoral Bill, 2021.

Abdullahi said the Senate versions of clauses 52 and 87, among others, were adopted.

The Senate did a re-committal of the amended clauses 43, 52, 63 and 87 passed on July 15, 2021 following the consideration of the Senator Kabiru Gaya-led INEC Committee.

The National Assembly, however, on Tuesday passed clause 52 to read, “Subject to Section 63 of this bill, voting at an election and transmission of results under this bill shall be in accordance with the procedure determined by the commission (INEC).”

It also approved the conference committee’s report on Clause 87 to read, “A political party seeking to nominate candidates for elections under this bill shall hold direct primaries for aspirants to all elective positions, which shall be monitored by the commission.”

Following the successful passage of the harmonised version of the conference committee’s report, the All Progressives Congress senators held a crucial meeting after plenary to deliberate on the issue behind closed doors.

Those in attendance included the Senate President, Ahmad Lawan; his deputy, Ovie Omo-Agege; principal officers and other members of the APC in the red chamber.

The lawmakers emerged from the meeting after a two-hour deliberation and refused to speak to journalists.

However, a senator, who attended the parley, confirmed to one of our correspondents in confidence because of the sensitivity of the matter that they deliberated on the issue of the Electoral Act (amendment) Bill.

He said, “The meeting was called basically to deliberate on the issue of direct primaries and the e-transmission of election results.

“We have resolved that there is no going back on the decision taken by us on the two issues. We have also mandated our leaders to insist on the decisions we took at plenary during their meeting with the party’s leadership later today (Tuesday evening).

“We initially asked them to shun the meeting called by the leadership of the party at the Aso Rock Villa, but we later changed our minds.”

National Assembly will veto Buhari if he withholds assent – Lawmakers

Asked what will happen if the President, Major General Muhammadu Buhari (retd.), withholds assent to the proposed legislation, the senator said the meeting resolved to veto him.

He said, “We also resolved at the meeting to veto the President if the governors mount pressure on him to withhold assent to the bill.

“We are determined to deepen internal democracy within our political parties and ensure that our electoral system is transparent and credible.”

The Chairman, House of Representatives Committee on Media and Public Affairs, Benjamin Kalu, also said the lawmakers had the power to veto the President.

“Whether or not, we still have an option open to us if the President takes a position that we are not convinced about; the law is clear on that in our Constitution and that is vetoing the President if the need arises. But in this case, we will cross the bridge when we get there,” he stated.

Members of the opposition Peoples Democratic Party in the Senate have also resolved to resist any attempt to truncate the approval of direct primary method by their party.

A PDP senator confirmed this in an interview with one of our correspondents on Tuesday.

He said, “On this issue of direct primaries and e-transmission of election results, we are on the same page with our colleagues in the APC.

“The nation’s democracy will be totally ruined if we allow the governors to continue to hand-pick candidates under the guise of indirect primaries.

“Our decisions on those two issues are final and there is no going back.”

It will be recalled that the leadership of the PDP had in a statement by its National Publicity Secretary, Kola Ologbondiyan, in July rejected the idea of mandatory direct primary elections for all political parties in the country.

In similarly passing the bill, the Chairman of the Conference Committee, Akeem Adeyemi, laid the report and it was considered by the Committee of the Whole and adopted by the House of Representatives later.

However, before the House dissolved into the Committee of the Whole, the Minority Leader, Ndudi Elumelu, had raised a point of order of privilege to fault the speedy laying and consideration of the report when the lawmakers had not been availed of the copies.

Elumelu said, “The procedure, Mr Speaker, is that members ought to be given copies to go through (to determine) whether there are differences or not; they will go through and set a date to consider the report.

“It was in good judgment that the Chairman, House Committee on Rules and Business (Abubakar Fulata) suspended Item 11 (on the Order Paper). So, I do not see (a reason for) the rush for us, even if the Senate has passed it. We do not know what the Senate did, whether it even allowed members to have their copies and go through to be sure that it has the same thing as what they passed.”

The Speaker, Femi Gbajabiamila, however, insisted that the report would be adopted during the session, citing limited time, and assured the Minority Leader that he would be given a copy as requested.

He said, “Under normal circumstances, you may be right if it is a typical report. This is a harmonisation committee’s report for us to adopt. We are all aware of what it contains, unless you were not here, or you have not been reading the Electoral Act and what the issues are.

“They are just a few issues; two of them were recommitted; they are not even part of the harmonisation. (For) others, the chairman, Adeyemi, is here; he will read them out to you for your understanding in case you don’t remember. And we will give you time to digest them.”

Buhari to get bill within seven days – Reps

Addressing journalists after the session, Adeyemi said, “Today, the National Assembly has finally concluded its own side of the Electoral Act (amendment) Bill. The next phase is presidential assent.”

Kalu also said, “Today is a happy day in Nigeria. The beauty of the bicameral legislature was displayed today, where the two houses of parliament agreed on this fundamental position that has to do with Clause 87 as well as Clause 52 for the House and Clause 53 for the Senate.

“These bordered on the issue of transmission of results as well as direct or indirect primaries by the political parties.”

Kalu stated that the Senate and the House agreed on direct primaries for the advancement of the nation’s democracy and returning power to the people.

He said, “On the transmission of results, we have agreed that there is no third party precondition that will be done before results can be transmitted electronically. That has also been accepted by the Senate and the House.

“The question is where is the legislation heading next? It will go to the Clerk to the National Assembly, from where it will go to the President. The matter, in the eyes of the parliament, has been decided, which means that the parliament has done all that the law requires it to do with regard to law-making.

“We have asked the bureaucrats to pass the bill fully to the Executive. I am sure that within seven days or thereabout, the legislation will be migrated to the President, who is interested in ensuring that democracy in our country is strengthened. This, he has shown in the recent elections in the country, where he wanted the people to speak and let the voice of the people be the voice of democracy.”

Meanwhile, Civil Society Organisations, YIAGA Africa and the Centre for Liberty, have commended the decision of the National Assembly to pass the Electoral Act amendment Bill into law.

They also called for urgent assent to the bill by the President.

The Director of Programmes, YIAGA Africa, Cynthia Mbamalu, stated this in an interview with The PUNCH on Tuesday.

According to Mbamalu, the passage of the bill is a positive step that will guarantee credible and transparent elections.

She said, “The passage of the Electoral Amendment Bill by the National Assembly is a positive step towards a new Electoral Act that both guarantees credible and transparent elections, and also inspires citizens’ confidence.

“The proposed amendments to the Electoral Act introduce key amendments that adopt technology in the accreditation, voting and result management process; strengthens the independence of the Independent National Electoral Commission; enables the process towards democratic and inclusive primaries; and promotes better oversight over the electoral process.

“These are important factors that will impact on the credibility of the 2023 elections. Considering that we are behind the timeline set by the National Assembly on electoral reforms, it is important that the President grants speedy assent to the bill.”

The Convener, Centre for Liberty, Dare Ariyo-Atoye, also called on the President to grant speedy assent to the bill.

According to him, the final stage is in the hands of the President.

He said, “Now that it has been passed, the most important thing is for the President to assent the bill. If he does that, then we can rejoice.

“Nevertheless, I must commend the National Assembly for a job well done; it shows that we are on the right path.”   ,,