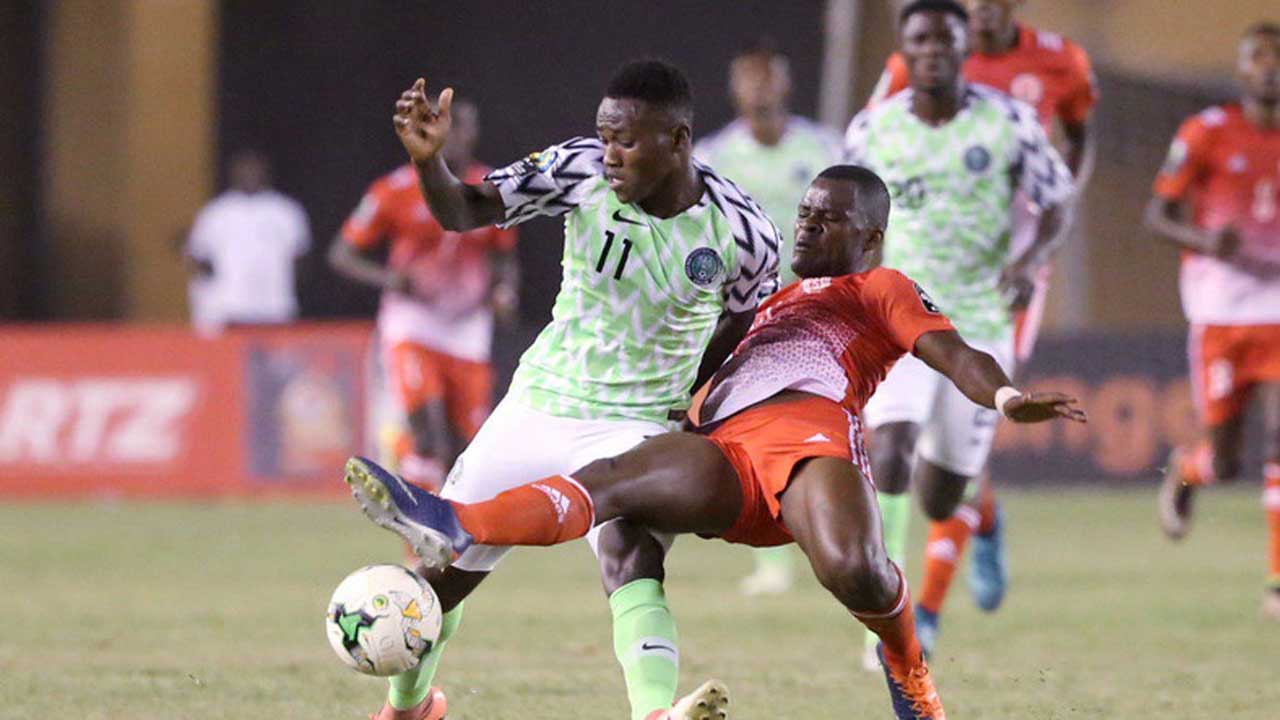 Nigeria’s Aliyu Ibrahim (left) tangoes with a Burundian defender during their opening game of the on-going African U-20 Nations Cup in Niger Republic. The Flying Eagles will meet the hosts in a decisive group game…today. PHOTO: CAF

Unless South Africa fail to beat Burundi in Group A’s second game at the on-going African U-20 Nations Cup, one of either Nigeria or hosts, Niger Republic will exit the competition today.

Nigeria leads the group with four points, while Niger Republic and South Africa are on two points each. Burundi is on one point and needs to beat South Africa to have the chance of advancing to the semifinals.

On the other hand, Niger Republic must beat Nigeria to move on, while a draw will suffice for the Flying Eagles.

Looking ahead to a tough encounter with the hosts, Flying Eagles’ Head Coach, Paul Aigbogun said yesterday that his boys would go for an outright win.

“This is our most important match of the tournament so far. There would be no looking back. We are playing the host team but our minds are made up to go all out. Only a win can guarantee us a place in Poland.

“Of course, we noticed a few things in the first two matches we played. The corrections we have made would help us greatly in Friday’s match,” he said.

Aigbogun and assistants have the benefit of having played the Nigeriens previously. Both teams fought to a scoreless statement at the WAFU Cup Tournament in Lome, Togo in December 2018. And on Tuesday, following their 0-0 draw with South Africa, Nigeria’s technical team stayed behind at the Stade Seyni Kountche to watch Burundi come from 1-3 behind to draw with the Junior Mena.

As it is, all four of Africa’s flagbearers at this summer’s FIFA U20 World Cup in Poland would be known today. Senegal, who play Burkina Faso in Maradi on Saturday, have already picked a ticket while the Burkina are eliminated after two losses in as many matches.

Nigeria square up against Niger Republic at the same time, as South Africa would be battling Burundi in Maradi. The Nigeria/Niger Republic encounter would give way to the Group B clash between Ghana and Mali. Both have three points each. These three matches will produce the remaining three tickets to Poland.