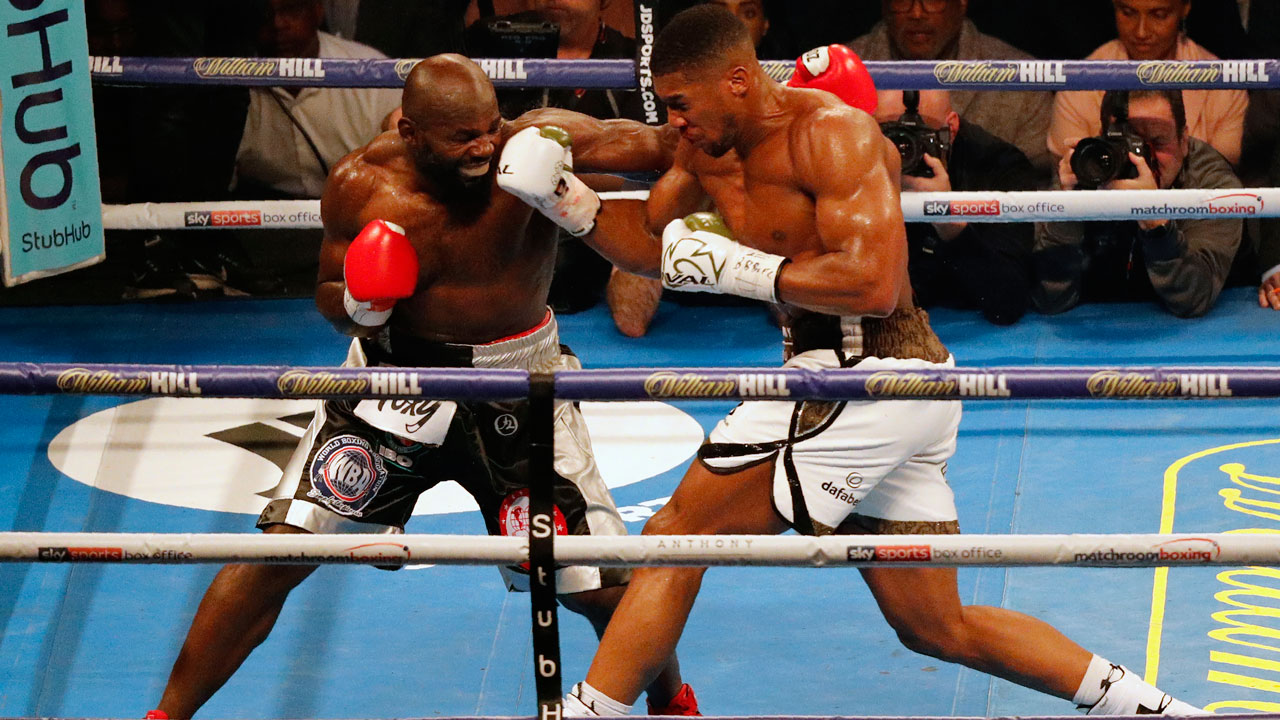 Joshua, 28, successfully defended his IBF and WBA heavyweight titles against Carlos Takam in Cardiff on Saturday and either WBO champion Joseph Parker or WBC champion Deontay Wilder appear the most likely next opponents.

However, Hearn has not ruled out the prospect of a headline-grabbing bout with Fury, who is still waiting for a final ruling from UK Anti-Doping on a suspended drugs ban after the hearing was adjourned in July.

“I think the Wilder fight is potentially one of the biggest in world boxing and I think that fight is realistically going to happen in the summer of 2018,” he told BBC Radio.

“But Tyson Fury is a guy who we’d love to see come into the sport. Whether that’ll happen or not is another issue.

“The problem for him is to overcome the governing body and UK Anti-Doping.

“I think he will come back. I think at some point he will wake up one morning and think, ‘I’ve got to get myself together here’ and go challenge in these big fights.

Fury, whose licence was suspended by the British Boxing Board of Control (BBBofC) last October, has not fought since beating Wladimir Klitschko to win the IBF, WBA and WBO titles in December 2015.

Earlier this month, the 29-year-old Fury said he would not reapply to the BBBofC for the right to fight again, further reducing the chances of a return.