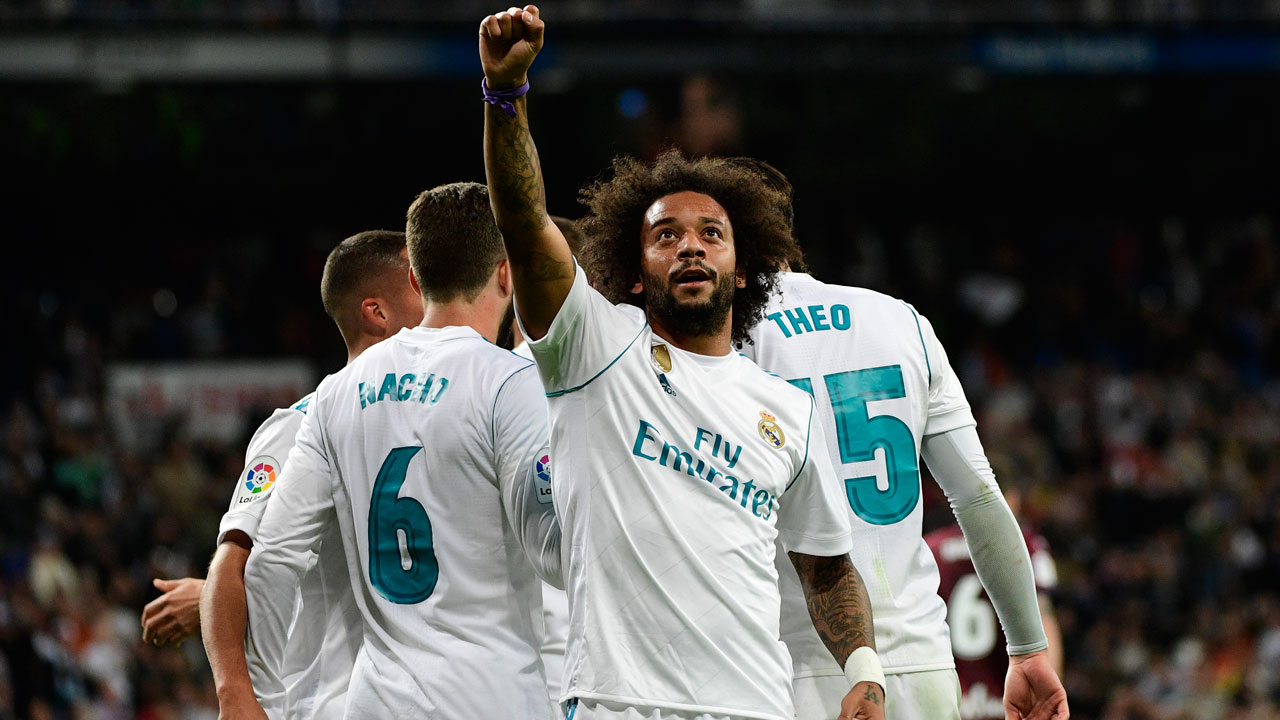 Hot on the heels of a historic few days in Catalonia after separatist leaders voted in favour of a unilateral declaration of independence, Real Madrid travel to the region to face Girona on Sunday (1515GMT).

The match brings the favourite teams of the Catalan separatist leader Carles Puigdemont and Spanish Primer Minister Mariano Rajoy, who is a fan of Real Madrid.

Like all sectors of Spanish society, football hasn’t been able to escape the political tension since violence marred an illegally staged independence referendum called by separatist leaders on October 1.

In Real Madrid’s first visit to Catalonia since, the Spanish and European champions will travel from their hotel to the stadium in an unmarked bus as is common on their trips to the region.

Girona, a city of 100,000 people just over 100 kilometres (62 miles) northeast of Barcelona is a hotbed of pro-independence support.

As at FC Barcelona’s Camp Nou, chants in favour of independence are common at the 13,500 capacity Montlivi stadium in the 17th minute to mark the fall of Catalonia in the Spanish War of Succession in 1714.

Whilst Barca are a powerful symbol of Catalonia, Madrid, winners of their first five European Cups between 1955-1960 during Francisco Franco’s military dictatorship, better represent the nation, according to one historian.

“Real Madrid are, along with the Spanish national team, the team that most represents Spain,” Eduardo Gonzalez Calleja, a professor of contemporary history at Madrid’s Carlos III University and author of an official history of Real Madrid, told AFP.

La Liga leaders Barcelona have tried to walk a fine line during the political crisis.

Club president Josep Maria Bartomeu has shown his support for Catalan institutions and backed the region’s right to self-determination, but stopped short of supporting independence.

Without the huge fanbase in the rest of Spain and around the world enjoyed by Barca, Girona, in their first season in La Liga, don’t have the same pressure to remain politically neutral.

“Girona is a club much more aligned to the independence cause,” continued Calleja. “It is a bastion of separatism.”

Guardiola-backed rise
So what kind of reception can Madrid expect on their first ever league visit to Montlivi?

“Madrid are used to receiving a strong reception in stadiums with a nationalist component, but it is aggravated by the fact football clubs are now being pulled into the Catalan situation,” added Calleja.

Indeed Girona’s rise has coincided with a takeover of the club by City Football Group, who own Manchester City, and City manager Pep Guardiola’s brother, Pere Guardiola.

Former Barca coach Pep Guardiola has been the most high-profile sporting figure to back independence.

Puigdemont was in attendance as Barca beat Girona 3-0 at Montlivi last month, but is not expected to sit alongside Real Madrid president Florentino Perez in the directors’ box on Sunday.

Rajoy is also no stranger to attending games, most recently watching Real lift their 12th European Cup against Juventus in Cardiff in June.

Calls for calm
Yet, despite the frenzied build-up, the protagonists on both sides insist there is no need for politics to overshadow the action on the field.

“It doesn’t need to be a special game for us,” insisted Real coach Zinedine Zidane on Saturday.

“We’re going to play a league game tomorrow, and that’s it. You have to think about the game, not the context.”

Likewise, the Girona boss is hoping for a party rather than a politically dominated atmosphere.

“There is no reason for there to be such alarm,” said Machin.

“For us it is a party that one of the best teams in the world is coming here.”