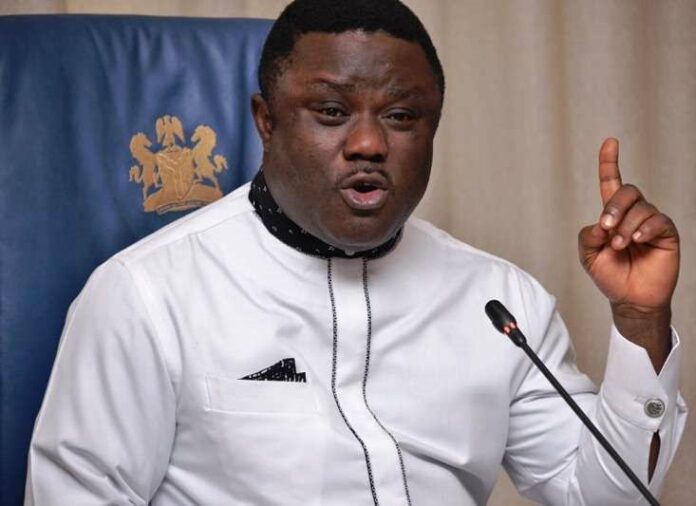 He is the first journalist in the state to be appointed to that position.

Speaking at the swearing-in ceremony at the Executive Council Chamber of the Governor’s Office, Calabar, on Thursday, Ayade commended the new Head of Service for a harmonious working relationship with commissioners of the various ministries, especially, Dr Inyang Asibong, Commissioner for MIDC, where he served as Permanent Secretary.

The Governor said, “I want this to be a lesson to all the Permanent Secretaries, that this is what the relationship between the permanent secretary and Commissioner should be.

“Within the short period of their working together, they have bonded to the point that she could cite his citation without almost reading it.

“It shows clearly that the cleavage that divides us is far seen than the ones that unite us. It shows that a commissioner who has a good attitude and conduct can bring his or her Permanent Secretary so close that they become one.”

He described the new Head of Service as a distinguished scholar, a researcher, a fellow, an outstanding double Masters degree holder in science genetics, management, public administration, as well as in journalism, a distinguished man in terms of attitude, integrity, character, honour and value, adding that he has full confidence in him.

“I know you are self-charged. This is the first time I am swearing in a permanent secretary without giving a charge because I believe that you will know the right thing to do,” Ayade said.

Responding, Akwaji expressed gratitude to the governor for appointing him, saying his appointment had excited the media community in Nigeria.

He assured the governor that as Head of Service, he will work conscientiously to drive productivity in the Cross River civil service.

“I will work with the Civil Service Commission and the Local Government Service Commission, two institutions of the service that are responsible for recruitment, promotion and discipline so that the two services would work smoothly and harmoniously with an aim to providing the key points upon which the laudable policies of government can seamlessly be implemented,” Akwaji said.

He said he will ensure that promotion in the civil service is based on productivity, adding that key performance indicators will be introduced and reckoned with before anybody gets promoted.

He promised to eliminate ghost workers adding “we will try as much as possible to reconcile the nominal roll with the payroll so that Cross River State that has challenges of funds will not accommodate any criminal process in the payroll.”

Akwaji said there was need to reflate the workforce owing to the creation of Akwa Ibom from Cross River which left the state with depleted personnel who are at their various stages of retirement.

Akwaji was variously Editor and Managing Director of the state-owned newspaper, the Nigerian Chronicle. He was Vice President, East, Nigerian Guild of Editors and also Financial Secretary of the Guild.