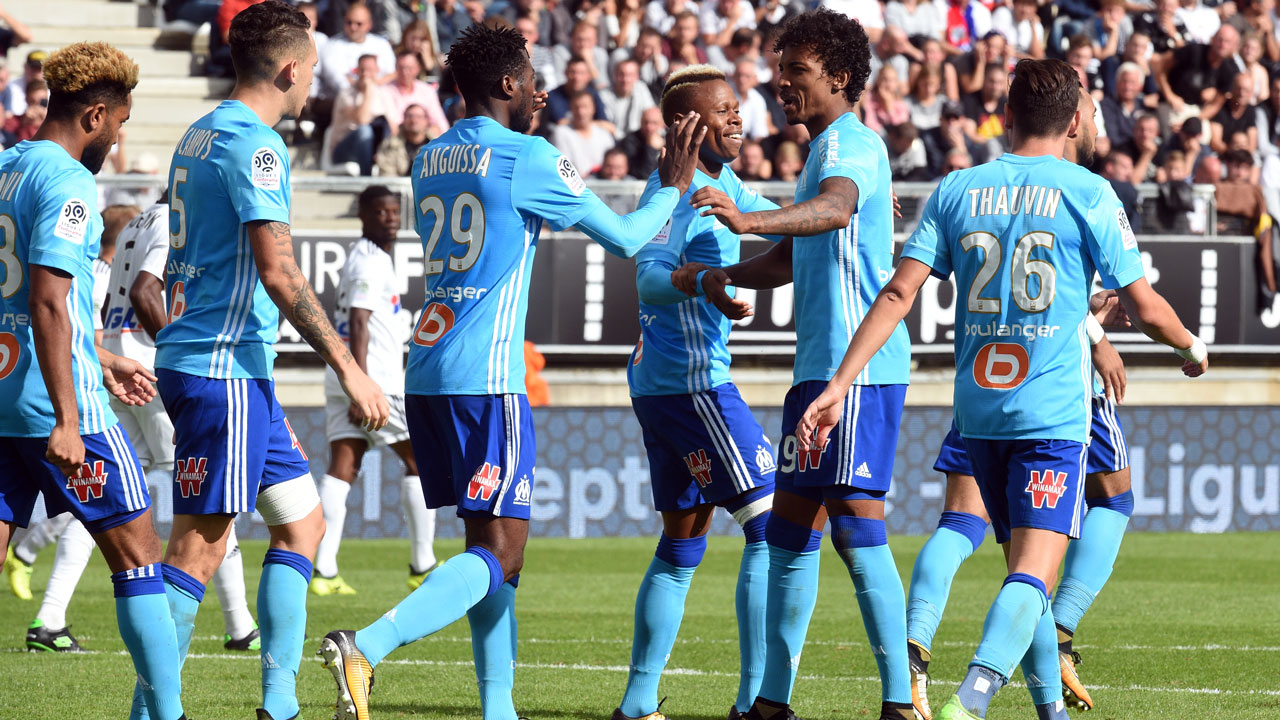 Olympique de Marseille's Cameroonian forward Clinton Njie (C) is congratulated by teammates after scoring during the French L1 football match between Amiens and Marseille on September 17, 2017 at the Licorne stadium in Amiens. FRANCOIS LO PRESTI / AFP

Marseille pulled out of an early season slump on Sunday when a Clinton Njie brace gave the ambitious southerners a 2-0 win at Amiens in Ligue 1.

Under new ownership with a bevvy of new signings Rudi Garcia’s side were thrashed 6-1 at Monaco two weeks ago followed by an embarrassing 3-1 home defeat to Rennes.

But a lucky break up at northern outfit Amiens helped get Marseille back on track for their dream of Champions League football when a deflected cross hit Njie in the midriff and bounced into the goal with the ‘keeper wrong-footed.

In a good sign of things to come Cameroon international Njie, winner of the 2017 Africa Cup of Nations, took his Ligue 1 tally to five.

American businessman Frank McCourt, former owner of the LA Dodgers and Marseille’s new owner, has promised he’ll get them back into the Champions League for the first time sine 2013.

The win lifted Marseille to fifth on 10 points from six games while table toppers Paris Saint-Germain have 15 points ahead of their late game with Lyon.

Saint-Etienne moved up to third as Jonathan Bamba’s third goal of the season from the penalty spot saw them edge out lowly Dijon 1-0.

Nantes continued their good form under Claudio Ranieri, as they beat Caen 1-0 to make it four games unbeaten without conceding a goal while Bordeaux stayed unbeaten with a 1-0 victory at Toulouse.

The importance of proper planning for a better tomorrow