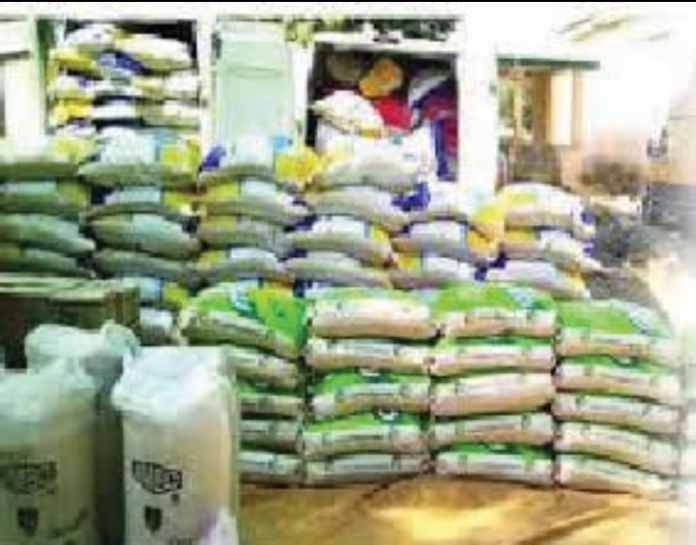 Rice producers and millers have raised the alarm that about 566,000 metric tonnes of foreign rice may be smuggled into Nigeria through the country’s porous land borders at the detriment of locally produced rice.

This came as Federal Government confirmed on Sunday that there was an increase in the smuggling of rice into Nigeria.

As such, the government said it had convened a meeting involving the Nigeria Customs Service and other security agencies to re-strategise on how to address the ugly trend.

The Director-General, Rice Producers Association of Nigeria, Andy Ekwelem, told our correspondent that a document containing the movement of rice from Thailand and India to Benin Republic, which was obtained by RIPAN, showed that over 566,000MT of the commodity had been finding its way into the neighbouring country.

He explained that almost all the bags of rice shipped into Benin Republic were smuggled into Nigeria because the Nigerian population and market for rice was huge.

Ekwelem said, “If you look at this document (obtained by RIPAN), we have well over 184,989 metric tonnes of rice for Benin Republic from Thailand. Four vessels had already offloaded in Benin Republic and one of them was offloaded since August. These are the products you are seeing in the Nigerian market.”

When told by our correspondent that Benin Republic was not Nigeria, Ekewelem replied, “Yes, the products cannot come into Nigeria officially because the Central Bank of Nigeria and the Federal Government had restricted access to Form-M for importers of rice.

Rice is one of the key products in the Federal Government’s food security programme, so they had restricted the approval of Form-M for anybody who is importing rice into the country.

“So what these people do is that they take the rice to Benin Republic and then they send it in through the porous (Nigerian) borders. That is what has been happening for ages.”

Ekwelem added, “I just showed you that of Thailand, now from India you have 381,311 metric tonnes and the first two (vessels) should have landed in October.

“Five vessels had already offloaded in September. Two others had earlier offloaded in August. This is just how it has been since January up till this period.”

Also, the Chairman, Rice Millers Association of Nigeria, Peter Dama, said indigenous rice dealers had complained severally to the government and the NCS over the influx of smuggled rice.

He said, “We have complained and drawn their attention to the fact that the smuggled rice is coming through our borders and that they should take action.

“They have made promises but up till now we have not seen anything done adequately to stop the smuggling of rice into Nigeria. They bring the rice to our neighbouring countries and smuggle it into our country. It is very unfortunate and is affecting our efforts.”

To address this, the Minister of Agriculture and Rural Development, Mahmood Abubakar, on Sunday said the steering committee of the National Taskforce on the Illegal Importation of Rice through the Land Borders met at the agric ministry on the matter.

He confirmed that rice smuggling had been on the rise and must be stopped, as the ban on rice importation had brought about a significant rise in local rice production.

He was quoted in a statement issued in Abuja as saying, “The ministry is very concerned about the increase in smuggling and has convened this meeting to discuss critical issues in order to strategise and come up with concrete measures to enable the committee carry out its duties effectively.”

He noted that domestic production of rice was being threatened by the resumed illegal inflow of the foreign commodity.

Abubakar said, “The resumed smuggling of foreign rice especially through the land borders is constituting a serious threat to these achievements.

“Therefore, if the smuggling is left unchecked it will jeopardise all government efforts to enhance the domestic rice industry and make them ineffective.”

He said there had been so much investment in the domestic production of rice and that government had given out quality seeds of improved varieties, production and processing machinery/equipment, including the provision of modern rice mills of various capacities, per boiler, dryers, colour sorters, among others.

“There is no better time than now to maintain the rice production momentum in order to achieve self-sufficiency for food and nutrition security, job creation, wealth generation and import substitution,” Abubakar stated.

On his part, the Comptroller General of customs, Hameed Ali, said that the meeting had presented an avenue for the committee to deliberate and discuss on curbing insecurity and smuggling of rice into the country.

He said, “The Nigeria Customs Service cannot fight alone in the operation of the border patrol but needs other security agencies such as the Nigerian Security and Civil Defence Corps to beef up the joint operations of the taskforce.”

The Chairman, Presidential Committee on Trade Malpractice, Dahiru Ado, said his committee would continue to track vessels that bring in rice into the country through the Republic of Benin and that the companies involved would be apprehended.

The meeting also had representatives from the Federal Ministry of Finance, NSCDC, among others. 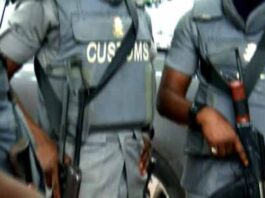 One Dead As Smugglers Attack Customs Officers In Ogun