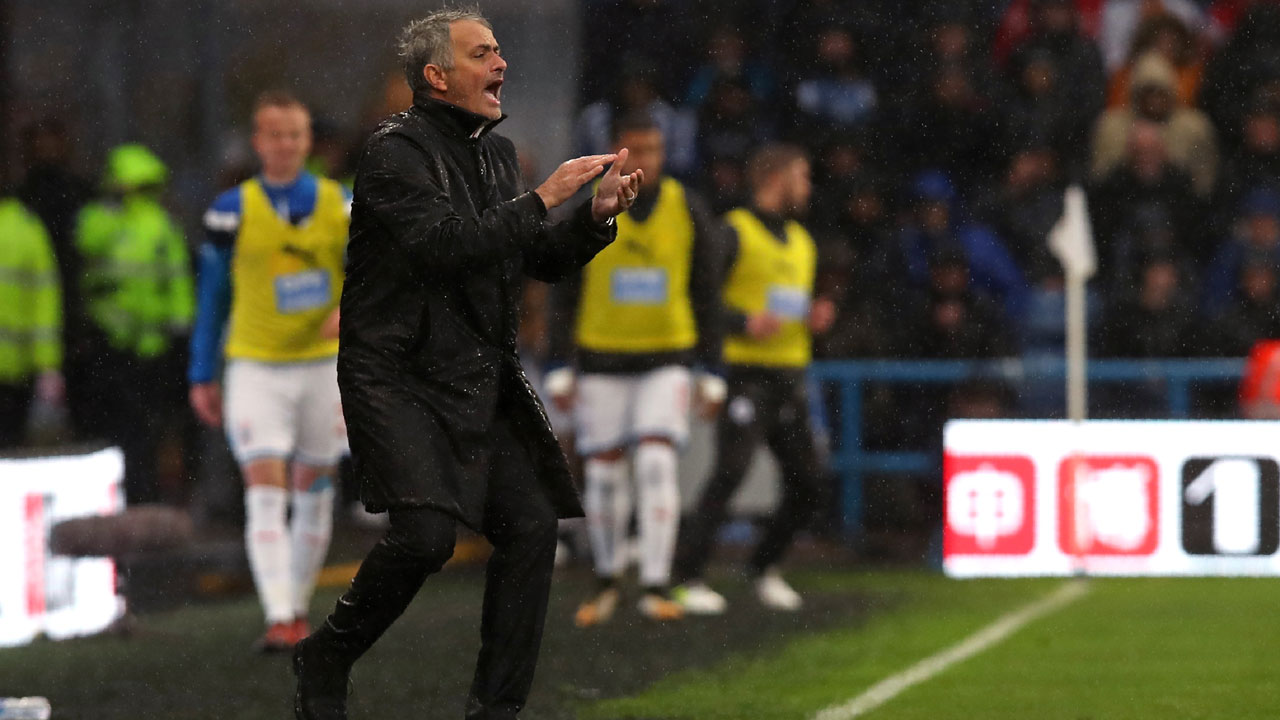 Jose Mourinho launched a withering verbal attack on his Manchester United players following their surprise Premier League defeat at Huddersfield Town and confessed he was shocked by their lacklustre performance.

United were beaten for the first time this season, while promoted Huddersfield’s 2-1 win marked their first top-flight victory over their illustrious visitors since 1952.

Huddersfield’s goals, scored by Aaron Mooy and Laurent Depoitre, were a direct result of disastrous mistakes by United’s Juan Mata and Victor Lindelof.

“In the first half I was waiting for it,” said Mourinho, whose side replied through substitute Marcus Rashford. “It was Mata and Victor, but it could have been another because the attitude was really poor.

“When I lose matches, I like to lose because the opponent was better, had more quality. When you lose because of attitude, that is really bad. “I heard Ander Herrera in an interview saying the attitude and desire was poor. Oh my God.

“When a player says that and a player feels that, I think they should then all go to the press conference and explain why, because I cannot explain that.”

Mourinho’s team had only conceded two league goals, in a 2-2 draw at Stoke City in early September, before Saturday’s visit to the John Smith’s Stadium.

But the United manager was more concerned by the fact it was the first time in his 15 months in charge that he had detected such a poor attitude.

“I don’t even remember a friendly match where our attitude was so poor,” he said. “Of course it concerns me, yes, because if it happened today, why can’t it happen tomorrow?

Having seen their 12-game unbeaten run come to an end, Mourinho said he did not know how his team would react.

“I don’t like to anticipate the reactions because I don’t know how to say in this moment,” he said. “We come here to play a Premier League match, to play for three points.

Huddersfield manager David Wagner, who lifted the club back into the top flight for the first time in nearly half a century, ranked the victory among his “top three” days in charge.

“I live in Huddersfield, so I know a little bit — maybe not 100 percent — how huge this result is,” said the bespectacled German.

“For the town, for the Huddersfield Town supporters, for the chairman, for the board, for everybody who supports the football club. “I’m totally aware that this is a very special moment and a huge result.

“Little Huddersfield Town, in the Premier League for the first time, in the top flight for the first time in 45 years, has now beaten Man United. “I’m aware of it, happy and proud about it, but like always, we will stay humble.”